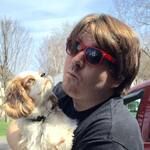 Which neighborhood in Lisbon should I stay in?

I'll be in Lisbon in late December and have been looking at various neighborhoods. I'm ideally looking for a safe, relatively low-key area (I hear Bairro Alto is not) which is walking distance from most of the sites (i.e. 20 minutes.)

You're not really going to find a 'low-key' area just 20 minutes' walk from the 'sights'. Like all European cities, Lisbon's historical heart (where the 'sights' mostly are) is compact and easily walkable....but also, obviously, where the vast majority of visitors tend to stay and where businesses etc have visitors, as well as locals, as their target.

Bairro Alto is certainly very popular for nightlife, nightclubs etc. You might look at the area around Restauradores or in the Baixa district, both of which have plenty of eating places and accomm but not the same amount of nightlife.

All three areas are as safe as any other European city (and a lot safer than many elsewhere in the world) and the latter two are extremely convenient for exploring on foot and by public transport (trams and elevadores in particular).

Alternatively, slightly less convenient but perhaps more atmospheric, the Alfama district might be worth a look. It's the oldest part of Lisbon and largely managed to escape the devastating 1755 earthquake. I've always found it very quiet when I've walked the area but, if you plan to be out very late at night, you might perhaps find its many narrow Medieval lanes and alleyways rather off-putting?

A further option is to base yourself a bit further away, somewhere along or just off the Avenida da Liberdade/Marquês de Pombal.....but the further out you go, the longer it will take to walk to the historical centre and its 'sights'.

I speak as a solo late-middle-aged female traveller, by the way. I've visited Lisbon 3 times. :-)

Bairro Alto is safe but, at night its not the best place to sleep because of the music and people of bars. But, the rest of dowtoun is a safe place to be and, you can visit the city center by foot. Justo to go to belén you have to take the modern tram 15, from , near Dowtown to Belém. To go to Parque das Nações, take the subway. Have a great trip

answered by
Maurizio from Caldonazzo

I' d book a hotel that is around Rossio/Praça da Figueira area. Otherwise I' d look for an accomodation near the Marquis of Pombal Square

These area are convenient if you must take a taxi early in the morning for your flight departure.

Most city sights are easily reachable from these areas by public transportation means; bus, trams and metro.

Have fun in Lisbon

My family and I stayed in two Lisbon neighborhoods which we would recommend: Chiado and Alfama . Both were great and had completely different vibes.

Note: Lisbon is a very hilly city. Walking downhill from Chiado to Baixa and all the places listed is easy but going uphill is another story.

Both neighborhoods felt safe during daylight hours, but we did not explore late at night, so can't comment on that.

Bairro Alto is not that unsafe. It used to be a bad neighbourhood, but that is about a decade ago. These days it's a bit of a hipster place. Nearby Rato is a little more quiet but still young and fairly hip and you might want to give that a look. The area that can get a little bad at night these days is more Cais do Sodre but it's still not that bad.