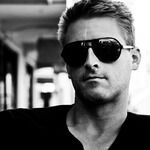 Where to live for 3 months in Lisbon

Hi! My girlfriend and I want to spend October, November, and December in Lisbon. We would be taking 3 months off from work and exploring Lisbon and Portugal. We want to meet locals and get to know what its like to live in Lisbon. We would rent an apartment for 3 months but take day trips and a few other trips to Spain. Any general advice or guidance on what neighborhoods would give us the best feeling for life in Lisbon. We are both 33 years old. Thanks!

Brian
We decided on Baixia. We found a good value on a nice apartment so fingers crossed we will be happy:) thank you for your suggestions. We will definitely be visiting those other places too!

answered by
Jodi from Funchal

I spent a month in Mouraria, not far from the Martim Moniz metro stop. The area is really interesting. When Lisbon was hit by an earthquake, tsunami, and then a fire in 1755, much of the city went up in flames. Mouraria had many buildings that were unscathed. It's thus older in feel, with narrow lanes and tiny restaurants with no names. It also houses an immigrant population that you don't feel as much elsewhere in the city, which was part of why I wanted to live there. With restaurants like Jesus é Goês and Restaurante Zé da Mouraria and Restaurante Cantinho do Aziz and The Food Temple, it's also a really interesting place to eat because it gives you a chance to sample not just great Portuguese food, but also amazingly authentic ethnic eats.

A lot of friends enjoyed Alfama (they were not far from the Memmo Alfama Hotel Lisboa). It's fun for a few days but I found it too touristy -- not in the shops/attractions, but literally there were just too many tourists milling about. In contrast, Mouraria really felt like a neighbourhood. Hope this helps!

answered by
Gonçalo from Lisbon

It's not easy to rent for 3 months, but I would advice Saldanha, Campo Grande, Lapa, Campolide or Restelo. If you want anything really on the downtown, Bairro Alto, but would not advice it.

Let me know if you want to meet any other cities around here like Aveiro, Porto, Faro, etc :)

Brian
Thank you for your answer. I decided on a place in Baixa before I saw your answer. What was your reason for not advising downtown? Will I regret being there? Thanks!

answered by
Michael from Lisbon

Though I am hopefully going to be living here permanently, I know some people who rent short term places (I am currently in a 3 month place, until my visa is completed). So it's not too hard to find short term. As for living, I like Palacete de São Bento or Santos, both fairly central and a short walk to everything fun, but far enough away to be quiet at night. Also, Marquês Pombal and Sao Sebastio. They are a little farther out, but not really far at all, and a little cheaper since they are not central. Anjos, Intendente, Martim Moniz will offer a little more ethnic diversity and maybe even more cost effective, and also off a metro line direct to the center.

answered by
Filipa from Lisbon

To stay in downtown near everything but in a quiet, centric and very real neighborhood check Centro Comercial Mouraria (Mouraria) in the Castle's hill.

answered first by
Bianca from Miami

Baixa and Chiado are popular neighborhoods in Lisbon. Bairro Alto has a great restaurant and bar scene but can get kind of dangerous at night.