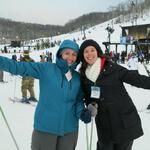 My company is sending me on a last minute trip to Lisbon this weekend. I know very little about the city and was looking for some recommendations on must see sights. I will have two full days and a half day when I arrive.

I was also curious if there are any squares with a Christmas market. And if it is safe for a young woman to be out alone at night. I've heard Lisbon can be dangerous, but I've heard that about most European cities and never had a problem.

Any advice is much appreciated as my plane leaves Friday!

top answer by
Aline from Leiden

Lisbon is not dangerous, not more dan other cities... No more than Paris, Barcelona... There are some areas more dangerous but I never had trouble. It is just using your common sense. You can walk with a purse outside, there is no problem with that.

Bairro Alto can be a bit more dangerous, because it is crowded and full of tourist, so of course it attracts... But It is definitely a place you should go see at night, go take a drink there with someone. Its full of bars and full of people ( and yes sometimes drunk and yes sometimes they steal) But you don't have to feel scared and you wont because there is so much people.

The cabs are relatively cheap so take one, if you need one :) at night.

Go  Rossio, stay there in the area if you dont already have an hotel. Its definitely the centre. People are really kind, i would say the most kind people of Europe. My experience is if you ask your way they almost walk with you to your destination haha.

answered by
Galician from Ourense

Hello! Be careful at night because you can have troubles. You should visit the Praça Do Comércio (Terreiro do Paço). It is a big square beside the river where you can see the other side of Lisbon. It is a beautiful place. Enjoy It!

answered by
Goofie from Belgium

You can start by taking the antique tram number 28 in Rua da Conceiçao which takes you up to the  Castelo de São Jorge. There you have a great view over the city. Afterwards you can go to the Miradouro de Santa Luzia, covered in blue 'azulejos' and stroll down the little streets in the  Alfama, the old neighbourhood known for the Fado music. Lots of restaurants that offer a dinner with live music. It's been a while since I've been there, so I think it's better to ask to a local for a good place.

If you're in Lisbon on a sunday, then you're lucky because you can visit the  Mosteiro dos Jerónimos and the  Torre de Belém for free! Just get there early to avoid the crowds. They are right across the street of each other. To get there you'll have to take the tram at the  Praça do Comércio because these are too far to go on foot. In the church of the monastery lies the grave of Vasco da Gamma and the monastery itself it's very pretty too. If you're lucky like I once was, you can catch a concert of a children's choir! The Belem tower is actually located in the river. But don't worry, there's a little bridge so your feet won't get wet :-) After these visits you'll get a bit hungry. You absolutely have to try the Pastéis de Belém. You will have to get in line because they're really popular but there's a reason for that. It's a very little pastry and it's absolutely yummy!

When back in the centre, you can go see the  Elevador de Santa Justa. It's an old elevator built in 1902. Very beautiful, also on the inside. It takes you several storeys high with a nice view over the downtown area.

The  Bairro Alto neighbourhood is quite cosy with little bookshops and cafes. Somewhere in the streets you'll bump in a statue of the very known Portugese poet Fernando Pessoa.

I don't have a specific favourite restaurant, but you have to try the grilled sardines. Typical for Portugal. Simple, cheap and tasty.

Then there's the  Parque das Nações, where the Expo 98 was built. It's transformed to a commercial neighbourhood with shopping malls, the  Oceanário de Lisboa (quite impressive!), a cable way, beautiful modern architecture from the "leftovers" from the Expo. If I remember correctly there's a direct bus from the  Praça do Comércio.

There's plenty to fill your two days in Lisbon :-)

As for your question about safety, some beggars in the centre can be quite persistent and annoying. Best is to just ignore them and they'll leave you alone. Try to avoid the Praça da Figueira, I always feel a little uncomfortable over there. But mostly enjoy your stay. Lisbon is not dangerous, just keep your eyes open like you probably usually do.