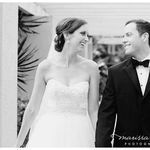 How can I best see the city!?

My husband and I are going to Lisbon/Madrid/Barcelona in May and we are having a particularly hard time finding a tour company that we want to use to explore Lisbon. We love exploring by ourselves, but are a bit intimidated by all the modes of transportation available in Lisbon. Does anyone have any recommendations on how best to see the city? What order to do it in, and how to get there? We also want to take a day trip to Cascais or Sintra, any recs about that? Thanks!

top answer by
João from Lisbon

Depending on where you're staying get tram car number 15 from Praça da Figueira to Mosteiro dos Jerónimos and go to the tourist office (small one in the corner of Praça do Império).

Next to the tourist office:
- Mosteiro dos Jerónimos

Three gardens next to each other (from west to east):
- Praça do Império
- Jardim Vasco da Gama
- Jardim Afonso de Albuquerque

Bairro Alto: from downtown "climb" to Bairro Alto through Chiado during the evening/night (maybe dinner and/or drinks).

Take the subway, Red Line to Oriente. Take a walk by the river both in south and north directions. There are plenty of gardens, restaurants and bars there. Alternatively you can ride the cable car with a panoramic view.

Depending on where you're staying catch the train from Sintra line which begins in  Restauradores and go to the end of the line (Sintra).
It's better to come back to Lisbon for dinner or maybe get a taxi after dinner. The train _may_ not be the safest choice during the night.

Go to the tourist office. Just ask for "turismo", locals will hopefully show you the way.

There's much to see/visit (check ﻿http://www.parquesdesintra.pt/en/﻿):
- Palácio Nacional de Sintra
- Castelo dos Mouros
- Palácio da Pena
- Quinta da Regaleira
- Palácio de Monserrate
but you have to plan your walks in the tourist office with the maps they give you, since it is a large and steep area.

Depending on where you're staying catch the train from Cascais line which begins in  Praça Duque da Terceira (Cais do Sodré) and go to the end of the line (Cascais).
It's better to come back to Lisbon for dinner or maybe get a taxi after dinner. The train _may_ not be the safest choice during the night.

Go to the tourist office near the station.

40 min walk by the sea along Baía de Cascais. If you like you can rent a bike in the end of the walk and go further on the bike trail (it's a nice trail always by the sea).

Andrea
This is amazing! Thank you!

Courtney
Wow, what an awesome answer!!!

answered by
Martýn from Barcelona

The best way to see Lisbon, is by using public transportation (BE AWARE OF PICKPOCKETS).

Then, go to Fatima, Obidos, Batalha, Nazaré, and to the coast.

In your hotel they'll have, for sure, some great organized tours (we got ours in our hotel, Zenit).

answered by
Lauris from Uithuizermeeden

Explore Lisbon by tram. It's really cool and takes you everywhere! Buy a 24 hour ticket at a post office, than you can step out everywhere you want. Otherwise you have to pay everytime you get in.

Easy!Yes - Lisbon is easy to get around .Use the subway and the streetcars.A number of tour companies combine Sintra and the coastal resorts on day trips.That's the way to do it if your short on time.