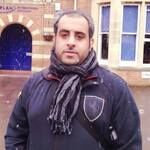 Best way to get to Liechtenstein from Brussels

I'll be visiting ﻿Liechtenstein﻿ from Brussels, Belgium. What is the best and shortest way? Air or Train?

answered first by
Brett from Eindhoven

If you're flying to Liechtenstein...the easiest option is flying into Zurich Airport, taking the tram to the Zürich HB and then a train to Buchs SG, Bahnhof.  From there you can take a bus into Schaan (and then to Vaduz.  You can also get the train from Zurich to Sargans, Bahnhof and take a bus from there direct to Vaduz, Post.  Either of these is around €40 on top of airfare. The only direct flight seems to be around €300 on SwissAir (1hr 15 min) while connecting flights that take 3-5 hours start around €180-200, at which point the train may be just as fast.

Taking the train to Liechtenstein generally involves a train into Paris, a transfer between stations from Paris Nord to Gare de Lyon, then the train to Zurich and on to Sargans before the bus to Vaduz.  This is around 8 hours and €200 or so.

Driving is around 7.5 Hours, but less recommended if you're going during wintertime as portions of this could be rather snowy.