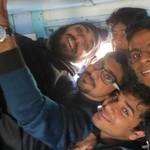 answered by
Brad from Ubud

Hey Akash - I hope you won't mind if I recommend that you spend some time outside of Leh during your 7 days since there is so much beauty to Ladakh outside the capital. And Leh itself really only needs a few days to see everything.

There are two villages that are absolutely special and hopefully you can fit them into your itinerary.

Sakti is one of the most beautiful places I've ever been. It is a very good example of a traditional Ladakhi village - from the charming irrigation system, to the Buddhist / agrarian way of life and the beautiful views of the mountains. Definitely worth a visit for a day and a night. It's hard to find accommodation there but it's one of those places you show up to and hope that some family will take you in (that's what happened with us). I took this photo (below) when I was there and it really speaks for itself. I also wrote about my trip to Sakti it on ﻿﻿﻿﻿﻿﻿﻿﻿﻿﻿﻿my blog﻿﻿﻿﻿﻿﻿﻿﻿﻿﻿﻿. 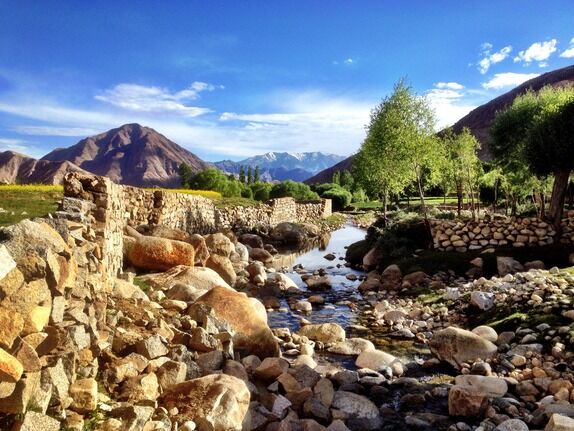 The other village is Turtuk in the Nubra Valley. Turtuk is a quaint muslim village at the edge of India. It is also beautiful but in a totally different way to Sakti. It really feels like the end of the earth there - the Shyok river is wild and black and from the silt, the mountains rise up and surround the village which sits on a plateau, the town has its own traditional irrigation that winds its way around every house and field in town. The people there are some of the nicest people you'll ever meet and the village has this simplicity and purity that is so wonderful to immerse yourself in.

To get to both you'll have to organise a car from Leh - there are plenty of travel agents to help. With Turtuk they often bundle it into a 3 days, 2 night journey with the second night at the dunes at Hunder. If you can, try to negotiate to stay two nights in Turtuk instead. Hunder is nothing special and it takes 6 hours to get to Turtuk from Leh. It seems really rushed to leave less than a day after you reach there.

I've also forgot to mention ﻿﻿the Buddhist monasteries﻿. There are plenty of them and they are stunning and definitely worth visiting - but much has been written about these places already.

I think a good itinerary would be to have a few days in Leh to acclimatise, a few days around Sakti and nearby monasteries of Shey, Thiksey, Hemis and then a few days in Turtuk.

I hope you enjoy Ladakh - it is one of the most magical places on earth.

Debbie
All of this sounds so cool! Great posts as always; both here and on your blog :)

answered first by
Scott from Chicago

Have a look at the Lotus Hotel. I'm looking into staying there during my trip because it looks very clean, nice and centrally located.