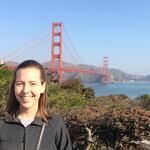 Vegan options in Las Vegas near the Venetian?

I will be traveling with my non-vegan family, so it would be great to find food options both vegan and not at the same place.  No budget restrictions.  We're staying at the Venetian, so in that area would be the best but we will explore beyond as well.

answered by
Sidney from Denver

Hello Audrey. The Wynn Hotel Las Vegas, which is fairly close to the The Venetian, has the The Terrace Pointe Cafe. They have a whole separate vegan/vegetarian menu, I don't think it's online unfortunately, but I'm sure you can call. I went for brunch, and it was great. Sitting on the patio is lovely because it overlooks the pool at The Wynn/Encore at Wynn Las Vegas. I know that the Wynn also has other options for dinner as well, but I didn't try it.

The beauty of dining in Las Vegas is that they're known for their buffets, which has something for everyone!  I've never been to Vegas as a vegan before, but I've been several times as a vegetarian, and I never had problems finding anything to eat.  I enjoyed the buffet at Bellagio Hotel and I hear that The Venetian is good.  From a vegetarian friend, I heard that the buffet at the Wynn Hotel Las Vegas was especially delicious.

You wouldn't get as much bang for your buck, or as many options (you probably already know this as a vegan though!), but since budget isn't an issue, this will be good for dining with non-vegan folks.  The price per person for a buffet is typically $30+.  Some have lunch specials.

Hazel
The Mirage is excellent. There is something for everyone. Mirage has hummus etc.