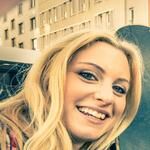 Is it better to stay on or off the Las Vegas strip?

I'm planning my first trip to Vegas for a fun weekend with friends-- do you recommend getting a hotel on the strip or off the strip? What are your favorite hotels in each? We are hoping to get something affordable.

I would personally recommend staying on the strip especially if it's your first time. The only reason to go off the strip is if you aren't interested in the night life or budget. However, if you are with your friends and want to enjoy what Vegas is - which let's face it - is basically the strip, then I would highly recommend choosing one there. The traffic is always bad getting to and from destinations so you don't want to have to do this every time you need to get back to your hotel off the strip.

I love staying at the The Cosmopolitan, the crowd is young and I love the rooms. If you want something a little classier (crowd can be a bit older), Bellagio Hotel is always nice (plus I love their bakery and creperie and if you get a room with the fountain view, it's always beautiful). The Cromwell is a newer one with Drai's Beach Club, Nightclub, I haven't stayed there, but you can check it out online. 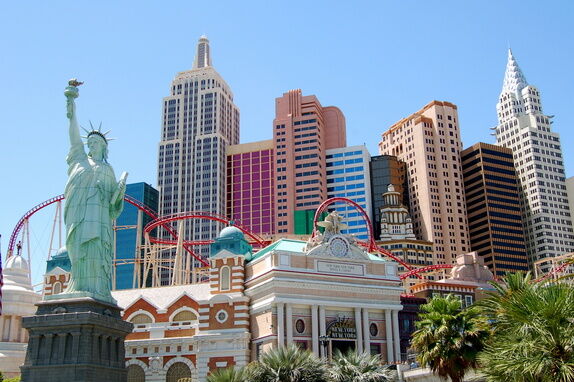 I personally really like The Cosmopolitan and the restaurant China Poblano on the second floor can't be missed!

If you want to stay at a cheaper place, I have heard the renovated rooms at the Luxor Hotel and Casino are nice and don't break the bank.

answered by
Brett from Eindhoven

From my experience, unless there's a major event going on in town at the same time as your visit, you should have no trouble finding affordable lodging on the strip. Even if these are a few dollars more than off the strip, you'll likely save the difference in taxi fares, etc.

Be sure to look at the full hotel rates, as sometimes a hotel may have a cheaper room rate, but then include a resort fee for use of the pool, etc. which they charge even if those facilities are closed for the season!

And depending on what you want to see and do, be sure to take taxi distances into account for where you choose.  If you want to visit the mail strip but also old Las Vegas (Fremont Street Experience area), you may wish to consider lodging further up the strip towards the Stratosphere Casino, Hotel & Tower vs. something down near the airport, near Mandalay Bay Resort and Casino / MGM Grand Las Vegas (or the Tropicana Las Vegas - a DoubleTree by Hilton Hotel).

Vegas is actually one of the best cities for finding hotel rooms because they have more hotel rooms then they can fill (unless it's a big event weekend like fight weekend or Super Bowl). So if it's about budget, then you won't have a problem. City Center is going to be the most expensive. South Strip you'll find some reasonably price rooms at MGM Grand Las Vegas and Mandalay Bay Convention Center. Further north you'll find good rates at Caesars Palace and Treasure Island, just to name a couple. Just beware that wherever you stay, you'll be paying a resort fee.

I actually really love Downtown. However, if you're going to be spending a lot of time on the Strip, then I don't recommend it since you'll rack up taxi charges. Nonetheless, I definitely recommend going. It's the cool side of Las Vegas that the Strip never will be. Highlights:

Commonwealth. Cool bar, but even cooler is "The Laundry Room" which is a speakeasy through a secret passageway in the back. 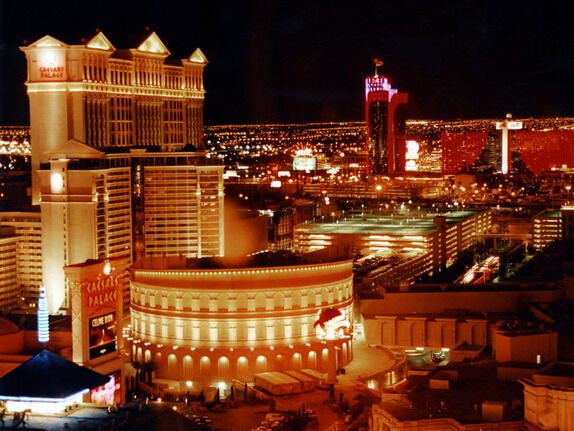 Good alternative is The Hard Rock Hotel & Casino for pool, party and price. Though bit more cab riding to just ride the strip.

Stratosphere Casino, Hotel & Tower and everything north of that are bit far as well, though the tower of stratosphere can be fun!

The whole thing is an experience anyhow.

Book well ahead and watch out for extra charge or included in price of the resort fee, or pool entrance. A decent room price on weekends should be 100-150 dollars, except if there's some hiped event, the price will go to 400 while during the week same for 70! 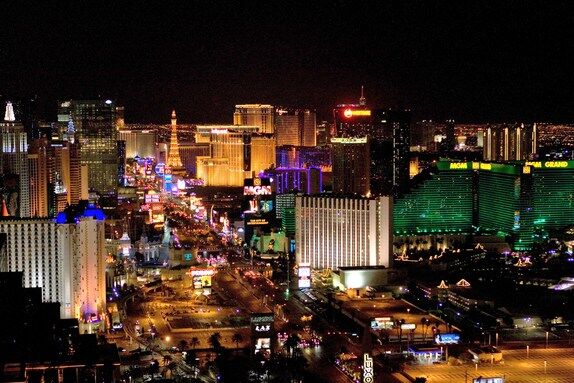 Hi Allie. It depends on the budget. In my opinion, staying on The Strip will make the walk of almost 5 kilometers much easier and helpful.  As you probably might know, every single hotel has a very unique and must see spectacle therefore make an effort  to start your walk on the Stratosphere Casino, Hotel & Tower and end it at the Mandalay Bay Resort and Casino.  I am sure there must be cheaper hotels off the strip unfortunately I can not recommend any on this area. However, I am sure you will get information from another of our Trippys. First time I visited las Vegas we stayed at The Sahara Resort & Casino, unfortunately this hotel has closed. Back in 2012 I stayed at Treasure Island hotel; and I can tell it is a very nice hotel that sometimes offers good deals. Good luck!!

answered by
jarrett from Freeport

The best option for a first time visitor is to stay on the Strip. The great thing about the strip is that it has price ranges for every budget. Remember though that almost all Vegas hotels have Resort Fees that are separate from the prices you are quoted online, its like 30$ extra a day and only is paid at the hotel. I love The Mirage but there are many great hotels. I would suggest you use a travel site such as expedia put in your dates and see the average prices. Then you can check the ammenites of that hotel for example some hotels may have an extra charge for wifi. There are hotels such as Circus Circus Hotel & Casino that are less than $50 a night, it is more geared towards a kids kind of hotel. So it depends on if you just want a place to sleep or you want a real nice place.  Also best if you could to book ticket and hotel at the same time usually saves money

answered by
Frank from Las Vegas

First trip? On the strip. Favorite...Wynn Hotel Las Vegas..very nice property but a bit expensive. If you're on a budget then get a room at New York New York Hotel & Casino or Circus Circus Hotel & Casino. Be advised there are a ton of kids at the latter property. Nicer clubs and things to see around NY NY.

Wow... first trip... you HAVE to stay on or near the strip.  The most affordable hotels you might want to consider are the Stratosphere Casino, Hotel & Tower, the SLS Las Vegas Hotel & Casino (the old Sahara Hotel), Excalibur, sometimes Luxor Hotel and Casino and Hooters Casino Hotel. Nearby is also the Rio All-Suite Hotel & Casino which is nice and usually reasonable. To get a good value, try searching with Priceline or Hotwire and choose 3 stars and up.  Another possibility is to search Groupon for deals.

For enjoying the "vegas experience", make sure you spend some time in City Center (and if you like pizza, check out Secret Pizza), Bellagio Hotel (and the fountains), The Venetian/The Palazzo Resort Hotel & Casino and the The Quad Resort & Casino. Every major casino has its own set of bars, night clubs, restaurants, etc.  You can have a bit of fun on the walk near the Linq and its observation wheel.  There's half a dozen bars you can "crawl" and it's about in the center of the strip.

answered by
Diane from Branford Connecticut

OK listen up, do yourself a favor & rent a car in advance.  Take the shuttle right from the airport & your car will be waiting for you.  Also check in advance on different web sites I found the best prices on Economybookings.com/cars. The reason why I say to rent a car is you do not have to depend on taxi's buses or any other means of transportation & just about every hotel has valet parking.  It's a lot of walking & valet is the way to go for a slip of a couple of dollars dropping off & picking up.  We are going in November & for the 1st time staying in downtown at the Plaza.  They are only about $40/night and you can walk within very close range to a quite a few casinos.  Golden Nugget is classic, Binions is right there, Fremont Hotel & Casino, 4 Queens.  This what we laughingly call the "seedy part of town" because it is less classy but tons of fun.  Don't miss the Fremont Street Experience.  There are several shows every night.  Daytime & night time in this area is home to a bunch of very reasonable vendors for all kinds of souvenirs hats, t-shirts, sweat shirts, jewelry, everything you can imagine.  You will probably go twice during your stay.  Food & drink is very reasonable.  There are casinos that are only 20-30 feet wide & long that are fun to just spend a few bucks in.  Totally different from the strip.  I will say a significant difference in the walking area.  Do not get me wrong I love the strip as well, but walked once & will never do it again!

On the strip for sure !!! There is so much walking to do , and its mostly on the strip :) The Flamingo Las Vegas is in the middle of the strip and its super affordable ! I've been three times and stayed at this hotel twice :) have a great time Vegas is awesome !!

answered by
Gordon from Los Angeles

It's always a personal choice -- I've stayed at about 15 different Strip hotels over the years, some better some worse.  But nowadays, my favorite place is Palms Place Hotel and Spa, which is about a mile off the Strip.  Ask for a room facing the Strip, and you'll have a glorious night view whenever your day/night has come to an end.  A taxi is cheap, and will take you to exactly the spot on the Strip where you want to be (it's a long walk from one Strip place to another!) Shuttles also run to and from the Strip from there, it's next to the Palms Resort and Casino (used to be the Playboy Club hotel) and the rooms are ultra-chic studio-apartment sized (600 square feet), or bigger for the one bedroom suites.  They're always priced less than the Strip, and well worth it.  Good restaurants and bars on the premises, too!

Do not go off The Strip. Do not wander past The Wynn Hotel Las Vegas or MGM Grand Las Vegas. Stay inbetween to be safe. They mix nice deals with flights.