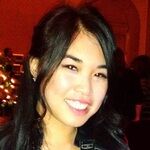 I'm planning a purely for pleasure trip to Vegas soon and would love some suggestions for good restaurants!  I've only ever been as a kid and for work as an adult, so I've really never had a chance to experience Vegas like this before.  All ears/tastebuds for suggestions!

Stripsteak is my favorite place to eat. The food is great, wine list is solid, and the booze can be poured over that they call the "perfect ice cube". It's a cube of ice that barely fits in the glass... super boutique. But what i like most about this place is sitting at the bar. You're pretty much out in the open... sitting up high and able to check things out. Also, if you order food, instead of bread they bring out complimentary french fries made in duck fat.... with 3 types of catsup. They are all great. And since this is a Michael Mina restaurant they pour complimentary bottled water too. Nice feature.

If you end up staying at the Cosmopolitan, American Fish is nearby in the City Center. It's another Michael Mina restaurant so food is great, but here is the call: Go for happy hour. They have a happy hour menu with $4 items, but of which is an open faced prime rib sandwich. Off the charts! I love this program because it allows you to get some killer food early, and you still have the whole night ahead.

Joe's Seafood Steak & Stone Crab has become a tradition on every trip i make to Vegas. Get some medium claws and a steak. You can't go wrong. You'll thank me later.

SW Steakhouse at Wynn Las Vegas is in the Wynn. Expensive, but if you want to splurge one night, it's a good choice. Get a seat outside so you can watch the psychedelic frog show in the pond.

Nobu Restaurant is such a well known name i almost feel obligated to go here. The food is good, but there is something about the place that doesn't make seem as special as Nobu should be.... maybe because it's in the Hard Rock Hotel. I've also found the staff to be on the snobby side. But as far as sushi in vegas goes, it's probably one of the best.

One of my favorite restaurant in the world is Joe's Seafood Steak & Stone Crab. Filet and stone crabs will do you right. Taz Pinot Noir to go with the filet. Great spot for a long, lazy, indulgent lunch.

answered by
Craig from Brookfield

Mon Ami Gabi Paris Las Vegas - A front row seat to the city, a fraction of the price of Eiffel Tower restaurant that is a true tourist trap. Plan dinner around sunset for an awesome dining experience.

Debbie
Thanks, Craig, for steering me away from the tourist trap and to what's legit! :)

Mike
Totally agree w/ Craig -- ask to sit on the patio and you can have great views of the Bellagio fountains across the street!

answered by
Kenin from Florida

Hash House A Go Go is a great palce to go for fresh delicous food and huge portions.

Debbie
Thanks, Kenin! By the looks of the name, I take it it's a diner? :)

Kenin
No not at all a diner. In fact they have 5 locations that are all pretty schnazzy. If you want to know more check out a blog post I wrote about them. http://www.theconstantrambler.com/hungry-for-hash-house-a-go-go-las-vegas-restaurant-review/

Annemarie
Kenin, you have the best tips!

Dave
Please try my favorite dish! The Sage Fried Chicken Benedict. Ingredients: Andy's sage fried chicken w/ fresh spinach, hardwood smoked bacon, market tomato, griddled mozzarella, chipotle cream and scrambled eggs. It is unbelievably good. I don't even eat fried chicken, but this sounded so good, I just had to experiment. W-O-W...Every bite is as good as the first, right to the end. You know how when you have a great entree, about a third of the way into it, you're pretty much done, and the awesomeness has worn off? Not the case here. I've gone back three times to see if it lost it's luster. No, ma'am. Still fantastic start to finish. I'm gaining a couple pounds just thinking about it. :) Bonus Tip: I'm a healthy eater, and if you're like me (not a fried food person), you'd typically expect fried chicken to be a greasy experience. Not the case here, yay! Double Bonus Tip: Don't try to have 3 regular meals this day, trust me, you'll feel like Jabba the Hut the next day! This is extra tasty and compelling, so you will be not be able to stop until it's gone, and you will be quite full. You won't need to eat again until dinner, and you should have a light one. I'd recommend going for breakfast at 10am, then relaxing in the early afternoon, going for a light jog, walk or bike ride later in the day, and having a nice salad and plenty of water for dinner. The next day, you'll be back to normal.

I live in las vegas and one thing I love is the great variety we have. If you want the best food, then a great website to look up is www.bestoflasvegas.com. Each year restaraunts are voted on by locals and are given an award each year. This will help you with your decisions based on what you are craving for the day. They have every type of food you could ever want, hope this helps :)

Debbie
Cool. Thanks for the suggestion, Jen! :)
comments (1)
likes (2) thanks

answered by
Emma from Stanford-le-Hope

answered by
Mike from Las Vegas

If you're in Las Vegas for a couple of days, I recommend that you hit at least one buffet to round out your Vegas dining experience. I live here so have been to quite a few over time. Bellagio Hotel is amazing (but amongst the most expensive), Caesars Palace is wonderful, Green Valley Ranch Resort & Spa (off strip in Henderson) is very good, and the Rio All-Suite Hotel & Casino seafood buffet is middle of the line from a price and quality perspective, but if you're into quantity vs quality like I occasionally am, there is something really gratifying about wallowing in the unfettered gluttony of unlimited shrimp, oysters, sushi and crab legs. Just consider skipping lunch before you go to a buffet so you've got plenty of capacity/appetite built up! And if you want to blow out the buffet experience to the maximum, buy a ticket to the Buffet of Buffets which will give you unlimited access to all of the buffets at any of the Caesar's properties in Vegas (for 24 or 48 hours. I've not done this before, but have heard great things from other gluttons who have. :)

Debbie
Oh wow, an unlimited buffet pass -- I don't know if my stomach is ready for that!!!!! I've been to the Bellagio buffet before, but never Caesar's Palace, so maybe I'll give that a try. Thanks for your recommendations, Mike! :)

I ate myself silly at Morels French Steakhouse & Bistro at the Palazzo. Caviar, fish, strip steak and enormous desserts and cheese plates. It's decadent and amazing. On the more modest side, there's a great Chinese place in Monte Carlo Resort and Casino called Dragon Noodle Co. as well as a sweet Italian spot, D.Vino Italian Food and Wine Bar where I recommend you order bottles of prosecco and all of the gelato.

Debbie
omg at prosecco and gelato! I'm liking the sound of all of these. Thanks, Annemarie! :)