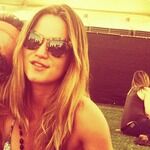 Birthday weekend in Vegas- where to stay?

My friends and I going to Vegas for my birthday over Labor Day weekend! We need a place to stay that isn't outrageously expensive, but has a lot going on. We'd like to stay in a hotel that has daytime pool parties. There are 5 of us and we're open to getting two rooms or a suite, if it's worth it. Any suggestions?

Those hotels also happen to have some of the best nightclubs currently in Vegas (Actually the top 3 in my opinion) which are Hakkasan Las Vegas Restaurant and Nightclub (MGM), Marquee Nightclub(Cosmopolitan), and XS Nightclub (Encore). I don't think Light Nightclub, Mandalay Bay at Mandalay Bay is as good as the other three but it is by not bad either. Probably still in the top five.

The hotels mentioned all have great restaurants as well.

Mandalay and MGM will probably have the best prices on rooms. I tell people to use hotelscombined.com for the best room rates as it is like kayak.com on steroids. If it is a big fight/concert weekend at the MGM or Mandalay Bay, you MAY get a better rate at the Cosmopolitan or Wynn but even then, they will usually cost a bit more.

The MAJOR dilemma you will run into is that almost EVERYWHERE will be "expensive" relative to normal rates. Even the 2nd rate hotels like the Flamingo, etc. will be pricey. You are coming on one of the most expensive weekends of the year.

If you can, I would try to come two weeks before if possible as the weekend immediately before a big holiday like labor day is usually kind of slow. The good news is that there are great prices those weekends though.

It is really about what matters more to you. A crazy party or price. Generally you will get what you pay for here.

Talia
Thanks so much, Thomas! Really helpful information :)

I like Thomas's answer. I think he's got it covered. One thing to have a look at is www.TheSuitest.com. They find killer deals on suites and it works great for Vegas. Have fun!

MGM Grand Las Vegas has Wet Republic Ultra Pool Party.  MGM can have relatively reasonable rates. Large hotel with plenty to do right on site and it's right on the strip.  If your looking for hotel details try www.smartervegas.com.  I usually find pretty decent rates for Vegas hotels with their collection of promo codes.

answered by
Kerry from Boston

Paris Las Vegas. It's less than $200/night right now for Labor Day weekend (Fri-Mon is $169/night) It's right in the middle of the strip so easy access to lots of other hotels and casinos. Not sure about the daytime pool parties, but from the looks of it, the pool has a view of the Eiffel Tower. :)

Talia
Thanks so much, Kerry!!

answered by
Maezing from Las Vegas

Excalibur/Luxor Hotel and Casino are the cheapest on the strip. You won't be in your room much so don't worry too much about quality of the room! As for ones with stuff going on, Mandalay Bay Resort and Casino and MGM Grand Las Vegas are relatively inexpensive and have suites and good pool parties/clubs!

If you really want to be cheap - The Quad Resort & Casino is your best bet. It's right in middle of the strip and everything is right around it.

If you can splurge just a little more - Go for ARIA Resort & Casino or MGM Grand Las Vegas.

MGM has amazing food, mall and best hotel in that side of the strip. It probably has the largest rooms for money spent.

Aria - It's the HOTEL everyone wants to go to. It's very close to Bellagio Hotel

answered by
Marie from Las Vegas

Your best bet is to start researching the various LV Blvd strip hotels. Prices really vary greatly from day to day and property to property. Also if an event, such as a big fight or concert or even certain conventions, is in town, that can drive rates up.