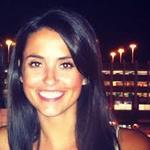 I'll be in Las Vegas with a big group of girls for a birthday and I'm in charge of planning the dinners. We all love good food, open to any kind of cuisine, flexible with budget-- just want the latest and hottest places to eat in Vegas. What are your top trendy "can't miss" restaurants right now?

The hottest new restaurant hands down is Giada, though reservations need to be made many weeks in advance typically. It's not that new but STK is a fun spot especially for a group dinner. And then you have a lot of great bars right there at the The Cosmopolitan and City Center, like The Chandelier Level 1. Someone mentioned Rose. Rabbit. Lie., but I think it's since become more of just a cocktail bar, and less of an actual restaurant and entertainment experience.

answered by
Juliana from Las Vegas

Wild- Originally from New York. Super fresh ingredients and the veggies are all from local farms. This place is a little more trendy than the other restaurants I’ve been to in Vegas but it’s actually really good. Just to give you an idea about the trendiness I’m talking about,  I had a kale and beet cupcake with avacado frosting…I ate the entire thing and wanted another. So good.

Crush at MGM Grand Las Vegas-  Ok, I’ve been there 3 times in one week, I love it. There is a large variety of food here, not just one type. Think, foods from Thailand, Mexico, Italy (all over really) and their drink list is notable. I think their ambiance adds to a large part of their popularity right now. I feel like I’m in a garden in Tuscany or something. It’s so cute!

Wing Lei- If you want to feel like you’re dining at a royal palace, go to Wing. I seriously felt like royalty and the food was on the same level.

Downtown Container Park- A mix of places to eat, definitely more of a local vibe, but it's still a fun new trendy place. Great burgers and good beers.

The Blind Pig- seriously the best place in Vegas for craft beers. A little further off the strip but totally worth the trip. Super Vintage place with great beers and delicious food. 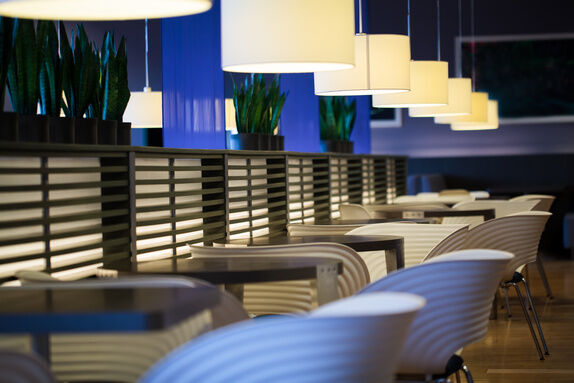 answered by
Lauren from Chicago
Giada and Bazaar Meat by José Andrés are two newer restaurants that I'm super excited about. I also really love Scarpetta in the The Cosmopolitan- fantastic food and great views of the Fountains of Bellagio!

answered by
Richard from Fitchburg, Ma

Go to Joël Robuchon in MGM Grand Las Vegas. It is pricey. But the food is 5 star. You will not regret it.

answered by
Kelly from Denver

Andrea's at Encore at Wynn Las Vegas is the right mix of trendy and upscale without trying too hard and really delicious. It's where I would take my besties. Mix at Bellagio HotelBellagio is always good. Strictly speaking great food... other notables Twist at the Mandarin Oriental, Las Vegas, Sage at ARIA Resort & Casino, If you are feeling adventurous track down the Fukuburger food truck for a real scene. Rose. Rabbit. Lie. at Cosmo is somewhere I have never been.... but i have heard the cocktails are A-mazing.

answered by
Tina from Linguaglossa

I am Italian and I believe that the best restaurant in Las Vegas is Ferraro's Italian Restaurant & Wine Bar. The food is authentic Italian, the atmosphere is welcoming and elegant and the wine choices endless. Try it to believe it!

answered by
Lila from Las Vegas

This is a toughie.  Las Vegas has such a fantastic and varied dining scene. The answer depends a lot on your location and budget; the sky is the limit in Vegas.  Since you are with a large group of girlfriends I am going to assume that you will be interested mainly in choices on the strip to avoid taxis, etc..

One of the newest and definitely hot restaurant that just opened in Vegas is Martorano's restaurant the Paris Las Vegas.  It is classic Italian cuisine with an old school Vegas vibe.  I really like the atmosphere and the Paris is such a pretty casino anyways. Come back for a girls' brunch Mon Ami Gabi which has endless mimosas and some of the best people watching in Vegas.

Off the strip and definitely worth splurging taxi fare on is my new favorite Other Mama from Morimoto alumna Dan Krohmer.  It is a raw/sushi bar and cocktail lounge.  The food is very reasonably priced and the atmosphere just plain fun with some great cocktails.

I think you and your girlfriends will enjoy these hot spots since I am also always the organizer for dinners for my girlfriends and we have all enjoyed dining at these establishments.

THE best area is The Quad Resort & Casino, for 20-40. There is an alley leads yo the new Ferris Wheel. Very cool bars, food and stores

Hazel
I said The Linq and it changed my answer, next to Flamingo

I have é by José Andrés at the top of my list. I went to his 6-seat Minibar in DC years ago, and it's still the most impressive meal I've ever had. It's probably not practical if your group of girls is quite big.

answered by
Talia from Boston

Bartolotta Ristorante Di Mare at the Wynn is everyone’s hot spot at the moment. Italian seafood by a James Beard winner.

db Brasserie is supper club meets steakhouse and is a great go-to.  Great prix-fixe options that are totally reasonable.

And while the following might not be as shiny and new as the above, I think they'd fit what you're looking for pretty well:

CarneVino Italian Steakhouse Particularly if your party are really into steak, ask for a "Riserva" which is always a special occasion, but only for hard core carnivores.

Twist (inside Mandarin Oriental) Probably my true fine dining pick, particularly if Chef Gagnaire is scheduled to be in the house.

answered by
darryl from Los Angeles

Sushi Samba at the Palazzo, all appetizers are "delish" great all around atmosphere not to mention the wagyu hot stone platter "WOW"

answered by
Michael from Scottsdale, Az

I am an ex-New Yorker.  If you want to have a great time and a wonderful dinner go to El Dorado Cantina (definitely make a reservation).  OK, it is not in the best part of town an it is next to a Gentleman's Club.  But, the food is the best and they have a wonderful bar.  You will be treated well and you will have a great time.  This is a "can't miss" restaurant and has a wonderful ambiance and they really treat you well.

Good eating and have a wonderful time.

The Juice Farm at The Palazzo Resort Hotel & Casino! Fresh Pressed Juice. Nothing like it anywhere!

answered by
Peter from Munich
If you want a fun night out, check out the Heart Attack Grill. Customers are reffered to as patients, waiters are nurses and your order is the prescription.
Its a really weird and fun place.
https://www.heartattackgrill.com/
One advice. Its cash only...