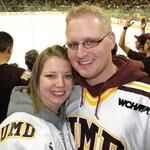 My wife and I already have our flights and hotels booked for our 10 days in February (2 nights in Waikiki & 8 at Marriott in Lihue).   We are going to Pearl Harbor the afternoon of our 1 full day in Honolulu then fly to Kauai the next morning.  Just looking for food (love trying local, off the beaten path places), craft beer, and island experience (surfing [body or regular], golf, hiking, etc.) ideas from the community.  Already thinking of Kayaking, ziplining, and of course relaxing on many beaches.  Anyone that snowboards have a comparison between snowboarding and surfing?

No, the snowboard is on snow, fixed structure. Surfing is about sea, waves, tide. there is no comparison

In Honolulu, Erika Aresta is right about Helena's Hawaiian Food.  It serves traditional Hawaiian food and does it very well.  The kalua pork is my favourite.  Even the poi is tasty.  Chinatown is another good food destination.  Leonard's Bakery has the best malasadas (Portuguese doughnuts, some with Hawaiian fillings such as lilikoi and haupia (my personal favourite) in the state, and they also have a food truck that makes the rounds.

If you want to get off the tourist track, then hit the North Shore.  There are several food trucks that set up shop at surfing spots such as Banzai Pipeline and Waimea Bay.  There's one in particular (can't remember the name) that serves killer garlic shrimp.  Matsumoto Shave Ice in Haleiwa has the best shave ice on the island.  February is peak surf season, so you can spend a day at Pipeline or Waimea watching the surfers.

Get to Pearl Harbor Historic Sites as early in the day as possible.  It crowds up very quickly and if you get there after around noon-ish you'll be guaranteed to have a very long queue.

Haven't yet been to Kauai, but I've heard that Poipu Beach has the best surfing.  Surfing is a lot like snowboarding because the body movements are similar, but it takes longer to figure out how to hold your balance because there is no solid ground under your feet and you're completely at the mercy of moving water currents.  I learned to surf before I learned to snowboard, so I can't say how well surfing might be to learn if you learned how to snowboard first, but I can say you'll have an easier time learning if you snowboard well.

answered by
Erika from Honolulu

Well there are a plethora of options to do for fun stuff and you can get all that information from your hotel. If you are renting a car ( I would) in O'ahu, then after pearl harbor try stoping by Helena's Hawaiian Food Helena's in Kalihi - Palama off of School street. Very local. Or if you want to see a bit of what we love so much in Hawaii, head to Alamoana Shopping Center, and head for Shirokiya Japan Village Walk dining village. where the beer on tap is only $7 for a pitcher of Heineken, and there are so many japanese food options to eat .. it's fun and we love it there

Done both, and I feel there is zero comparison.  Snow boarding has a totally different feel to it and there is almost no overlap except maybe of basic ability to balance.  Surfing can be frustrating at first, go ahead and pay to have someone teach you rather than trying to figure it out yourself.  You will quit frustrated if you don't.