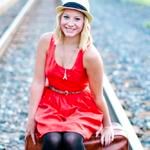 Where to visit in Italy

My mom and I will be visiting Italy in early March for about 5 days. What are some of the best places to hit in that short amount of time?

We will be flying into Milan and visiting my old exchange student there for a day or so. I would love to also get to Rome or Venice. But, I am totally open to suggestions of what other people have done. We love off the beaten path type things. But, of course you still have to hit some of the main tourist sites. So, basically tell me what is worth it and what isn't.

My husband and I spent a week in Italy 2 years ago where we were engaged. It was also his first time in Italy. We had a great time.

We spent 1 day in a small town north of Venice to attend a friend's wedding. It was not touristy but beautiful, with hills of medieval towns.

Then we spent 3 days in Venice, hitting the usual famous spots. However, the beauty of Venice is best experienced when you really spend time getting lost in this city, walking everywhere, visiting a small gallery, going to a small jewelry workshop to see a craftsman at work, and seeing children playing soccer in the courtyards. I would highly recommend walking around the city as it's very walkable.

Then we took the train to Florence. Similarly, there's a lot of coverage on the famous spots and they are definitely worth visiting. Galleria degli Uffizi is one of the world's top art museums and home of the world's best Renaissance art. It was my second time after 10 years but I still absolutely loved it.

We originally were heading to Rome afterwards but after a few days in very touristy big cities, we were in the mood for some relaxing time and so decided to rent a car and drive to the Tuscany. We stayed in a farmhouse hotel Locanda La Pieve Hotel Semproniano (http://www.locandalapieve.it/) highly recommended by an Italian friend we met at the wedding. It was near one of the oldest hot springs in Italy from the Roman days. So we went to the hot springs every evening, explored the beautiful rolling hills and many medieval towns that were absolutely picturesque, and spent one day also visiting the beach. The owners of the farmhouse cooked us the best Italian meals I've had in my life and treated us like their family. It was our favorite experience in the whole trip because it didn't feel touristy. We felt that we were experiencing the real Italian life. It was a great way to balance off the touristy visits in Venice and Florence. We didn't have enough time to visit Rome. My husband wanted to stop by so we drove there and he briefly visited a few places before hitting the airport.

Rome is the place to learn antique and amazing too, but Italy has so many amazing places and you have to come back so it's up to your preference to select the destinations.

Hope this was helpful.

Nice, Megan!  I was in Italy for 5 days this past summer and one of the places that I visited was Milan!  Unfortunately, since it was August, most of Milan was shut down because the locals went off of vacation, so I can't offer you many tips there, but I'm sure your friend can show you all the cool spots (wish I had a local to show me around!).

The other city that I was in was Venice, which is about a 3 hour train ride away.  I actually started in Venice, rode the train to Milan, then Switzerland, then France.  Venice is very touristy, but if you've never been before, you definitely should at least once in your life because I've never been to anything else like it!  One Trippy member had previously asked what you should do in Venice in 24 hours and these are the places that I suggested:

Here are the foods that you need to try in Venice: gelato, Italian pastries, espresso, and spritz.  You can pretty much get those anywhere.  The first three, I had in several random places that I stumbled upon and they were all awesome.  The spritz is a cocktail and some places make them differently than others though, so I guess you'll have to try them everywhere ;)

If you want more tips, I actually asked on Trippy prior to my trip there and I also wrote about Venice on my blog here.

Here are some places that I wish I could've stopped by:

Since you'd already in that part of the world, I'd also suggest considering Switzerland.  It's actually a closer train ride than some of the other Italian cities that I mentioned.  I went to Zug, which was absolutely beautiful, and I also went to Lucerne and Murren, where I got to see the beautiful Swiss country side and some of the most amazing mountains in the world. I actually went up to the highest point in Europe.  You can even go to Lausanne and Geneva to get a little French into your trip.

Megan
Thanks so much Debbie! This is so helpful. I will definitely take all of this into consideration when planning. I wish I had time to go to Switzerland as well. But, I don't think we will have enough time.

Deb is spot-on about  Venice. It's wildly touristy but that shouldn't stop you from seeing it because it might be the most incredible city on earth. It looks like what you would imagine Disneyland would look like if it had been built in during the Renaissance. I know a good, cheap hotel there but I can't think of the name of it--I'll be happy to look it up when I get home if you like.

I would be sure to take a boat tour of the  Grand Canal which will give you a wonderful overview of the city. You also have to see the  Piazza San Marco for sure and if you can, have a coffee at the  Gran Caffè Quadri which is wildly overpriced but stunning. I agree with Deb, though--you really just have to walk the city to get the most out of it.

My other most favorite place in Italy is  Siena which might be the most beautiful place I've ever seen in my life. Do NOT miss it!!!

I liked  Florence but wasn't as knocked out by it as I thought I would be. Like Venice, it's very, very touristy and there seems to be a line for everything--so much so that I missed seeing a lot of attractions because the lines were so long. That said, the city is absolutely worth seeing. The  Ponte Vecchio is one of the most amazing things I've ever seen--don't miss it if you go!

answered by
Katia from San Diego

Definitely go to the South. Take a car its the best way around. Sorrento to me is the most beautiful place in Italy because you are right there on the beautiful Amalfi Coast. Amazing food and amazing people.

answered by
Gary from Scottsdale

Just a quick note to mention that Milan is the fashion capital of Italy, and thus one of the greatest fashion cities in the world.  Lots to see.  Also, it is the home of the Last Supper by Leonardo da Vinci.  It is an amazing experience to see it, and the place is nothing like you might expect! Having a guide gets you through the lines faster, and you'll learn more about the history of this great work of art.

answered by
Andrea from Tampa

We took a high speed train to Florence from Milan when we went and it only took about 2 hours, we then rented a car after exploring Florence for a day and did our own sightseeing throughout Tuscany. Some must see towns are San Gimignano, Volterra, and Siena. All are driving distance! Another amazing stop is Panzano in Chianti, famous for the "mad butcher" who has two resturaunts that aren't available as choices here, Mac Dario & Doc Dario. There are so many wineries in the Chianti region, we went to Casa Emma, but make sure you make a reservation before hand!

answered by
Kate from London

The Lake Garda is a beautiful place, with its typical small towns like Salo (Lombardy), Toscolano-Maderno and Gargnano.

answered by
Colin from Toronto

For breathtaking scenery, beaches and hiking trails, go to Cinque Terre I strongly recommend this.

The countryside of Tuscany is also beautiful, with many picturesque towns that you can visit in a day or less, like Siena, San Gimignano, and Pisa. Florence is rich in history and beauty as well, and you could easily spend all 5 days here and wish for more.

It depends on what kind of things you like to do, culture, shopping, history, beach?

These are my tips for around Milan:

a bit further are  Napoli and Amalfi Coast.