If you had two weeks to spend in Italy, where would you go and what would you do?

top answer by
Brett from Eindhoven

First and most important thing I would do is not try to fit everything in within these two weeks. Pick a few locations to spend 3-5 days in, at least one day within the city, and a day or two to explore nearby.

From Naples, after taking the time to enjoy all the great pizza in town, you can make a visit to Pompei, Herculaneum, and Sorrento.

Rome itself, including Vatican City is worth a couple days at least.

Head up to Tuscany with Florence, Siena, Pisa, and Lucca, as well as a few wine region stops in the Tuscan countryside.

Emilia Romagna is sorely underrated, with great things to see, do, and eat in cities like Bologna (Mortadella bologna, Ducati motorcycles, Lamborghini), Modena (home of Balsamic Vinegar, Ferrari, and Maseratti), and Parma (Parmagiano Reggiano cheese and Parma ham). Also the world's oldest wine bar in Ferrara and the home region of Giuseppe Verdi.

Further to the north, there are many great locations such as Venice, Milan, and Turin.

And this doesn't even touch the islands of Sicily and Sardinia.

Pick a few of your most important locations, and don't let the Fear of Missing Out get to you. If you try to cram everything in within two weeks, you'll miss out on more than if you whirlwind through all of the major locations of the country.

It'll still be there the next time!

It's hard not to do the Rome to Florence to Venice two week trip.  In fact, we did that on our first trip to Italy in 1991 (with brief diversions to Pisa, Siena and San Gimignano), and I have no regrets.  It was exhausting trying to see everything.  Rome has so much to see, you could spend the whole two weeks there and you need at least 5 nights there; you need at least three nights for the must-see's in Florence and the same in Venice.  In between there are Orvieto, Perugiaand Assisi, Siena, Tuscany, San Gimignano,  Bologna and Parma and you would remaining have three nights to see what interests you most.  You could then concentrate more or see other areas on the next trip.

Alternatively, you could spend the time in Rome and to the South, or pick one area and spend more time there.  It's a hard decision, but it's also nice to have a good trip ahead.

answered by
Ewa from Gdansk

Totally agree with Brett! I'd just add one thing - don't just focus on the big cities, as mentioned above e.g. Emilia-Romagna region is underrated, and there are many little towns/villages worth visiting (especially if you rent a car as otherwise it may be difficult to get there). I'd say Bertinoro - absolutely stunning view and if you manage to find the hidden from tourists restaurant just below the castle... well, it's the best. Then Comacchio - it's like going to Venice (well, kind of, of course) just without the crowds and overpriced goods. Beautiful, little, quiet town with canals and great gelato. If you're in the region go to Ferrara and just wander around with a focus on the Jewish ghetto part of the city with its architecture; ideally you can rent a bike there as this city is a bike capital :)

And if you have the chance to be in Lombardia, Bergamo is oh-so-beautiful and the nearby lakes - Comer See, Lake Garda are incredible.

answered by
Kate from London

answered by
Sue from Vancouver

We spent three weeks in the Tuscany region this summer and loved it.  If you rent a villa and a car, you can do short day trips to many popular places like Siena, Florence, Pisa but still experience the Tuscan lifestyle including local restaurants, vineyards and lots of small towns and villages.

Food was excellent no matter where we were and we enjoyed lots of Chianti Classico, Aperol Spritz and Prosecco.

We also drove to the Cinque Terre which was amazing but pretty far to do as a day trip.

We also spent three nights in Rome at the end of our stay and the sites of this city are something to see and experience but our preference was the slower pace and breathtaking vistas in Tuscany.

It really depends what the main focus of your trip is.

answered by
Iris from Dublin

I would spend the first week traveling around Italy and the second week relaxing at Amalfi Coast. I would rent a car in Milan and drop it off in Rome, for instance, at http://italy.rentalcars24h.com/milan-city/car-rental-from-milan-to-rome. While having a car I would visit Verona, Venice, Bologna, Florence and finally spend some days in Rome. 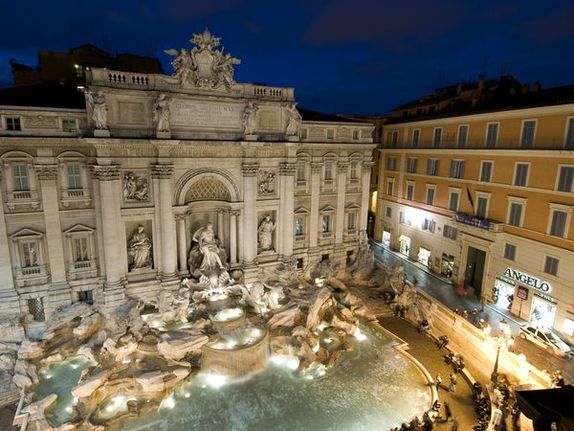 I would give me an opportunity to enjoy diverse Italian food, wine, picturesque scenes all around.

Then for my second week in Italy, you would go to the spectacular Amalfi Coast and enjoy its kind sun and its unforgettable beaches. 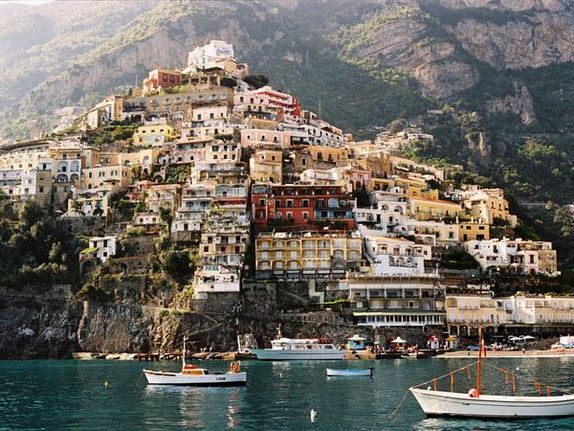 answered by
Ladislav from Brno

Summer trip would be to fly to @Venice, and spend little time there. As I love Dolomites so I would go then to @Cortina d Ampezzo and @Tre Cime di Lavaredo. After that through @Bolzano and @Lago di Garada to @Milan. And short stop in @Bergamo which is very nice ancient town on the hills.

Early spring would be @Napoli, @Capri, @Amalfi, @Pompei which is pretty enough for 14 days.

These are trip which I did and really liked not to be hurry and enjoy Italy. But beware Italy works differently than rest of world and I know few americans who are saying that Italy is third world :-) .

answered by
Steven from Gulf Breeze

Make Florence your base of operations for the northern end of the country. It's worth a trip of its own with all the museums and culture to absorb, but it's also convenient to Pisa, Siena and San Miniato for day trips. Florence is my favorite city in the world, I could spend lifetimes there.

The same guidelines apply to Rome in the southern half of the country, it's easy to take a train from there to Pompeii for a nice day trip.

Apart from those two cities, Plan for 2-3 days in Venice. Venice is small and expensive, so you don't need more than a few days to experience the best of it. 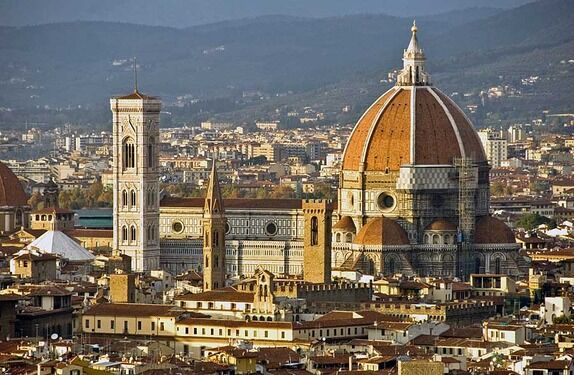