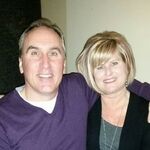 My husband and I are taking a cruise out of Civitavecchia. Our plan is to take the train to Siena, get a rental car and drive to San Gimignano (staying in a B&B), enjoy Tuscany for 5 days (car and train trips) and then take the train to Venice to finish our trip.  We are first time travelers to Europe and thought this would be the best way to get around.  Trying to find the best route from the port (correct train station) to Siena and then a rental car pick up close to the Siena train station.  Would be interested from other experienced travelers for suggestions, especially if the train to Siena is the best way to get to San Gimignano. We will be docking on May 9th and need to finish our traveling plans soon. I have heard driving in the cities are not easy, so our plan will be to take the train one day to Florence and then explore the Tuscany countryside on our own by car.  Not sure if we have the right plan to get around, but any suggestions would be well received.  Need help!!!!

answered by
DAN from Switzerland

Yes – Italy and it's cities are a nightmare to self-drive for EVERYONE that is't either born in Italy or Cairo, or Mumbai … there are no rules … and yet there are many unspoken ones. So – no! Don't even think about it. Walk or take a cab (or subway).

Traveling between every city in Italy by train is easy, cheap and fun. There are Bullet Trains connecting pretty much every major city (and these trains look like italian sportscars). And then there is trenitalia – the nations railway.

Siena – there are all major Rentalcompanies close to the trainstation … and driving thru countryside from Siena to Florence is magic. Take the backroads and stop whereever you feel like. Eat in dogy places and avoid where ALL the tourists would go. It's save, it's fun and it's magic. Look for small B&Bs in the middle of nowhere and go with your guts …

You'll have a magic time …

Better to take the bus rather than the train to Siena. The train station is away from the center of the hill town, while the bus is quicker and drops you off near where you wasn't to go.

There are two bus options from Province of Florence to Siena, the rapida (fast bus) that goes non-stop to Siena in 1 hour and 15 minutes and the ordinaria (ordinary bus) that makes a stop to Poggibonsi and Colle di Val d'Elsa. The journey time from Florence to Siena with a regular bus is 1 hours and 30 minutes. Sometimes it might take longer depending on the traffic.

Both buses run regularly and you can buy tickets from the bus station or on board (there are 3 -4 buses leaving every hour). Please note that it is cheaper to buy tickets on the bus station. One way tickets (bought from the train station) between Firenze and Siena cost 7,80 €. For more information on the bus schedule, you can check here: http://www.sitabus.it/en/florence-siena-bus/

answered by
Linda from Pittsburgh

Driving in the Tuscany countryside is easy. Driving in Florence is a nightmare. There is a great free parking lot right across the river in Florence (up on a hill overlooking the city). Easy walk from there into the city if you are staying in the countryside.

answered by
Kim from Birmingham (England)

Definitely don't drive in Florence! Also, a day trip to Florence will probably leave you feeling you've missed out; there's so much to see, it's an amazing city. You'll barely scratch the surface in a day. You might consider spending at least a couple of nights in Florence. The train from Siena to Florence is a local service - no need to book ahead for this, just turn up at the station on the day you're travelling and buy a ticket from one of the machines, they're easy to use and you can select English onscreen. If you made Florence your last stop in Tuscany, you could then take the train straight from there to Venice, there are some direct trains and the stations in both Florence and Venice are very central.

Abother option would be to make Florence your base and take an organised day trip to Siena/San Gimignano/Chianti region. There are plenty of travel companies offering these trips from Florence.

Train from Civitavecchia to Siena: I've not done this journey, but I just checked and there's no direct train. All journeys have one or two changes -some change in Rome. Cheapest fare seems to be around €32 for two adult singles.

I really recommend seat61.com for help and advice with planning European train trips.

The Italian trains website is http://www.trenitalia.com/tcom-en you can select English in the top righthand corner of the screen. It's a bit quirky, you need to use Italian station names, it doesn't recognise English ones. The station in Florence is Firenze Santa Maria Novella, and the station in Venice is Venezia S Lucia. Hope this helps a bit. Take a look at seat61.com, it's a fantastic website, I planned a rail trip all across Europe using information from there.

Have a great a trip!

There is only one station in Civitavecchia which is served by Trenitalia trains. It's around a mile from the port, depending on where your ship berths. This page tells you how to get from port to station (there will, obviously, be taxis waiting):

Use the official Italian railway website in English to find train times, details and fares in English:

> if the train to Siena is the best way to get to San Gimignano.

It's not really a matter of 'best'. You could just as easily take the train to Florence ('Firenze' on the Trenitalia site) and hire a car from there. The station you need is Firenze SMN (Santa Maria Novella). Firenze SMN is right at the edge of the city's historical heart and there are several car rental companies very nearby. Siena's station is quite some distance from its historical centre (about 20-25 minutes walk, or taxi/bus). There are a couple of car rental places fairly nearby.

It is quite some distance from Civitavecchia to Florence and Siena so the rail journey to either is not direct (i.e. no change). You'll have to change trains either once or twice, depending on your departure time. Italian trains are safe, comfortable enough and easy to navigate: platforms (and station entrances) have electronic signage which gives all details of the train standing (or the next to arrive), including intermediate stops. Timetables are set up by default to allow ample time for making a change of train.

You'll set off from Civitavecchia station (there's only one which is relevant, as above) and should aim for either Firenze SMN or Siena (again, there's just one relevant station).

> and then take the train to Venice to finish our trip.

The station in historical Venice (i.e. the island linked by a causeway to the mainland) is Venezia Santa Lucia. That﻿'s the one you want if you're staying in Venice itself. The other Venice station, Venezia Mestre, is in Mestre at the mainland end of the causeway.

> I have heard driving in the cities are not easy,

It's not easy driving in any country, especially if you don't have the language If you've driven in big US cities at rush-hour you'll have an idea of what driving in busy Italian places can be like, though remember that the vast majority of European roads and streets are much narrower (and often more winding) than in the US......and especially so in historical or countryside areas.

You should of course familiarise yourselves with Italian driving laws, speed limits and the pan-EU signage, and really should get an IDP (International Driving Permit) before you leave (in the US, the AAA and the AATA are the only official providers). Italian law requires all holders of non-EU driving licences to carry a legal translation of their licence and an IDP fulfils that function. You  must  also carry your own driving licence, of course. Chances are that no-one will ask to see your IDP but if you don't carry one you're taking a legal risk....and they're fairly cheap, as well as being a useful bit of extra photo ID.

Many ZTLs (the vast majority in cities) are monitored by CCTV and fines are automatic, taken from your credit card often weeks afterwards via the rental company (and with admin fees on top). All are signed but, away from big tourist cities like Florence, signs are in Italian and may not be too obvious. Avoiding ZTLs and their automatic fines can be just as much an issue as the driving itself!

Enjoy your planning. I'm sure you'll have a super trip. :-)