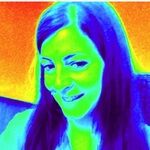 We are planning to head to Istanbul for New Years this year. We are staying for 4 days , any ideas on what can be done on New Years Eve there other than big parties at Reina and Angelique ? Also it will be my third time in Istanbul, so is there anything different than touristic itineraries we can do there ?

answered by
Gizem from Izmir

Most 4-5 star hotels have a gala dinner on new years eve. your accommodation at a 4-5 star hotel should include gala dinner fee in the room price. this is how most of the hotels work. there will be live music and celebrations in popular squares but be aware of the crowd. Night clubs definitely have parties. some may require reservation or might have started selling entrance tickets for that night.

As a local, who has grown up in Istanbul, I checked out two parties last year. One was in Gaspar and it was quiet nice, since it was not as popular as it is today, so not as crowded. The dj and the crowd was good. The second one was in Martı Istanbul Hotel, the music was good for the most part, so was the crowd. However it could have been better. I would go to Karakoy and check out what is on in different places like Unter and Ferahfeza Restaurant. SALT Galata has a new restaurant in it, called Neolokal, they might end up doing a party, check that out as well. It might be like Gaspar last year.

If you'd like to be outdoors, Abdi İpekçi Cd in Nisantasi might be nice, but it may also get crowded. Whatever you decide to do, stay away from Taksim Square on the 31st since it gets way too crowded.

Other than that, I would recommend you some of the workshops I organize if it is your third time. Check out Istanbulite Travel Agency's Contemporary Turkish Cooking Workshop, Culinary Istanbul and ﻿Contemporary Art Walk Tours.﻿ If you are in the mood for shopping, I also organize Shopping in Istanbul tour as well.