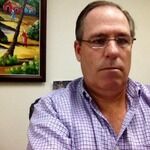 Best way to visit the country

Going for the first time in Sept/Oct and would like to know where to start, best route, must see locations, and best way to explore the country.

top answer by
Robson from Istanbul

Hi Roberto!
Suggest to start with Dublin, 2-3 days would be ok to enjoy the city and visit the main sites such as: Dublin Castle, Trinity College, Dublinia, St.Stephen's Green, Howth, Botanic Gardens, Temple Bar & Phoenix Park.
A nice day trip from Dublin is to Powerscourt Gardens & Wicklow Mountains. ( easy to arrange at Busáras Bus Station)
Then you can rent a car and head to Belfast, 1-2 days to see : Queen's University Belfast, Stormont Estate, Shankill Rd,Belfast City Hall we liked the most.
From Belfast you can have a really nice drive to Giants Causeway, Carrick-A-Rede Rope Bridge and Old Bushmills Distillery( amazing whiskey!). On the way you will pass by several castles!
Sligo & Galway City are lovely cities to visit.
Dont miss the  Cliffs of Moher, close to Galway.
If you have time head to south to Kinsale, Cork & Cobh.
Those are places that we visited and loved! I'm sure that there are many other nice cities in Ireland. Drive around Ireland is really pleasent!
Enjoy!

Lydia
The only thing I would add to that is go to DOOLIN, a charming little village which is a 5 minute cab drive to Cliffs of Moher and then walk the 5 1/2 miles on the very edge of the cliffs and seashore back to Doolin. It is the most incredible 4 hours I have ever spent!!! Then take the ferry to the Aran Islands, to the last island, Inis Mor. You HAVE to visit Dun Aonghasa on the island, a fort with one of the most incredible views you will see!

Robson
Hi Lydia! You are absolutely right!!! Roberto can't miss Aran Islands! Doolin now is on my list too :)

Robson
Roberto, in Dublin there is a really nice pizzeria, @toffoli, 34 Castle St. The menu is very flexible. If any ingredient is missing ,Carlo, the Chef, will invite you to check what they have in the fridge and you can make your own pizza :)

answered first by
Matthew from Prescott

The best way to travel Ireland is via car and the occasional train if you can find it. The car will allow you to see the numerous hidden gems scattered in every corner, because unlike the majority of Europe, Ireland is short on train coverage.

Dublin is a lively city that is a good deal of fun, but if you are after the heart of Ireland, think the west coast. Particularly the Galway City area and the Dingle Peninsula.

If you are after Traditional Music try these: Leo's Tavern, Miltown Malbay, Tig Coili and Marine Bar.

If you are after Live Music try these: Whelan's, Róisín Dubh, Sean's Bar and The Spirit Store.

If you can't tell, the Republic of Ireland is the place to be, no disrespect to Northern Ireland but it doesn't have the same flavor.