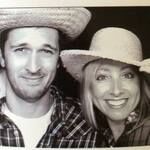 My husband and I are flying in and out of Dublin. Would love to just do a circle around the top half of the island if 8 days will allow it. Any must sees, must dos, must eats, must stays would be greatly appreciated. I was originally thinking Dublin for 2 days and then a day in Belfast-Sligo-Galway-Shannon-and then leave from Dublin. Is it terrible if we miss Killarney?

answered by
Beth from Jasper (Florida)

Since you are leaving our of Dublin. Stop by New Grange on your way north. It is a neolithic tomb. Very intestine to see. There are carvings on the stones on the perimeter as well as inside the structure. Giants Causeway definitely place to see. It is beautiful. Bushmills is just around the corner from the causeway. If you head east you can get over to Donegal. It is so raw and totally different from other parts of Ireland. I loved it over there!

answered by
Philip from Greenisland

Hi Julie, you would have no problem driving round the northern part of the island in 8 days. The distances aren't that great. Drive 60 miles north from Belfast and you will be at the Giants Causeway, Northern Ireland's biggest natural attraction. If you take the coast road its a bit longer but you will be rewarded with some of the best scenery in Ireland around the glens of Antrim. Off course in Belfast you can visit the titanic centre and many bars and restaurants. Then you can visit Derry/Londonderry and over the border you're into County Donegal, for more wild mountain scenery. Glenveagh National Park, The Rosses, Gweedoreand Glencolumbkille are all worth a visit in Donegal.

answered by
Abbi from Northeast

My favorite place IN THE WORLD is the Cliffs of Mohr (County Clare). It's southwest, so it might be out of your way. But, if you can make it, I highly suggest spending a day there and seeing the Burren. The cliffs are unbelievably gorgeous, and the dolmens (portal tombs) on the Burren are ancient and a little spooky.

Julie
Thanks Abbi! We are definitely going to see the Cliffs of Mohr and the Burren, thanks for the great recommendation! I didn't know about the dolmens so that should be pretty cool.
comments (1)
likes (1) thanks

answered first by
Jeff from Richmond

Awesome choice! Northern Ireland is absolutely beautiful.  The rolling green hills and turquoise waters was not what I was expecting.  I don't like to look at pictures of the places I'm going to travel if I can help it because I like to be surprised when I get there.  I had no idea that it was going to be so beautiful though.  Out of the 10 days I was there, somehow I managed to avoid rain for 8 of them, hopefully you'll get lucky as well.  Anyhow, I stayed with a friend who was temporarily living in Belfast and they didn't have a car so we took a few tours and they were very reasonable.

One of the coolest things we did was take a black cab tour around Belfast. The driver will show take you into the nearby Protestant and Catholic towns where it was essentially a war zone in pretty recent times and show you the murals on the houses of the saints, martyrs and murderers/terrorist that have made a name for themselves throughout "The Troubles".  He told us the stories behind the murals and it was way more intriguing than I expected. On the way back for a few pounds more you can check out where the Titanic was built.

We also took a bus tour up to the Old Bushmills Distillery.  Personally I'm a Jameson fan but we enjoyed taking the tour and sampling the goods. Along the way we made a few stops at castles, port towns, Giants Causeway where you can see the pretty crazy geological rock formations that only form in one or two other parts of the world.  The most scenic place along the tour was Carrick-A-Rede Rope Bridge.  The bridge was really cool and the views of the coast off the steep cliffs on the way to the bridge were very impressive.  The ride itself was full of stunning landscapes - just endless rolling green hills with stone churches.

While you're in Belfast, go check out some of the pubs that have been there since the early 1800s.  I dedicated my first day to just drinking fresh Guinness and Jameson and listening to the locals sing and it was a wonderful way to settle in.

Lastly, we took a train down to Dublin and went to the Guinness factory (it just so happened to be St. Patricks Day) and that was a really great experience as well. They treated us so well there -  super nice and lots of free food and drinks. Amazing history and pride there.

Hopefully some of these suggestions help!

Julie
Thanks Jeff! Will definitely check out the black cab tour and rope bridge. We can't wait!

answered by
Ciaran from Dubai

Belfast - besides the answers given already: go to the Titanic Quarter: see the Harland & Wolf cranes that help build the ship, the titanic exhibition centre to learn more about the ship and the area; the only Honesty cafe in Ireland is near here also - the The Dock Café, I rent my apartment up there also via Airbnb | TripAdvisor, if you're stuck i can give you more details...any questions let me know, i'll be there w/c13th March. Great places to eat: home, OX Belfast, Flames, St George's Market market on a Saturday and Sunday is also local and cool craft. Check out Great Craic Shamrocks stall on a Saturday - some cool items there to buy and other nearby stalls! Great music sessions in The Harp Bar and the The John Hewitt Bar most nights and the Guinness in Duke Of York is fabulous!! Enjoy!

answered by
Garry from Mountrath

You have to try the kiosks with the curry pea soup or falafel.