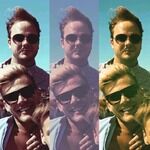 I would very much value input on a trip I am planning for Sept-Oct 2019 to South India and Sri Lanka.

Budget, getting around and where to spend more or less time will be appreciated.

We are not doing the North - flying into Mumbai and out of Columbo.

Hopig for some feedback. Thanks

Back to the positive :)

We did the iconic train journey between Nuwara Eliya and Ella, which was hugely enjoyable (and very affordable), if horribly crowded, hot and sweaty.  Health & safety be damned, there is a real buzz about being able to sit with your feet hanging out of a rail carriage with your son, singing a rousing chorus of "Head, shoulders, knees and toes …" at the top of your voices as your husband and daughter cringe in embarrassment ...  :)

Galle was a really funky, interesting place, and I think would be a great place to chill for a few days.  It was penitentially hot and humid, but, being Namibian, at least the heat wouldn't be a problem for you.  If you could catch a cricket match there, it would be an absolute bonus.

We ended our trip with a few days on the beach at Hikkaduwa, as we wanted to do our open water diving qualification. Initially I was a bit disappointed by it, but the longer we stayed there, the more I liked it.  Yes, it's a tourist town, but it retains a laid back vibe, and it's worth visiting, if only for the two resident green turtles on the beach at the Hikka Tranz by Cinnamon.  These beasts are so laid back, and they come and go as they feel like it, retreating into the ocean when they're hungry, or have just had enough of tourist interaction.  If you're into snorkelling, the area just off the Coral Sands Hotel is excellent, with a surprisingly diversity of fish, featuring some seriously big stuff (including the turtles).

If you're in Hikka, don't miss the low key but very moving Tsunami Museum in Telwatta, just a short taxi ride out of town.  This is close to the location of the worst rail disaster in history - where a commuter train was swept off the lines by the Boxing Day tsunami in 2004, killing at least 1500 people - and is a 'must see'.  the first room has some really good solid scientific displays on tsunamis, and the other two rooms are dedicated to photos taken in the aftermath of the tsunami.  It strikes a remarkable balance between documenting the horror of the incident and respect for the deceased (a curtain can be drawn across the most harrowing of the photos) and there is also an uplifting focus on the work that has been done to provide support to orphans and other traumatised by the tsunami.

I'm splitting this into sections, as I've previously had problems with not being able to upload longer posts.

We have loved the right whale and humpback whale spotting that we've done in South Africa and Madagascar, so one of the biggest attractions for us was the prospect of seeing blue whales from Mirissa, especially as the blue whale is our son's favourite animal.  However, if I can warn you off doing one thing in Sri Lanka, this would be it.

It was an awful experience from start to finish, and one of the very few tourist experiences that I feel both resentful and embarrassed to have paid for.  To start with, we had no safety induction, which is particularly frightening, given that this involved a two hour boat ride right out into the commercial shipping lanes. When we finally spotted a poor whale, it was chased down and harassed by a flotilla of boats, much like a fox hunt.  And - to add insult to injury - we were not provided with a single item of information about the animal that we saw (not even confirmation of whether it was a blue whale or a fin whale).  And let's not even talk about the appalling food and the tour operator's failure to hand out the much-hyped sea sickness tablets ...

Avoid, avoid, and avoid … at least that will bolster your budget, as it certainly wasn't cheap to be this disappointed. :(

OK, so what's worth doing?

Well, Sigiriya Lion Rock is absolutely gobsmackingly wonderful, and exceeded our high expectations.  We knew that the hike up the rock and the view from the top was going to be amazing, but we didn't realise that there was so much more to the site.  What would have been the 'water gardens' at the base of the rock are terrific, and we were delighted by how good the birdlife was (but then we're fairly enthusiastic twitchers).  In my opinion, it's definitely worth a couple of days here, which will allow you to appreciate everything that Sigiriya has to offer (which you can't do justice to on a day trip) and, importantly, you can also hike up the rock early in the morning, as it's a hard, humid slog to the top ...

Horton Plains is interesting, because it's at such a high altitude that it has a moorland feel that looks so different to the rest of Sri Lanka, but be aware that although it may feel cool, it's a very long 10km circular trek to World's End Trail with little shade (yes, we got horribly sunburned).

We really like Udawalawe National Park, and were happy to discover that the much hyped elephants were not the only show in town.  This is the only park/nature reserve we visited where we had a knowledgeable game guide, and it made all the difference.

By contrast, Yala National Park යාල ජාතික වනෝද්‍යානය was a disappointment.  The wildlife was actually pretty good, but our game guide was useless, and (despite our assurances that we'd seen enough leopards to last us a lifetime) was totally fixated on delivering the elusive leopard.  To give you an idea, a leopard and her cub - which I assume are radio collared - was on a rocky outcrop down a side road when we visited, and there was a queue of vehicles waiting to move in for their photo op (estimated time of waiting was 45 minutes).

By contrast, Bundala National Park - which is just down the coast - is much more low key, less crowded and is particularly good birding territory (the rest of the wildlife is pretty good as well).

I can give you some perspective on Sri Lanka, which we visited over Easter this year.  As we are a family, we organised a private guided tour, but hopefully I can give you a couple of ideas on what's worth doing, and - more importantly - what's not.

As a general comment, I think that Sri Lanka is probably more interesting as a budget traveller than it is for more 'upmarket' travel - I have friends from London who spend the entire winter there to avoid the worst of the Northern European weather, and they absolutely love it.

Based on our own experience and discussions we had with fellow travellers, Sri Lanka's tourism industry is geared up for the package deal that collects tourists from the airport, delivers then to a beach resort and collects them at the end of their stay to transfer them back to the airport.  That's its strength, and - provided that you don't end up in a hotel full of vodka-charged Russian tourists - that's fine.

Compared to sub Saharan Africa (where we lived and travelled extensively for over 20 years), Sri Lanka's tourist organisation is somewhat ramshackle, the drivers are just drivers (often speaking poor English, and not trained to engage with customers) and the game guides are very poor.  We visited several game parks/nature reserves that were world class in terms of their animal/bird life, but - with one exception - the guides knew less than we did about the wildlife, and had a 'shopping list' mentality (Elephant - Tick.  Peacock - Tick. Leopard - Big Tick.  No need to do anything more than identify the species so that it can be 'ticked off').

The qualifier with Sri Lanka is that you need to have a lot of time to get the most out of it as a budget traveller, which is where you may have a challenge combining India with Sri Lanka.