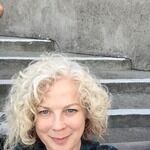 Tips & recs re: Northern Lights and Iceland in September?

We're 3 40something women going to Iceland in September with hopes of seeing the Northern Lights. Do we go to Bláskógabyggð?

We'd like to be economical and at the same time, this is our first and possibly only trip to Iceland.

Snæfellsnes Peninsula looks beautiful. We may rent a car.

Iceland is an expensive destination (although not as bad as it was before the 2009-10 financial crisis), but it can be economised if you're willing to rough it a bit.  Renting a car is recommended - Iceland is a much easier place to drive in than most other European countries because petrol and rental rates are cheaper (although more expensive than the USA), the cities are better set up for vehicular traffic and traffic is seldom a problem.  Most road signs are in both Icelandic and English, so that helps as well.  If you do rent a car, rent it in central Reykjavik rather than at Keflavík International Airportairport - the rates are much better.  Take the "Flybus" from the airport to the BSI Coach Terminal in Reykjavik...there is a large facility next to the BSI terminal with Hertz, Budget and a few local companies.

In Reykjavik, I'd recommend the Hotel Odinsve.  You can park your car at the BSI terminal a 5-10 minute walk away if you can't find parking near the hotel, and it's a bit cheaper and a lot quieter than the hotels in downtown Reykjavik but only a 10 minute walk into town where the action is.  Eating is expensive in Iceland as most food is imported, but costs can be controlled by eating at supermarkets such as Bonus Supermarket, which has a large service deli, or by eating Iceland's national dish, Domino's Pizza!  Some good inexpensive (by Icelandic standards) restaurants are Sægreifinn and Perlan, and of course Bæjarins Bestu, a hot dog stand with the best dogs on Earth!

Laxness museum is a worthwhile stop about 15-20 minutes outside Reykjavik.  Halldor Laxness is Iceland's most famous author and the museum is the house he lived in.  If you want to learn a bit about Icelandic history and culture before you go I'd recommend his novels "The Fish Can Sing" and "Independent People."

Þingvellir and Gullfoss Falls are national parks about an hour to an hour and a half outside Reykjavik.  Thingvellir was the site of the ancient Althingi (Parliament) and Selfoss is a small but beautiful waterfall.  Both are easily reached by car and are only 45 minutes apart from each other so they can be combined into an easy day trip.

The Snaefellsnes Peninsula is beautiful, and if there's one spot not to be missed it's the Bjarnarhöfn Shark Museum (about 2.5-3 hours drive from Reykjavik).  Iceland's most notorious dish is hakarl (putrified shark) and the Shark Museum is on the site of a hakarl processing facility where you can learn how it is made.  The staff speak fluent English, and if it's not crowded they might let you help out by hanging the filets in the curing shed or carrying them to the processing area.  Bring a change of clothes and some plastic bags to put the stanky clothes in - the smell clings to your clothes and can make for an unpleasant drive back to Reykjavik.

Once you get outside Reykjavik the food scene deteriorates rapidly.  You'll be limited to cheap roadside cafeterias and Domino's.  The road system is safe and well-maintained and cell coverage is good even in desolate areas, but be careful driving at night as the roads are not lit and free-range livestock often cross the highways.

You'll have to travel to the far north of the country to see the Northern Lights.  Akureyri or Isafjordur might make a good base for this.

Laurie
Wow, amazing, thank you SO MUCH, Janelle!!!!