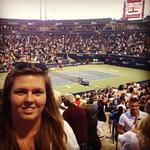 Has anyone done the Ring Road trip around Iceland? If so, what are your suggestions? Also how much did it end up costing? How many days do you suggest?

answered first by
Matt from Singapore

we did this a couple of years back using a small rental car, a tent and some camping gear and found this to be the cheapest way of exploring Iceland. The whole trip took around 2 weeks (incl. a couple of days on western islands and in Reqjavik). The prices for the camp sites were all quite reasonable back then (between 10-20 Euros), the car was certainly the most expensive item on the list, followed by gas and food. Not sure how the prices have developed since then, however.

Being a native, I've done it several times. Regarding cost, that pretty much depends on how you travel. As Matt says, you can go camping which is relatively cheap, but usually there is also little service to be found at the camping sites.

Food is relatively cheap compared to Scandinavia, but expensive compared to the states. Fuel is the full European price. You can rent cheaper cars from someone like SAD cars to keep that cost down.

If you are going to get anything out of your ring road trip I recommend at least a week. Two weeks is good and three weeks is perfect, really having time to explore some of the lesser details of the trip.

I recommend the following as absolute must-see on the way:

Geysir is the "original" geyser where they all get their name from and is a must see. It can be part of the "Golden circle" which also includes Thingvellir National Park, where the world's oldest parliament was founded by the Vikings in year 930 and the only place in the world where you can see how the North-American and Eurasian continental plates are drifting a part - and you can even dive between them in Silfra Crack. The third stop on the Golden Circle is Gullfoss Waterfall, a stunningly beautiful waterfall. All this can be done in a single day.

From Gullfoss I'd head south towards Eyjafjallajokull volcano, the infamous one that grounded all flights in Europe in 2010, and check out the Seljalandsfoss waterfall and  Gljufrafoss, both amazing waterfalls at the root of the volcano and you can even walk behind Seljalandsfoss.

From their you can take a ferry to the Vestmannaeyjar, a volcanic island where half the town went under lava in an unexpected eruption in 1973. The ground just opened up and started spewing lava and ashes into the air, where there wasn't even a volcano before. Now there is, and you can walk to the top of it, seeing over to Surtsey, a volcanic island just a little further south which was created in another eruption which lasted from 1963-1967, rising up from the sea floor 130 meters below. In Vestmannaeyjar you will find a newly opened museum about the eruption and the rescue of the 5000 inhabitants.

Anywhere you look in Iceland, you'll see amazing geological wonders and rock formation, so enjoy the view along the way. Particularly interesting are Reynisfjsara and the near by town Vík where you'll see black volcanic beaches, basalt columns and amazing cliffs standing in the sea.

Further east you'll get to the Vatnajökull National Park, Europe's largest glacier. A great place to camp there is in Skaftafell National Park with great hiking routes in the neighbourhood. Svínafellsjökull is just east of the camping site and there you can climb on to the glacier. Never go on to a glacier though without consulting with a local and if you're going more then just a couple of steps onto the glacier, have a local guide with you. Cracks in the glaciers can be very dangerous if you don't know what you're doing.

The lagoons are also a must, with the famous Jökulsárlón where you can sail between the icebergs, and the more secluded Fjallsárlón just west of the other one.

In the east you'll have the fishing villages and beautiful landscape, and when you get to the north of the country you will find one of the most amazing places in Iceland, Námaskarð. You will feel like you're walking on Mars, with red soil and tiny volcano like steam holes creating a surreal atmosphere. In this part of Iceland many scifi and space movies have been shot, and Neil Armstrong, Buzz Aldrin and the other astronauts trained there for the moon walk in the sixties.

Close to Námaskarð is Dettifoss, Europe's most powerful waterfall. It is truly magnificent and you can sense the power in your entire body. That waterfall played a big role in the opening scene of Ridley Scott's film Prometheus. Further west is the lake Myvatn with beautiful surroundings and the Myvatn Natural Bath, similar to the Blue Lagoon, just much less touristy.

Finally, I recommend the towns of Húsavík with great whale watching opportunities and The Exploration Museum, and Akureyri, the main town in northern Iceland. Snæfellsnes peninsula in the west is also worth a couple of days and if you have time enough, you can explore really untouched, authentic Iceland in the Westfjords which is one of the hidden gems of Iceland. If you plan to include that area, which is off the ring road, I have loads of tips for that as well.

If you have any specific requests I can go into more details. All in all, you are guaranteed a trip of a lifetime no matter what route you take :)

Brew
Wow. This is an amazing answer.