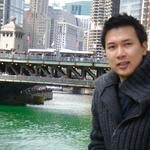 How many days should I spend in Iceland? Top 5 absolute must-dos please.

I've heard great things about Iceland from two different friends that have returned. Pictures were fantastic, but thought I threw it out there to Trippers (?) on recommended experiences in Iceland, before I dive into my research. Thanks.

I spent three days in Iceland on a stopover, just to do Reykjavik, though I'd recommend double that amount if you're going outside of the city.

What I did in the city:

Sorry, this doesn't make a very helpful map, does it?
Have a great trip!

Debbie
Great advice, Valerie! It's can be an even more helpful map if you click on it and go to the larger view ;)

Valerie
Yay, Debbie! Thanks for adding my locations!!

answered by
Ryan from Chicago

I went to Iceland for 8 days, and wish I had two weeks!

We spent 4 days around Reykjavik which was plenty to really explore the city. You could always find more things to do with more time, but by most standards, the city really is quite small.

We also took a group bus trip out to see the Northern Lights and it was worth the time, although depending on the weather and the time of year you might have a different experience.

There are also many tour groups that will take you through the "Golden Circle" area (Þingvellir, Gullfoss Waterfall, Geysir) all within one day.

For us, sitting on a bus with a bunch of people and not being able to go at our own pace wasn't quite what we wanted. We booked a self-guided tour with Nordic Visitor and can't say enough good things about them! They provide you with a car, gps, mobile phone, and will reserve bed and breakfast type places along the way. You are free to chose which places you want to go and how long you stay there. In addition to the above, we also explored the southern coast including the small town of Vík with its amazing black sand beaches and basalt pillars and other formations. There's numerous waterfalls in the area (Seljalandsfossand Skógafoss are some of the better ones) as well as some very unique viewpoints around Dyrhólaeyjarviti. We came back along the Southern Coast with a stop at the very popular Blue Lagoon (which isn't in Reykjavik but is near the airport. Many people spend their last hours in Iceland there before heading to the airport to depart).

For the most part, the only driving around Iceland is on a perimeter road that mostly follows the coast. If we went any further east, we would not have enough time to complete the circle (7 days rushed, 10-14 days if you really want to explore) and would have to loop back the way we came. I would love to go back and explore the northeastern part of Iceland for places unlike any other on Earth (Dimmuborgirand Dettifoss just to name two).

Of course, there's much to see in the north western parts as well... I think if you do any research and spend anytime exploring, you will always wish you had more time!

Katya
I am planning my trip now and I am very excited. Could you please tell me in which month did you go there?

Ryan
I went in April, the days were a bit on the short side and it was a bit cold (but not bad to a Chicagoian), but I would take that to be get incredible rates and be able to visit all those gorgeous landmarks while rarely seeing more then a handful of people.

answered by
Jenn from Arlington (Virginia)

I took a 5 day trip with friends in March- Here are my Top 5, in no particular order:

1).  Glacier hike- tons of different tour operators. We booked through Extreme Iceland and they sub-contracted to someone else but our guide was fantastic.We went at Sólheimajökull

2). Þingvellir National Park- was gorgeous in the snow, I bet its even better in the spring/summer/fall

3). Kolaportið Flea Market - Reykjavik. Nothing fancy or high end, but a good "local" experience.  I got a great deal on a wool sweater here.

4). Blue Lagoon- All tourists, and by no means a natural wonder as its a man-made lagoon but it is by far the most relaxing day I've ever had traveling.

And one more - Jökulsárlón-  Glacial lagoon.  I didnt actually make it here b/c of our short trip, but have heard repeatedly that it is a highlight

If you are going to spend your time traveling the entire country, you can spend 8-10 days trekking through glaciers, waterfalls, and volancoes. I mostly stayed in the capital Reykjavik.  Most do's can include going on an Icelandic horse tour, lots of tours surrounding the waterfalls, Blue Lagoon is a must see. The capital city is super small so take advantage of all the off road excursions to explore a lot of nature trails and waterfalls.