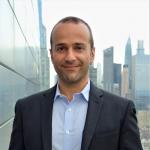 I'm thinking of travelling to Iceland with a couple of friends for Thanksgiving but not sure about the time if the year. Would you recommend going at this time of the year and if so what is there to do in late November? We are thinking of renting a nice airbnb there.

There is really no bad time to see Iceland  It's warmer in winter than most places in the U.S. northeast and Midwest, although you will be dealing with plenty of darkness as in late November the sun usually rises at around 9:30am and sets at around 3:30pm.  A good thing about going there in late November is that it's off-season, so hotel rooms are discounted.

If you're going for just 4-5 days then I'd recommend staying in Reykjavik and renting a car.  Rates are similar to the USA and fuel is more expensive than the USA but less than Europe.  The highways are good and cell coverage is good even in desolate areas.  I'd recommend the Hotel Odinsve, which is a 3-4 star non-branded hotel in a mostly residential area (read: QUIET AT NIGHT) about a 10 minute walk from downtown Reykjavik.  As far as car rental goes, I would NOT recommend renting it at Keflavik Airport but instead taking the Flybus from the terminal to the BSI Coach Terminal, which is about a 5 minute walk from the Odinsve.  There is a rental lot next to the bus station that has Hertz, Budget and a few local companies.  Parking isn't easy to find in Reykjavik, so if you can't find a spot near the Odinsve you can always park at whichever company you rented the car from and walk between the hotel and the car.

I'd definitely recommend the Blue Lagoon, which is about a 10-15 minute drive from Keflavík International Airport and therefore makes a good first or last stop.  Other worthy sights in and around Reykjavik are Perlan, Hallgrímskirkja, the National Museum of Iceland and Laxness museum.  A bit further out of town are Þingvellir (home to the ancient Icelandic Althing parliament and a beautiful natural park), Gullfoss Falls, Geysir (all about 60-90 min drive from Reykjavik), Vík í Mýrdal (about 2h15m), Bjarnarhöfn Shark Museum and the Snæfellsnes (about 2.5-3h).  Another good day trip is the Vestmannaeyjar islands, which can be reached by car + ferry, or by air from Reykjavik Domestic Airport.