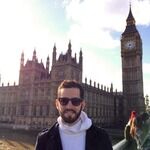 I will spend a weekend in Iceland this April, with a total of 48h (full Saturday and Sunday) of quality time.

Since I've read there are a lot of small nice trips (blue lagoon, geisers, etc.) you can do from Reykjavik, I wonder what is the best use of time for such a short period?

More specifically: should I spend a whole day in Reykjavik? What are the best day trips one can do from Reykjavik?

top answer by
Sara from Bend

Here are a few suggestions my friend from Reykjavik had for my parent's trip there last summer:

Stykkisholmur is a beautiful old town 2 hours from reykjavik http://www.stykkisholmur.is/thjonustan/tourist-info/eden-destination/ There you can go for a boat ride to the islands http://www.seatours.is/ this is a very nice trip to do. Small nice restaurants and galleries.

In Reykjavik the places to see are http://www.thjodminjasafn.is/englishhttp://listasafn.is/?root=1 Laugavegur our main shopping street.. not exactly 5th avenue but it has icelandic designers, cafes, restaurants, tourist shops, ect.

On Skólavörðustígur the street just by laugavegur is a store called Geysir .. if you would like to buy a really nice icelandic sweater. also http://www.minjasafnreykjavikur.is/english/desktopdefault.aspx/tabid-4203 and you can go whale watching from reykjavik http://www.elding.is/

Things to try in Iceland

Lakkris Reimar http://www.goa.is/popup.php?item=43 Kjötsúpa national soup The icelandic lamb is the best you´ll ever have;)

I like the ones from Farmers Market http://www.farmersmarket.is/   Roadtrip snack here is Pulsa með öllu. This means hotdog with everything and what the pizza is to the italians Pulsa is for us;) most gas stations have decent pulsa but the best one is Bæjarins Bestu. http://bbp.is/en/

Downtown Reykjavik has a nice restaurant and bar Hotel Borg http://www.hotelborg.is/Downtown Icelandair Hotel Reykjavík Marina http://hotelreykjavikmarina.com/Downtown by the harbor has a great restaurant and bar overlooking the boats in the harper.

answered by
Hjörtur from Copenhagen

If this is your first time in Iceland, I highly recommend doing a day trip called the golden circle, including the Blue Lagoon. On that trip you'll see Iceland's must sees -  Thingvellir National Park where the world's oldest parliament was establish,  Geysir, the original geyser and  Gullfoss Cafe waterfall. You can either go on one of the organized trips, or simply go on your own in a rental car.

A great activity on the way is to dive or snorkle in  Silfra Crack, an amazingly clear water that has been filtered through the lava for thousands of years. This place is actually the only place in the world where you can dive between the American and Eurasian tectonic plates, but they are drifting apart 2-3 cm a year.

Reykjavik is a great destination in it own, and you have here in Sara's reply some great recommendations for what to do and eat in Reykjavik. The restaurants are in general VERY good. I also highly recommend checking out  Harpa Tónlistar- og Ráðstefnuhúsið í Reykjavík, the new music hall in Iceland which is an architectural masterpiece, specially from the inside.

Since you stay over a weekend, you should check out the night life. Beware, that it doesn't really take off until 1am and lasts until morning.

ps. I can add to Sara's reply that Stykkishólmur, the small town she mentions, is also the set for Nuuk, Greenland in Ben Stiller's Walter Mitty movie.

Sarah
Hjortur's advice is the best! I went to Iceland for 3 nights, and we spent a day on the Golden Circle Tour. I highly recommend it. Gulfoss in particular was a phenomal sight. We traveled by private van with a guide, and it included a stop to a hot springs (not Blue Lagoon, which I would like to go back and see.) It also included a late night stop in the middle of nowhere to look for the Northern Lights. Don't expect to see them, because it can be very dependent on the weather, clouds, light pollution, etc. But it was still one amazing day tour, and a great use of our time! We also enjoyed walking around Reykjavik, which has numerous restaurants and bars to choose from... cute town atmosphere, some museums and shopping (who doesn't want to bring home some lava), etc. You'll find 48 hours is not enough time, but it's a great introduction. Make sure you plan one super awesome full day excursion!

answered by
Kevin from Richmond

The Blue Lagoon is a MUST! A lifetime memory. Make sure to get a massage in the water. Agree with restaurant suggestions - especially The Fish Market (Fiskmarkaðurinn).

Jayesh
Don't miss to visit Blue lagoon and Watch the Northern Lights.. you might be have a good luck to watch it.. best wishes..

Yes, you should try the Blue Lagoon spa and them Golden Circle ApartmentsGolden Circle. It is perfect for 2 days!