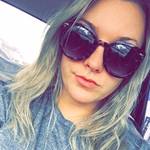 I'll most likely be traveling with 1-3 friends for a week in Iceland. We like to spend money on experiences rather than on luxury accommodations, and although we don't have a set budget, we balance splurging on certain activities with staying at cheaper hostels, eating like locals, etc.

We'd love to get a better idea of what some of the "can't miss" destinations, experiences, sites, etc. are so we can map out our trip accordingly!

If I were headed there for only 7 days, I'd base it around two things:

-The Inside the Volcano tour at Thrihnukagigur volcano. It's the only place known in the world where there's an extinct volcano that still has an intact magma chamber - and YOU can go into it. That's amazing. It wasn't open when I was in Iceland, and I feel totally cheated.

-Go to the glacial lagoon, aka Jökulsárlón Floating Icebergs. That same day - or before/after if you prefer a slower pace - you could take a glacier hiking tour. My first glacier tour absolutely rocked my world. I always thought of glaciers as just static masses of ice. But you'll hear it move as you hike over it. It's amazing.

You could also add some time for an overnight place someplace like Kirkjubaejarklaustur, which is just a bizarre landscape - and very serene.

And Reykjavik itself is a very fun city. Great shopping and dining. You can't help but find great meals there. If you like seafood, you're in for a treat.

First of all, be prepared to spend more money than you anticipate.  Although Iceland isn't as outrageously expensive as it used to be before the 2009-10 financial crisis, the currency has recovered most of its value and therefore Iceland is NOT cheap.  Fuel is cheaper than Continental Europe, but lodging is expensive (and often poor value for the money) and food is especially expensive (because most foodstuffs are imported).

With only a week to visit the country, I'd suggest basing yourself in Reykjavik.  The city centre has a good array of hostels, moderately priced hotels and more expensive business class hotels.  The first time I went there (with Mum and Dad) we stayed at the Hotel Odinsve, a 3.5-4 star hotel just outside the centre.  It's close enough to the city centre to be just a short stroll from where the action is, but far enough away to be quiet at night.  The can't-miss sights in central Reykjavik are the Hallgrímskirkja, the National Museum of Iceland, Tjörnin Park, Grótta Island, and the open-air Reykjavik Open Air Museum.  A short 15-minute drive out of town takes you to the Halldór Laxness Museum.  Halldor Laxness is Iceland's most famous author and the museum is in his house.  The Blue Lagoon is a famous natural geothermal spa about halfway between Reykjavik and Keflavik Airport.  It's touristy but worth it.  Food and booze are expensive, but you can save money by eating at local joints such as Bæjarins Bestu (famous hot dog stand), Sægreifinn (try the whale brochettes), the cafeteria at the BSI Reykjavik bus station (trust me, better than it sounds) and the service deli at Bónus Supermarket.  Or you can go with Iceland's national dish: Domino's.  Don't forget to try hakarl (putrified shark: tastes better than it smells).  As far as booze joints and clubs, just go out after dark and pick the ones that are most crowded - Icelanders know how to party and if the place is packed with locals it's a safe bet for a good time.

A bit farther afield, check out Þingvellir ruins (the site of the Mediaeval Icelandic "Althing" seat of government) about an hour and 15 minutes' drive out of town.  Selfoss is a beautiful waterfall down the road from Thingvellir.  A 3-hour drive takes you to Stykkisholmur on the beautiful Snæfellsnes peninsula, where if you liked the hakarl you had in Reykjavik you can tour a facility in Bjarnarhöfn where it's processed and learn how it's made (call +354 438 1581 to make a reservation).  My best friend (who is Icelandic) took me here when we went to Iceland last year and it was the most interesting thing I did in both my visits to Iceland!  We got to help unload a dead shark from a forklift and watch it get filleted, and we got to test the ageing fillets for doneness.  The smell clings to your clothes so your car will stink to high heaven on the 3 hour drive back to Reykjavik but it's so worth it :-D

answered by
Katie from Reykjavik

It depends on when in the year you are going (in summer the days are super long, while in winter it's the opposite, so how much you can do in one day will fluctuate with the seasons).

In general, I would say to split your time between somewhere on the south coast and Reykjavik. Along the south coast you can see Seljalandsfoss Waterfall  and Skógafoss plus the black sand beaches at Vik, plus Jökulsárlón Floating Icebergs glacier lagoon and Skaftafell park. From Reykjavik you can do day trips like the Golden Circle and some hot springs. Something like this kind of itinerary https://tripcreator.com/s/6Okjph

answered by
Kara from England

Look up iceland excursions they have loada of short tours that take you there and back...and was great, most trips are a full day. While there i can reccommend snowmoboling up in the mountains that was amazing!! We also visited the golden ciecle to see the main attractions ie geysir, waterfalls etc again a must and the blue lagoon (very expensive) I'd suggest a night trip to see the northern lights it's very cold but well worth it. We only had 5days and all the above was spent daily so we was very tired.would of loved to see a volcano but in iceland things are so spread out there was no time.