Have you ever had an unforeseen change in vacation plans?

Back in 2012, my sister and I planned this unique vacation trip to NYC that suddenly took a 360 degree twist when Hurricane Sandy hit the city. We had to stay at the hotel's room for almost 2 days, lost the flight back home, and ended landing at an airport outside San Jose (the capital of Costa Rica).  Do you have any story and photos to share?

Can't wait to hear your stories!!

Well mine are probably different then most of the trippy community lol. I was arrested (or robbed by the "police") in Tijuana Mexico. We were leaving an ATM machine when a police truck stopped and told us we were under arrest, I quickly explained that we weren't doing anything wrong and he must be mistaken. We were then handcuffed together and placed in the cage in the back of the truck. They stopped and told us our options,

1. we can take you to jail and wait two weeks to see a judge.

we knew we were getting shaken down but we also were young and broke, and there was 5 of us and we didn't have $500?! We explained that we didn't have that much but don't want to go to jail. They then started to drive us to different ATM machines and force us to take out money. I wasn't joking when I said we were poor, they ended up getting under a hundred bucks and had no idea what to do with us, so the drove us in between TJ and San Diego, un handcuffed us and told us to walk.  this caused a small delay the next day as you can imagine

on the caribbean coast of Panama enjoying a "Smoke" when a police officer tapped me on the shoulder. This ended up very similar to what happened in Mexico lol.

In Costa Rica a girl I was dating that later became my wife. Never showed up at the airport for the second leg of my trip, and she had all my money for the rest of the trip. I had no bank account or credit card and had to be saved by missionaries that let me stay with them for a couple days to get in touch with my family.

Just a couple fun stories from my adventures!

We traveled with my father to Scotland a few years ago. He wanted to see where his ancestors came from. It was a beautiful trip and we have many fond memories. We had planned to also go to England and visit with some friends who lived there. Unfortunately, my uncle (my father's younger brother) passed away. My father told us to go on ahead without him, but we did not feel comfortable leaving him, so we went home without ever visiting England. Hopefully we will be able to get there one day! 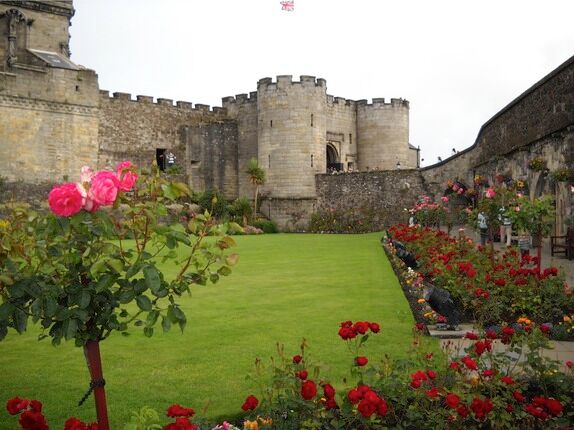 answered by
Keith from Bowness-on-Windermere

Original plan was: Ride the 'Ghan' train from Darwin to Alice Springs: do a 4-day tour of the Red Centre (aka Central Australia) & return to Alice Sarings to ride the next train to Adelaide.

THEN ... the railway company changed the time table; we would have to wait 4 days in 'Alice' before the next train.

SO ... we caught a bus. Alice to Adelaide, with a 24 hour stop at Coober Pedy

We did get a partial refund for the Adelaide leg we didn't take; the bus didn't cost nearly as much ... but the savings were eaten by buying opals for the ladies in Coober Pedy! 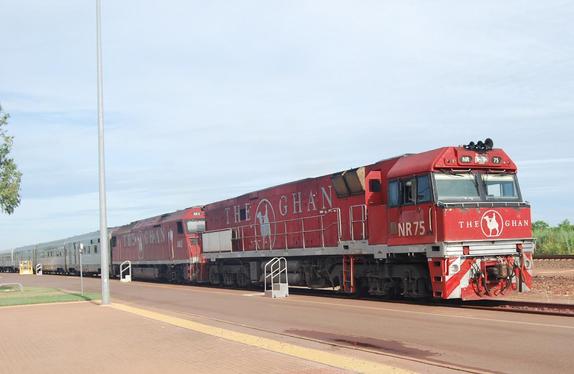 answered first by
Billy from Chicago

I broke my leg in Nanjing, China in 2008. That was NOT planned. So I did the only rational thing and grew a beard and rigged up some crutches to be big enough to actually be functional. It was so hot by the time we got to Shenzhen. 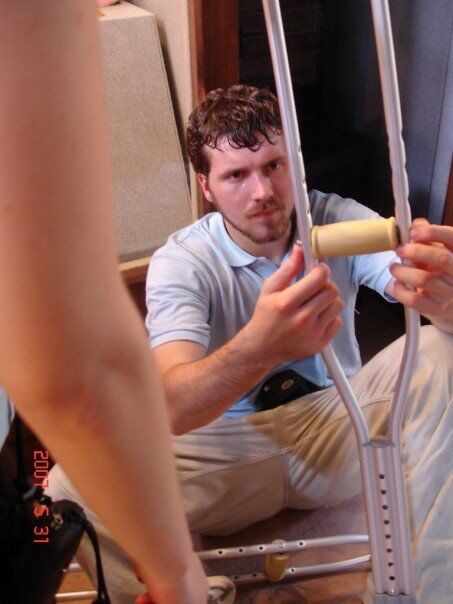 DUring a month long trip, my luggage was stolen, my travel mate became irritable and disruptive after day 3, and we had just booked too many cities in Italy and Spain. We ended up staying Our last three extra nights in Granada. One of the best decisions of the trip. my friend got in a couple rounds of golf,I got to go to the beach and we went to a hammam. Best of all, we stumbled upon a one-day mini Semana Santa. We stepped in line behind all the locals and marched all around Granada for a couple of hours. Very cool experiences that we would not have had if we had continued at our hectic pace.

In 2004, I had planned to take a two weeks paint workshop in Spain ( one week workshop, one week in Paris). 3 weeks before the provider says there aren't anough participants, so the workshop is canceled.  Full refund for the workshop was comming. Since I had bought the plane ticket by my self, what to do ? My travel agent told me to go by myself. My frist solo travel. Started in Seville, than to Granada where I saw the Alhambra, two days to the beach in Calix ( small tonw in southern Andalusia), then back to Sevilla to finish with the last week in Paris for museum hopping.

I did the traveling from town to town by train, barely speaking spanish. I had a great time.

Does missing your plane and sleeping overnight in an airport count?

Rocio
Of course it counts!! Thanks so much for yr note!
1 thankscomments (1)

answered by
Kate from Ohio

We had a bit more notice on the change then most of the people here.  My mother and I had a big graduation trip planed out west in the US.  Hitting spots like Zion National Park and Upper Antelope Canyon that would have required alto of hiking.  We had reservations and all.  Then about 2 months before the trip my mom needed surgery for her shoulder and we were afraid the hiking might be too much.

We ended up renting a condo and car near Akumal and had the best vacation of our lives. We drove to a different bay each day, ate at some restaurants most tourists would never consider and did a ton of snorkeling.

I realize it is not as far off the beaten path as some of you go but it was a big change from our normal AI in Mexico and has forever ruined me for cookie cutter vacations.

answered by
Judy from Sydney

I had a whole trip to Spain mapped out. I was flying out of London with Ryan Air, and the flight kept getting delayed until it was going to have us land in Barcelona after midnight. I called the Hostel where I'd made reservations to make sure this was going to be okay, and they told me they didn't have a reservation for me, despite my protests (and my providing a reservation number). At that point I decided to go home, and the next day I went to Cornwall instead! Had a great trip there in the end :)

Keith
One of the reasons I'd rather drive there in a Trabant rather than fly Ryanair! :D

I got deathly ill out last night in Madrid, tried my hand at a local ER and ecru ally just roughed it on our way to Valencia in a rental car.. My stomach wasn't right the rest of the trip and I couldn't anything but bread for a few days (which part of the reason we WENT to Spain was the food!) we look back and laugh now