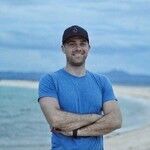 Hi, what is the best place for Pho in Hanoi? I am going to be staying in the Old Quarter, just north of the lake.

Seriously, forget pho. That's like going to Italy for pizza. Try stuff that you can't get in your hometown ... like cha ca la vong or bun cha ha noi. Those are so much better than pho that I've only eaten pho once or twice in the last few years. That's all close to the Old Quarter, too. You've probably already read this, but just in case: The Old Quarter is broken into sections named after what's sold in them. That will make it easy for you to find the food (or other items) you're looking for.

Another head's up: The better restaurants in Vietnam don't serve a wide variety of dishes. They focus on something in particular. There's also this sidewalk cafe in the Old Quarter where you pick a bunch of stuff and cook it at your table. It's amazing.

answered first by
Hanh from Stanford

My favorite place for Pho in Hanoi is Pho Suong (specialized in Beef Pho). There are 2 different locations run by a pair of brothers; they have slightly different taste but generally both very good.

Location 1: located in the Old Quarters

Location 2: my favorite, but a bit out of the way for visitors

You should go to Hàng Điều for the Pho.

Just hang around the streets and get yourself a free seat !