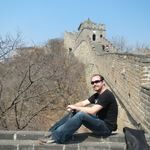 What is the best route to go overland from Tikal to Antigua?

What is the best route to go overland from Tikal to Antigua?

Are there any towns worth stopping at along the way?

What transport should I take?

I would like to avoid Guatemala city if possible.

top answer by
Eyal from Haifa

Hi ,
I remember the route I took, there is more than one available...
I came from Antigua to Lanquín (thru Coban), after staying in Lanquin, I took a collectivo to Sayaxché stayed over night. If you can skip this stay and continue to Flores its better. From Flores I took the ride to Tikal.
obviously stayed over Tikal.

Pejman
yeah i second stopping at Lanqin. you really should see Semuc Champey. Stay at the zephyr lodge in Lanqin and it will take your breath away. Antigua to Tikal is simply a long and tedious minivan journey. not recommended on Guatemalan roads especially, split up your journey.

Rob
Thanks, so from Tikal direct to Flores skipping Sayaxche would be recommended Then onto Lanquin > Coban > Antigua? Would that be the best way? How is it to travel overland by yourself there? Any dangers or issues to be aware of?

Eyal gave a great answer, the only thing I would add is that, when you are in Antigua, try to put some time aside to head to Lago de Atitlan, which is really an amazing place.  Depending on time, a trip to the Chichicastenango Market is definitely worth it.  Amazing place.  At Atitlan, we stayed at Hotel Lomas De Tzununá which was a fantastic hotel and very reasonably priced.

Another option would be to head from Tikal to the Parque Nacional Rio Dulce, which is a pretty fascinating place.  You would head toward Fronteras, which everyone refers to as Rio Dulce.   Fronteras/Rio Dulce sits by a bridge that runs between Lake Izabal and the Rio Dulce river, which flows from the lake to the Caribbean. There is a cool market in Fronteras/Rio Dulce where locals arrive in dugout canoes to bring produce, etc. There is also an old Spanish fort Castillo de San Felipe, which was built to keep Pirates from coming up the river and into the lake.  You can take a cruise down the river and El Golfete, which ends up running through a river canyon that is pretty spectacular with huge cliffs rising up on either side before reaching Livingston on the coast.  I've only visited Livingston for a few hours... its a kind of strange little Caribbean town that is only accessible by the water and has a real pirate feel to it.   This is a part of Guatemala that few people, other than sailors and yachties visit, but it is pretty amazing, as long as you can schedule transport up/down the river.

From Rio Dulce, you could then cut over to Coban and on to Antigua.

Eyal
Brew thank you, you did the route to Rio Dulce I planned doing If I just had more time to travel :-)