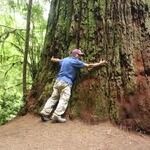 Best breweries in Grand Rapids & how to get there from Milwaukee

Some buddies and I are going to Milwaukee for a mini-fraternity reunion. We heard that there are some great breweries in Grand Rapids so we're thinking about crossing the lake and checking them out. Can anyone tell me which are the best ones to visit? Also, what's the best way to get across the lake? We'll drive around it if we have to, but we're definitely making our way to Grand Rapids somehow!

top answer by
Phillip from Flint

Grand Rapids has some of the best breweries in Michigan and probably more than you would be able to visit in one trip. (I'm kind of a beer snob so I'll list the ones I think have better beer higher)

1.  Founders Brewing Co. is getting worldwide attention for their beer. My favorite is their Breakfast Stout. (They are getting pretty big though and I'm not sure if they do tours anymore)

2.  Brewery Vivant is a newer brewery but is already making amazing beer. They kind of specialize in Belgian beers.

3.  New Holland Brewing Company is in Holland, just outside Grand Rapids and makes some of my favorite beers. Try The Poet, Mad Hatter, or Dragon's Milk.

4.  Perrin Brewing Company also a newer brewery putting out some great beer. I like the Kona Brown.

These are all pretty large scale breweries. I'm not a Grand Rapids local so I don't know as much about the smaller breweries, but I am a bartender here in Flint and I get to try different Michigan beer every day.

As far as getting across from Milwaukee, I've heard of taking the ferry but never done it myself. Good luck!

Noel
Fantastic, Phillip! I'm jonesing for a beer already! Good to know that there is a ferry. I'll look into that. Thanks!

answered first by
Cindy from Milwaukee

What? Milwaukee has some great breweries (and a distillery), too!

After all that I'm not sure it's wise to drive, but that's what you'll have to do, as the ferry is no longer running for the season.

Consider staying. Let me know if you want other suggestions. If nothing else, our homebrew isn't too bad. ;)

Debbie
Sounds amazing, Cindy! Thanks so much for sharing! By the way, I'm a community manager here and I've helped you highlight the places in your answer on a map! In the future, you can do this yourself as you answer a question by simply typing the @-symbol followed by the name of the place. Take a look at your map next to your answer! :)

Noel
Thank you for all of these recommendations, Cindy! In addition to Grand Rapids, we'll definitely be staying in Milwaukee for a bit, so this is great!

answered by
Joe from Arlington Heights

I definitely recommend visiting  Founders Brewing Co. in Grand Rapids.  This company is growing quickly and is expanding the availability of their limited releases due to high demand.  If you can get some KBS, you are in for a real treat...although it's usually only available around March or April.

Noel
Oooooh, sounds great. I'll keep an eye out for that KBS. Thank you sir!

answered by
Terry from New Berlin

There are two ferries across Lake Michigan. Lake Express and The Badger. The Lake Express ferry's season starts May 1st. Travels from Milwaukee to Muskegon, MI. Typically takes 2 1/2 hours. www.lake-express.com

The second ferry, The Badger travels from Manitowoc to Ludington and take approximately four hours. www.ssbadger.com