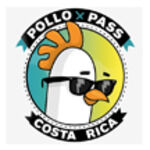 4 days to see & experience it all. We have a hotel so any activities or places we shouldn't miss?? Thanks!

top answer by
Liz from Washington

Granada (Nicaragua) is a great city and small enough and safe enough that just wandering the streets is ok and it is a beautiful city so I highly recommend it.  Make sure you stop by Guadalupe Church during the day and in the evening for some amazing photo-ops.

If you have time on your trip from Managua to Granada you should stop at the Masaya Volcano.

I would also recommend a trip out to the Isletas De Granada while you're in Granada.  If you can rent one it will be even nice, but just a day on the water will be a blast.

Haydee
Thanks Liz! This all sounds awesome.

answered first by
Collin from Providence

You have a beautiful trip ahead of you! There's a lot to do, but one thing you absolutely cannot miss is  Lago de Nicaragua.... no, you literally can't miss it, Granada is on its shore! This isn't just any lake, it's massive. So big, that there are a couple islands in the middle of it. Speaking of which, you should certainly head to the  Isla De Ometepe, the biggest island in the lake. There is a volcano on the island, and numerous organic eco-farms. In the city, be sure to just simply walk around either in the early morning, or right before the sun goes down, and drink in all of the colonial architecture, such as  Catedral de Granada

While you're there, you'll have to head into  Managua, only about an hour northwest. While in Managua you can spend time in the cozy and friendly  Puerto Salvador Allende where there are great restaurants, bars, and some small artisan shops.

Granada is a good first time spot for tourists heading to Nicaragua, and I don't think you'll be disappointed.

Haydee
Thanks Collin! I have added this to my trip notes!

answered by
Andy from Innsbruck

Go to Volcan Mombacho, take a trip to the islands in Lago de Nicaragua, volunteer for a day with EducationPlus Nicaragua! Have fun!

Collin
thanks for more spots to visit in the city!