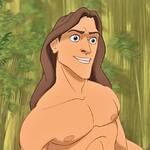 Looking for hotels and things to do in Goa

We are going to Goa in a few weeks. Can anyone recommend good hotel around 100$ for 2 days? Also, what do your suggest we should do there? Thanks a lot.

I can sense that your budget is low, so you must be looking at not-so-star rated accos, that may even be a little nondescript, as long as they are clean and hosts are nice.

The best place I have stayed at in Goa is Jacinto's Guesthouse (Jacinto's guest house) in Calanghute, very near the beach. This is run by one man called Mr Jacinto and his wife. I have stayed there at least 4 times, very near to the beach. They have single and double rooms to rent out, and also bigger accos that have their own kitchen.

The other place that might fit your budget is Blue fin, its a restaurant, but the people who run this, have a guest house of their own, most probably has no real name. So you must reach there and talk to them for the room.

For about $50 per night, you may even get better options in the off-season, which is basically before Nov and after Jan. I personally like this place called Alcove Resort (Alcove) in Vagator. Very clean, almost upscale and overlooking the beach, next to 9 Bar (9-bar).

If you are looking at partying, they all happen mostly either up north, or way down south, basically away from the tourist hot-spots. Anjuna Beach and Vagator Beach are famous for EDM music and a few rave spots. There is an awesome place called 9-bar on Vagator beach. Music plays till 10pm there, they get good DJs to play.

If you are not into EDM, you may want to check out club titos.

answered first by
Adnan from Dubai

If you're planning to visit or stay in South Goa, Palolem is the place to be! Check out this hotel called - The Nest! Affordable and pretty!

Nowdays the cost of hotels are economically as due to rainy seasons the low flow of customer in Goa. You better take a hotel in city rather than near beach and can visit some monuments or beach to hangout.

Nowdays you will get the hotels in that price as due to rains the prices of all hotels are low and try to get hotels in city. You can visit some monuments and sight seeing.