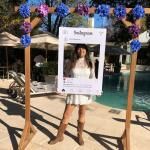 Would like to know the border process, times, fees for crossing from Paris into Germany?
We are planning a roadtrip from Paris, travelling to Stuttgart, Munich, Radstadt (Austria) & possibly Slovenia & Zagreb (Croatia).
Need to know what border control there is?
Times?
Border crossing process?
Fees - we are a family of 2 x adults & 3 x kids (under 11)?
Is it safe?
Thank U

answered first by
Mary from Leicester
>Is it safe?
Of course it's safe! It is perfectly safe to travel through and between all 27 European Union countries, whether you drive or use public transport.
> Need to know what border control there is?
>Border crossing process?
26 countries, some in the European Union and some not (e.g. Switzerland), have joined to create the Schengen Area.
https://en.wikipedia.org/wiki/Schengen_Area
There are no formal border controls or formalities between countries in the Schengen Area.
France, Germany, Austria and Slovenia are all in the Schengen Area. You may not even realise you've crossed a country border until you notice a difference in language on the signs!
Croatia will accede to the Schengen Area in 2024. At present, there are still formal borders between Croatia and all its adjoining Schengen and non-Schengen countries.
When you cross into Croatia you will simply stop, show your passports and answer some simple questions e.g. where you're going etc. Officers can, if they wish, ask you to e.g. open the boot of your car. Croatian border officers will speak at least some English....many are fluent.... so you don't need to worry about that aspect.
You'll also pass through border control (same process: show passports, answer questions etc) when you leave Croatia and enter another country, including countries within the Schengen Area e.g. Slovenia or Hungary.
>Times?
Sometimes there are queues to cross borders, sometimes there aren't. There's no way of knowing in advance what the situation will be like when you arrive.
>Fees - we are a family of 2 x adults & 3 x kids (under 11)?
I have no idea what you mean by 'fees'. There is no charge to cross the border of any European country.
Your profile page suggests that you live in South Africa?
South African citizens need a Schengen Visa to enter the Schengen Area (that is, all Schengen countries) . As you're starting in France you need to make your Schengen Visa applications via France.
To avoid the many scam Schengen Visa sites use the official French government website below to make your applications.
https://france-visas.gouv.fr/en/web/france-visas/tourist-or-private-visit
South African citizens require a tourist visa to enter Croatia. Official visa site:
https://visa.vfsglobal.com/one-pager/Croatia/Southafrica/english/
You also need to carefully research which car rental companies will actually allow you to take a car into another country. Some will allow you to take vehicles into countries adjoining the one where you pick up the car (usually for an additional premium) but otherwise will either not allow you to take the vehicle into other countries or will charge a very high premium for doing so.
This is especially the case when taking a car out of the Schengen Area, which you will be doing if you cross into Croatia.
Don't even think of not telling the car rental company your plans. If you took a rented vehicle into another country without telling the company the legally-required vehicle insurance would automatically be invalidated and you would be driving illegally.

answered by
John from New York State
Hi there!
Travelling between countries within the EU is that same as traveling from NY to NJ or between any of the states in the US. There is no border fees or anything of the sort. There will simply be a sign indicating that you are entering Germany or leaving France etc... Just as you would if you were entering Colorado.
Have fun!