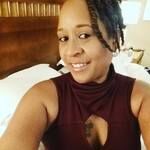 If I had about 11-12 days to visit Germany would that be enough time to visit, Frankfurt, Hamburg, Munich, Berlin and then maybe a day trip to Vienna and a day trip to Bruges?

It's logistically possible to visit all those spots in 11 days, but you wouldn't be able to see much in such a short time and you'll probably end your trip wishing you had spent more time in each place.  For an 11-day trip I'd pare your itinerary down to 3-4 cities so you can spend at least 2 full days in each spot.  I'd cut out Frankfurt and Hamburg - Frankfurt is a workaday city with not all that much to attract the tourist, and Hamburg has good nightlife but not much of a daytime tourist appeal and is a bit rough around the edges.  So that leaves Munich, Berlin and either Vienna or Bruges.  I'd recommend Vienna because it's easier to get to from Germany than Bruges.

I would recommend starting in Munich, staying for 3 nights and maybe taking a day trip to Fussen and the castles.  Then I'd catch a train to Vienna (Munich-Vienna takes about 4-5 hours) and stay there for another 3 nights.  Bratislava (Slovakia) makes a good day trip from Vienna.  Then I'd catch a cheap flight on EasyJet or Germanwings from Vienna to Berlin and spend the last 5 days in Berlin.  Berlin is a great city that needs at least 3-4 days to do it justice.

Elaine
Wow that sounds like an excellent itinerary thanks so much

Elaine
I'm going to look into your D and E recommendations.

answered by
terrence from La Porte

Geographically at least, I'd pair it down.  If you just want to do Germany, then Frankfurt, Munich, Hamburgare doable.  Maybe get Berlin in there.  But really. you're better being closer to the borders and doing maybe a few days in Germany, Austria, and Czech Republic. Or maybe Germany, Switzerland and Belgium.  I just did a vacation that began in Vienna, went to Cesky Krumlov, Hallstatt, then finished in Salzburg.  That was amazing.  And even by car hire, it was reasonable.  We also just did a Belgium trip with Brussels, Ghent, and Bruges in 7 days.  You don't want to lose precious time by having to travel a good portion of your trip.  And I find varying your sites makes for a better trip.  Really, there isn't enough difference between, say Berlin and Frankfurt, to justify seeing both.  Personally, unless you see some of the smaller towns or cities, I can't see doing that many German stops.

Elaine
I like your suggestion D, E and F recommendation. In view of that Berlin is definitely on my list but what other city would you suggest? I definitely want to see castles and architecture. Is the Black Forest near Berlin because I heard that was awesome.

answered by
Dobariya from Ahmedabad

you cannot cover all places in 12 days

You should consider to visit Prague(Czech Republic), Dresdenand Cologne. There are also many beautiful small towns in Germany that I find more attractive than the big tourist centers. Some recommendations: Weimar, Rothenburg Ob der Tauber, Meissen

Elaine
I really appreciate the feedback it is very helpful

Andreas E.
When are you planning to go?

Elaine
I'm planning for August of next year

Elaine
What do you think of GE, Prague and Vienna?

Andreas E.
I think it would be a good idea. Dresden (+Meißen) and Prague are not far from each other. You should be able to manage. Don't hesitate to ask again if you have any further questions.