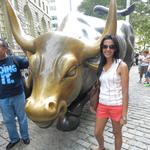 After all your suggestions, I have decided to limit my travel to just 3 countries (Germany - Oktoberfest, France and Switzerland) instead of running around between too many and not being able to see much in any country. We plan to start our trip from London

We have decided to spend approximately 5 days in each country. What other city / town in addition to Paris would you guys recommend we see in France..

Similarly, while in Germany, once we get done with the Oktober fest which city / town should we head to..

I think you have made a wise choice in limiting the scope of you trip.

In France, if you want to do a day trip from Paris, take a look at Dijon, Beaune and Lyon.  They are all easily reachable on the TGV.  Another possibility would be to stop in Strasbourg for a night or two on the way between Paris and Germany.  Alsace is a beautiful region, and is often overlooked.

While you're in Munich, I recommend checking out one of King Ludwig's castles, which you can easily reach by train.  My favourite is Schloss Herrenchiemsee.  It was inspired by Versailes and is incredible!  You take the train to the town Prien am Chiemsee, then a short boat ride to the castle which is located on an island.  You could also check out nearby Frauenchiemsee (Women's Island), which is known for it's fresh fish.

After Oktoberfest, I would suggest that you visit Neuschwanstein Castle as it is not only in a beautiful valley, but it is a stunning example of a fairy-tale castle.  Another great day-trip from Munich, would be Rothenburg Ob der Tauber a "living museum" example of a medieval village.  If you are a history fan, think about visiting Nuremberg, the Nazi Documentation Center there is a great museum, and the arena where the Nazi faithful marched in front of Hitler, is just across the Lake from the Center.

As others have mentioned, Lyon would be an interesting trip from Paris, however, it is easily a full day-trip, think about taking the TGV there. Perhaps you could consider taking the TGV to Rouen, where Joan of Arc was burned at the stake.  It is a beautiful example of a Normandy city, not a large city, very walkable, with pedestrian only sections to shop in. I assume you are aware of how close Versailles is to Paris?  You can catch an RER train there from several Metro stations, and it is a stunning example of where the French Nobility used to live.

You mentioned that you are starting your trip from London, have you thought about riding the train from London to Paris via the Chunnel? It is less than three hours, and beats having to linger at Heathrow and CDG in Paris !

I'm sure you have heard this from others, but Switzerland is very expensive, however, you might want to consider finding a way to visit Chamonix, as it is a very pretty village and the cable car ride up to the top of Mont-Blanc Chamonix is amazing.

If you have the time, and because it is very close to one end of Switzerland, consider visiting Annecy, the city and the Lake there, are beautiful.

Don't forget to go downtown in Munich to Marienplatz, have a beer somewhere near the Rathaus, and watch the Glockenspiel march once each hour.