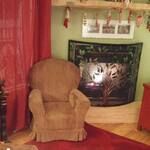 Starting from St. John's (Newfoundland) to Florida, I need an accessible plan, fully, for wheelchair, with equipped bathrooms along the way. Places to eat and info on wheelchair access in hotels. Our budget is not high. My son can't use public transportation anymore due to his health...they are cesspools of dirt and germs so flying is out. Will need our van. It will likely be his last trip and we'll have to stop frequently to give his body and bottom a break. Don't even know if I could pull it off. Length? Not that far with it yet. Expensive to get off the island here. Perhaps the Carolinas instead....suggestions gladly taken! Thanks!

answered by
Maria from Fort Worth

Here is a website for the North Carolina that might help. Also you may want to check each state's website you are planning to drive through/stop in to see if they have similar information. Also, go to the U.S. Department of State - Bureau of Consular Affairs  website and review Traveling with Disabilities. It will also provide you with additional  information about traveling in the US with people who have disabilities.

I can't answer this question for the Canada portion of the trip from St. John's (Newfoundland)

For the US portion.  I use a mobility scooter but I can walk some.  I usually make reservations at a Hampton Inn and specify the accessible room with a roll in shower.  Most of the Hampton Inns will have such  rooms and they will also have a free breakfast. (Although you may have to bring him his breakfast because it will be a buffet which is difficult in a wheelchair)

I would advise that each leg of the trip be no more than 200 miles.  That would be two hours in the morning, and a stop for lunch and then another two hours to the hotel.  From St John's to Miami would take 54 hours so it would be about two weeks each way.  If you just went as far as Duck it would be about 10 days.  Not that much less.  And that is using the interstates which are not always very scenic. A shorter trip would be to go to Provincetown which you could do in about a week.  This is a website that lists wheelchair accessible trails in various states https://www.traillink.com/cityactivity/dennis-ma-wheelchair-accessible-trails/

If you take the more scenic routes, (such as instead of taking I-95 through Philadelphia, going down the coast of NJ through Toms River and Cape May and then taking the car ferry over to Lewes and then following down the eastern shore of Maryland and Virginia and taking the Bridge tunnel to Norfolk  You could also take an inland route going across Canada and down through the Finger Lakes area of NY.

The route you take depends on what kinds of things you would think he would like to see.  Does he like looking at the water (beaches are difficult for wheelchairs), or would he like to see mountains?  Cities like Boston, or small places?  National parks for nature, or museums.   The national parks in the US have pages where you can check on the accessibility- this is the one for  Acadia National Park https://www.nps.gov/acad/planyourvisit/upload/AccessibilityGuide.pdf