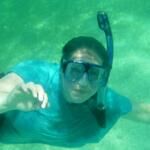 Just wondering if there are any vegans in the Trippy universe?  If so, what are you favorite places to travel to for great vegan food offerings?

top answer by
Joanna from Oakland

Northern California has lots of vegan options, particularly in Berkeley and San Francisco.

answered by
Melanie from Dublin

Here in Dublin my favorite vegan restaurant is Cornucopia Wholefood & Vegetarian http://www.cornucopia.ie/ Just back from Budapest where there are so many delicious vegan restaurants including Napfényes Étterem http://www.napfenyesetterem.hu/english and Édeni Vegán Restaurant http://www.edenivegan.hu/

I find the website www.happycow.net  a very reliable source of Vegan restaurants worldwide.

answered by
Ritu from Gurgaon

India is a place,where you can easily find vegetarian foods,especially in North India and if you love bit spicy food then New Delhi is known for its spicy food.

It would be hard to do better than Los Angeles when it comes to vegan restaurants. Even if a place isn't vegan it could still very well have vegan meals. Vegan Glory is good and Crossroads Vegan is amazingly good not to mention a great place to see celebs. Real Food Dailyis super popular but I think their food tastes like paste-covered cardboard, personally.

answered by
Heidi from Colorado
Ashland (Oregon) is a great place for vegetarians and vegans, long before being vegan was trendy. My dad went to college there when I was a kid and our entire family was vegetarian. Even in the 80s it was easy to find a vegetarian meal in that town!

Kate
Thanks! wouldn't have thought about Ashland.

answered by
Peter from Vienna

I would recommend Berlinas it has uncountable Restaurants and Eateries which are strictly vegan and almost every single one in the city does offer at least a few vegan options. Its a vegan paradise, i would say!

My wife is a vegan, and the best food with no meat ate it on Dristor Kebap, in Plaza România, on the top floor, and second place was in Thassos(Greek salad).

answered by
Lacy from Little Rock

I think I saw plenty of places in Portland, Oregon and Eugene, OR.

answered by
Kristina from Los Angeles

I was a vegetarian for 8 years so I made sure to look up vegetarian/vegan restaurants online before even traveling to the city (good idea if your going with family that aren't all vegetarians so it will at least be on your list of things to do). But I have to say New York City is the best...basically for food all around (Paris is amazing but not so Vegan friendly)! One of my favorites in NYC is Candle Cafe. I even bought there cook book because I liked the place so much!  If your in Jackson Hole, Wyoming, another one of my favorite vegan restaurants is Lotus Organic Cafe. Also, If you haven't been to Los Angeles yet - I recommend going. I live in LA so I get to try a lot of the healthy vegan friendly restaurants, some of the best being True Food Kitchen (which they also have in other states), Bean Sprout Cafe, Native Foods Cafe, Hugo's Tender Greens Hollywood and so many more. Happy eating!

Kate
Thanks! I have to admit LA hasn't been on my go to list, but I think I will change that.

answered by
Di
Most people in India are vegetarian, so you don't have to worry about eating in India.

I'm not a vegan but I do set aside a day, once a week to refrain from eating meat. Here in New York City, we have quite a few good vegetarian restaurants. Check these out:

Ethiopia is the best place for a vegetarians.

answered by
Edward from Stockholm

You've already gotten great answers but I just wanna add Vienna to the list. This was a pleasant surprise for me when I was there since I thought that Austria would be a tricky country for someone who doesn't eat meat. :) Lots of vegan food everywhere, like at Vollpension and Xu's Cooking. Also: TIAN restaurant Wien was wonderful! This is a vegetarian and vegan restaurant that actually have a Michelin star. And our hotel had lots of vegan options for breakfast: Hotel Altstadt Vienna. 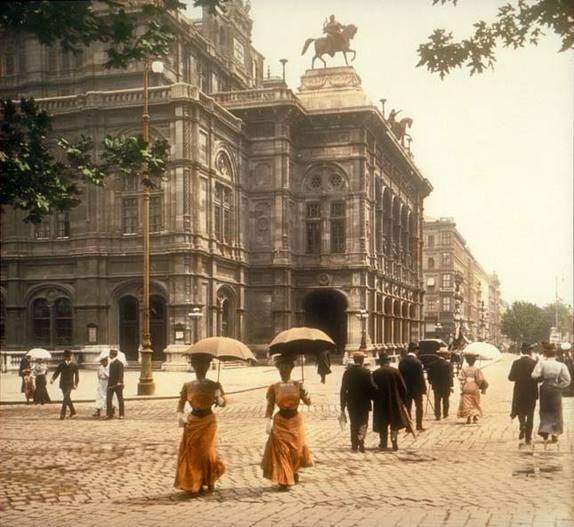 My opinion on veganism is that unless it's done for religious reasons or based on medical advice from a doctor who has personally examined and treated you, veganism (and other alternative food movements such as vegetarianism, Paleo, etc.) are first-world indulgences that show insensitivity to the billions of people on Earth who have no choice but to eat what they can obtain and afford, and for whom veganism is an unaffordable luxury.

Having said that, California, London and India are good destinations for vegans.  California and London because they have plenty of specialty vegan restaurants, and India because vegetarianism/veganism are intrical parts of 2 of the local religions (Hinduism and Jainism) and therefore it's easy to find food that fits your needs.  I went to a vegan restaurant in London once, called Mildred's (45 Lexington St., Soho) and found it surprisingly good - the chefs do the impossible and make vegan cuisine actually taste like food :-D.  Ethiopia is also a good spot for vegans because many people are vegetarian for religious reasons, but butter is a major staple of the local cuisine so you'll have to ask for your food to be prepared without it.

Caitlin
Quite the contrary, veganism is actually a very affordable way of life. Meat, dairy and seafood are some of the most expensive foods to buy, whereas fresh fruit and vegetables are some of the cheapest and healthiest. I'm a little confused as to why you would answer a question about vegan food when you stated that veganism was a 'first world indulgence that shows insensitivity to billions of people on Earth', and stated that you once went to a place where the 'chefs do the impossible and make vegan cuisine actually taste like food'. So, you're saying that fruit, vegetables, grains, legumes, nuts, seeds and soy products amongst all many other vegan foods don't taste like food? Of course , food must refer only to animal parts and products. If you're not interested in veganism or becoming vegan then that's fine, but please don't comment your annoying opinions on a thread where the people reading or answering will most likely be vegan. It's rude and frustrating.

Janelle
Caitlin P. I am entitled to my opinion, even if it differs from yours. I've eaten at vegan restaurants not because I follow the movement but because I've travelled/gone out with vegan friends. I find it impressive how creative vegan chefs can be, and there are a few vegan restaurants out there that are genuinely decent establishments. But I stand by my opinion on veganism and other alternative dietary movements because when affluent people insist on bringing their first-world problems and personal hangups with them when they travel, then that's insensitive to the many people in wherever they travel to that have no choice but to eat what they can afford, unhealthy though it may be. I think of bringing veganism with you when you travel as a sort of neo-colonialism (i.e. My way is superior to yours and when I visit your country it's your job to accommodate me, not vice versa). And if you don't like it then tough feces. If you don't have anything nice to say then keep your snide, elitist comments to yourself and shut the hell up.

answered by
Tal from Tel Aviv

Tokyo is also brilliant for vegan food! I followed Happy Cow when I visited and found a different vegan restaurant for each day of my trip :)