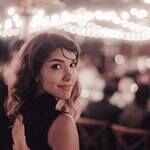 What are your favorite cities for winter travel in Europe?

Hi Trippy community! I will be in North England for a wedding late December, followed by a week in Portugal, and have another week after that left open to travel to another country. As of now I'm deciding between Belgium or Ireland (to be honest because of all places I checked, I was able to find the best rates on roundtrip tickets from my local airport to Brussels or Dublin) but I'm also open to other suggestions. Does anyone have experience traveling to either of these two countries during that time of year, or have another favorite European city in the winter? I'll be traveling solo, not interested in skiing/winter-sports, but love finding new picturesque spots either pretty nature or towns full of character ect. Thank you in advance for your help/guidance :)

I've never been to Belgium in the winter, but a winter trip to Amsterdam (Netherlands) is definitely on the list.  I hear that people skate on the frozen canals.  Doesn't that sound like a ball?

However, about ten years ago I did travel to Ireland in the late winter/early spring.  I landed in Shannon, traveled up the west coast, eventually going east to Dublin.  I was very surprised how mild the weather was.  Sure it was cool, but a week later I was in England and it was cold to the point of being bitter.

An odd thing about Ireland is given its small size (It's about the same size as Maine), the fact that it's surrounded by ocean tends to have a moderating effect on the climate.  It gets cold, but not bitterly so.  In fact, you'll probably find it not too different from San Francisco.

To illustrate further; between Ennis and Galway City (on the west coast) many people have planted palm trees in their yards.  Seriously; palm trees.  They've picked them up while traveling in warmer climates, brought them back home, and planted them.  They're only about seven or eight feet tall (the trees, not the Irish) because the climate is such that they easily survive, but don't really thrive.

answered first by
Julia from London

My recommendation is Reykjavik in Iceland - it's a gorgeous and quaint city, and there are loads of group day trips you can do from there to explore the Iceland countryside and get involved in adventure activities like snowmobiling if you like that kind of thing. Happy to assist with the planning. Julia@lekkeradventures.com

I love Florence, i have been in Florence last weekend.

If you love do it the experience i suggest you this activity:  Anna's kitchen 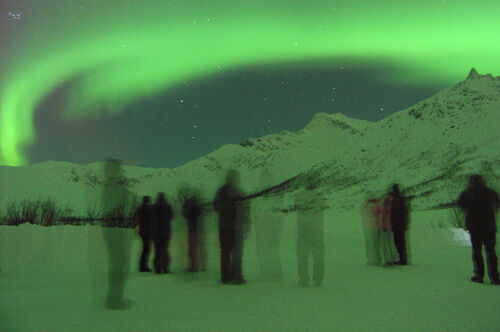 I was there in the summer, and I couldn't stop thinking about what it would be like in winter.

And I agree with Julia about Reykjavik. That is simply one of the coolest cities on the planet. Great food, bookstores everywhere, lots of cool design.

I may be biased (ahem!) but I recommend Ireland The weather is usually pretty ok, it might be windy and rainy on some days but it's not usually unbearably cold or icy. The roads between towns and cities are pretty good and driving is easy. We also do "winter" well in Ireland with cosy pubs, candlelit restaurants and warm open-fires. Irish people are generally endowed with the "friendly gene" and we love meeting new people and showing off our lovely country.

Wherever you choose have a great time!

answered by
Sally from Los Angeles

I've been to Ireland in the winter, and I have to say it's very beautiful. It *usually* doesn't know much so it will be cold but navigable - I recommend a road trip if you can. Dublin is great but some of the other cities are much nicer (Cork, Galway and smaller ones like Killarney, Dingle, etc).

I've also been to London in the winter and loved it! It's really picturesque.

Def agree w/ Julia - Reykjavik! I just returned & the weather was fine - mostly in the 30s (f) & the sun rises at 9:00am/sets at 5:00pm, endless sunrise/sunset pic opportunities. The South Coast is endlessly gorgeous & not too far from Reykjavik.