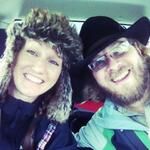 Top ten must see places in Germany, France and UK

We are planning a 18 day family trip to Europe next fall in October, high level plans include visiting family in Baden-Baden, Germany for several days then concluding our trip stopping through Paris and London by train. What are the top must see "off the beaten path" places in the above 3 regions?

Here you go - short and sweet!

The UK (besides the obvious London)

answered by
Megan from Los Angeles

Tami!
That is awesome that you are taking your family on such a long a great adventure through Europe. I have spent the last three months living in Eastern Germany so hopefully I can be of some help.

Germany:  Hamburg is a beautiful city in Northern Germany. I spent a week there and really loved it. Lots to do in the city and the transportation system is amazing and very easy to use. Free cruises on the North Sea with certain family metro passes. I would definitely look in to that. They have the Lion King there in German I believe. Overall it is a beautiful city. Stay away from the Reeperbahn area with the kids though unless you want to see a lot of sex shops.

Dresden There is lots of history here in Dresden as most of it was destroyed by American and British bombing during the second World War. The city is so beautiful and the architecture is amazing. Lots of shopping to be done here and amazing markets in October. Also famous for the largest Christmas market in Germany. Eat at the Hot Chocolate bar called  Schokoladenbar. I had the Hot Chocolate with Creme and Cherries. Out of this world amazing!

France:  Paris I spent 5 days in Paris as the beginning of November for a photography show. The Louvre is a must! But definitely leave a large amount of time and wear comfortable shoes. We went at night and I was tired from walking all day so I was ready to leave after an hour. The Monalisa is not all that it is cracked up to be. Way smaller than you would think. Do all the touristy things just for the heck of it. We had the most AMAZING Crepes at  Breizh Café This place is a must. I had the Salted Caramel with Pear and was dying to go back for another. If you are in need of American food and a good milkshake called The Obama check out  Breakfast in America. Remember that everything in Paris is severely over priced. The metro system is nice but often runs behind schedule. It took a day or so to figure out the metro system here. But after that is was easy to use. Not a lot of people here speak English so keep that in mind.

London: I only spent one day here when I had a 24 hour layover flying to Germany. But, I got a London Pass and did as much as I possibly could in that time. The London Pass was awesome if you don't have a lot of time in London. I experienced so much in just one day. I went to  Buckingham Palace,  London Bridge,  Tower Of London,  Westminster Abbey,  Thames River Boats,  Big Ben,  Mephisto Picadilly Circus and a few other places all without having to pay a dime outside of my London Pass. Many of the places you get to skip the queues. I enjoyed every place I went. With the London Pass you get free access to river boats and the red buses which are hop on hop off. I traveled her by myself and loved it so much. London is a beautiful very clean city.  Since I was only here for one day I don't know any off the beaten path places. I simply did all the touristy activities.

Hopefully this helps you some what. If you have any other questions or need any more suggestions please let me know.

answered by
Kirsty from London

Personally I would recommend checking out the  Opéra de Paris Garnier if any of you are a fan of musical this is the opera house that Phantom of the Opera was based on. If you aren't into musicals it is a beautiful place to get see (inside and out!), it is really ornately decorated and perfectly parisian! My friend and I took a guided tour, not too expensive - but worth every penny, well euro!, It was in English of course and the tour guide was really funny.

If you want to see a bit of home whilst there I would check out the  Musée d'Orsay to see the smaller bronze version of the Statue of Liberty! As well as many fascinating works of arts! Also if you want some art I would suggest checking out the  Musee de l'Orangerie it houses the beautiful Monet Water Lilies paintings. They sit in a massive white oval room, the only colours are from the paintings that are basically the whole wall. It is really lovely to sit a look at these for a while. You can buy a "passport" ticket at either of these museums that allow entry for both of them, on the same day. Its a good way to save some money and they are only a short walk from each other!

Paris is a incredibly beautiful city, I would suggest buying a metro ticket so you can hop on and off of the metro at random stops, you are guaranteed to come across some thing great! It is really easy to figure out not like the London underground. Just print off a map with all the metro stops on so you can keep looking at it during the day. I would also recommend walking along the river, make sure you walk across the Pont de l'Archevêché, it's THE bridge with all the padlocks on (Its been in loads of films and it was in the last episode of Sex and the City!) Maybe add to it or just read some of them!   you can get to all these museums from there as well as  The Louvre and  Notre Dame Cathedral. A tip for that is that there is a queue outside the front of the building, this is for general entrance to the ground floor of the cathedral but if you want to go to the top (GO TO THE TOP) instead of waiting in that line go to left side of the building and there will be a line there. That is the one you want to be in to go up the top!

There really is so much to do in Paris that I could spend all day writing about it, but lastly I would say if you want to see some real parisian culture go to a traditional cabaret show! We went to the  La Nouvelle Eve (25 Rue Pierre Fontaine, 75009 Paris, France). It was quite an experience!

I hope this was somewhat helpful! I'm dreaming of going back to Paris! Have a lovely time!

TJ
During my trip to Paris, my wife and I used the train only to get to and from Versailles and out of the country to Italy. If you can walk a few miles per day, I suggest walking from place to place b/c it is just too beautiful.

Paris off the beaten path:

Les Puces de Saint-Ouen - The official name of Paris' most famous flea market, which is one of the largest (and best) in the world. Go on the weekend, and go early.

Muséum national d'histoire naturelle - The Parisian natural history museum has several sites around the city, but the one you want is the Galerie de paléontologie et d’anatomie comparée (Gallery of Palaeontology and Comparative Anatomy). It's like stepping into a Victorian cabinet of curiosities, only the cabinet is a gigantic 19th century mansion.

Deyrolle - A high-end taxidermy shop that's been in operation since the 1800s.

Courtney
We must have been separated at birth because these are three of my favorite places in Paris. ;) Great answer!

answered first by
Bo from Philadelphia

Please see if any or all of Berlin, London or Munich fit in your list. Additionally you can consider Scotland, southern France, Salzburg (Austria) as well.

IN London - you can climb the The O2 Arena dome to a observation platform with a stellar view of the city and beyond - the climb done is even more fun.  This can be done during the day, at sunset or in the evening.  This is far superior to the London Eye that most tourists do.

TJ
I would recommend skipping the London Eye also.

I love these castle ruins in Baden-Baden, they're my favorite ones in all of Germany.  You can either hike or walk up.

In Paris be sure to visit the Musée Nissim de Camondo and the  Parc Monceau, the tapestries at  Galerie des Gobelins and  Musee Rodin and the surrounding area.

answered by
Joel from Lincoln (England)

While you're in London check out Lincoln (England), about 2 hours by train. It's similar to other historic cities but has a real modern twist to it and isn't often an excursion taken by visitors in London; something different to call home about!  Check out Lincoln Cathedral, Lincoln Castle and Newport Arch for Roman ruins along with the old tea rooms and boutique shops.

Lincoln is nearby other cities such as Nottingham (Robin Hood), Leicester (National Space Centre) and Sheffield (culture) which are a bit bigger and offer something else in the area, especially if you want to experience some real traditional football matches!

It sounds like you've got a lot of great recommendations already! For Germany, I highly recommend taking an off-the-beaten path day trip to Garmisch-Partenkirchen. It's a small village of gingerbread-esque looking houses with a beautiful backdrop of the Swiss Alps. I went during the summer, but I've heard that ski season is their busiest time of year. It's a very quiet, peaceful getaway from all the wonderful madness that takes place in Munich. I believe that scenes of the movie 'Heidi' were filmed here, to give you a picture of the scenery. Nearby (about a 30 minute bus ride) is Neuschwanstein Castle, which is what Walt Disney modeled his famous Disney Castle on. The architecture is from a dream- it's not uncommon to see onlookers literally gawking with their mouths dropped. I hope you enjoy your trip, it sounds like it'll be fun!

answered by
anthony from Frisco

Off the beaten path in the UK is the Wesley's Chapel in London. We got a personal tour of his home and there is a great museum as well.

While in Germany, you might want to visit Berchtesgaden and Königssee. Both these places are drivable from Munich and I recommend driving instead of public transport.

I am sure you must be having Neuschwanstein Castle in your list already.