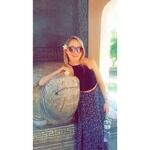 I'm going to to be travelling solo throughout Europe for 4 months. I have read a lot about the Balkans and Eastern Europe and everything I have read sounds amazing. I'd love to go to a number of different countries but I was wondering how safe it is for a 24 year old female on her own? Any tips?

I'm not sure exactly what you mean by 'Eastern Europe' because many people seem (wrongly) to include e.g. Poland, Czech Republic, Slovakia and Hungary in that term.

Travelling in the non-EU Balkans (Slovenia and Croatia are Balkan countries which are in the EU) and in the EU 'eastern European' countries is imo no less safe for a solo female than travelling in e.g. Australia, the United States, the United Kingdom or anywhere else in Europe.

If you travel outside the main cities you may well encounter people who have no, or very little, English (but that applies almost everywhere in Europe). Younger people everywhere tend to know more English: it is taught in schools in most European countries.

You will, of course, already know that laws, customs and behaviours can and do vary from country to country....and that e.g. Bulgaria uses the Cyrillic alphabet.

Otherwise, just use exactly the same type of commonsense you'd use anywhere else:

Keep cash, cards and valuables safely underneath your clothing (the main 'risks' by far are of pickpocketing and petty theft). It's always best to take with you only what you need for the day and leave the rest in the hotel safe;

Wear your bag with the strap across your body;

Stay alert in crowds and when using ATMs;