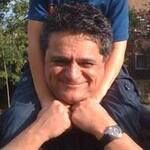 Where to stay and what to do in Dublin?

Hi - I am going to Dublin, Ireland next week for just 2 full days.  Any recommendations on where to stay, and what to do?

answered first by
Leslie from Belfast

I would stay close to the city centre, Blooms Hotel is right in the middle of everything (restaurants, shops, pubs). Visit Christ Church Cathedral, it's beautiful. I also loved doing a tour of the The Old Jameson Distillery.

The only problem with spending only two days in Dublin is you'll be angry with yourself for not staying longer.  I speak from personal experience!

There are plenty of places to stay in Dublin.  However, when I go to Dublin I usually get myself a room in Dún Laoghaire.  It's about 20 minutes south of Dublin, accessible by the light rail system.  The pace is a little slower, and it's a little quieter.  I value those things when it comes to where I stay.

The City Tour bus is a must.  This is the Hop-on, hop-off bus mentioned in Laurie Parres' answer.  It's a great way to orient yourself to the city, and goes by just about everything you'll probably wish to see.

The antiquities at the National Museum of Ireland - Archaeology are very impressive.  So is the Book of Kells exhibit at Trinity College.

St Patrick's Cathedral dates back to the 12th century, and is quite spectacular.  Dublin Castle is quite impressive.  Dating back to the early 1700s, it took a turn as the seat of the EU government about 10 years ago.

For a more modern bit of history, consider visiting the An Post, General Post Office.  This is the spot where the ill fated Easter Rebellion of 1916 began.

A low cost option is to take a stroll along the River Liffey. There is a pedestrian boardwalk between O'Connell and Capel streets.  I know you're been getting mixed opinions about this, but I do recommend a stroll down the Temple Bar.  You'll know soon enough if it's your cup of tea.

As for food, just let me say this; If you go hungry in Dublin it's because you tried to.  Among my favorite places are, the Crown Saloon  on Great Victoria St (Guinness Pie, Oysters, and good Irish Stew), John Kavanagh (Grave Diggers) for some great Coddle, CrackBIRD on Dane Street serves up fried chicken the locals go nuts over.

Dublin's seafood is vastly underrated.  On the high end are King Sitric (on E Pier Binn Eadair) or Matt The Thresher (Pembroke Street) who sources all his seafood from local waters.  Chip shops specialize in fried fish. Among the best chippers are Leo Burdock's on Werburgh Street, Roma 2 on Wexford (open until 5:00am) and Bestoff (with locations on Westmoreland and Upper O'Connell) which has a one of biggest selections of fish I've ever seen.

Whatever you decide to do, get out there and meet the locals.  The truth is, Ireland's biggest attraction is, in fact, the Irish people.

Stay somewhere central like Mespil Hotel  Buswells Hotel or Trinity City Hotel all are reasonably priced and within walking distance of the places you'll want to see. Otherwise choose an Airbnb near Christchurch Pl or on the DART line.

Old Viking Dublin is worth checking out, walk around Dublin Castle and Christ Church Cathedral I really like the Irish Museum of Modern Art and the museum at Collins Barracks A lot of people like to go to Guinness Storehouse for great views and a good pint of Guinness. Walk through Trinity College and visit the Library. I always recommend a trip on the DART coastal train from Pearse St. to Dalkey Howth and/or Greystones 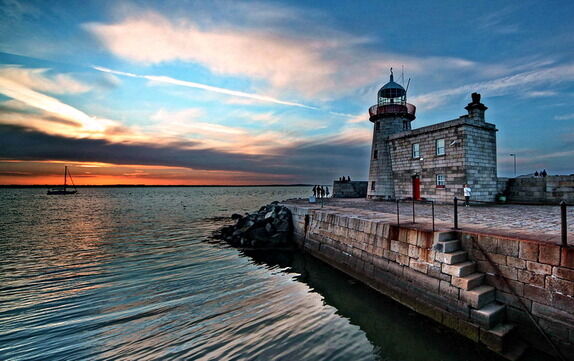 While away an hour or two in a good pub and talk to some Dubliners. I like The Palace Bar Grogan's Mulligan's or try O'Donoghue's Pub for music. 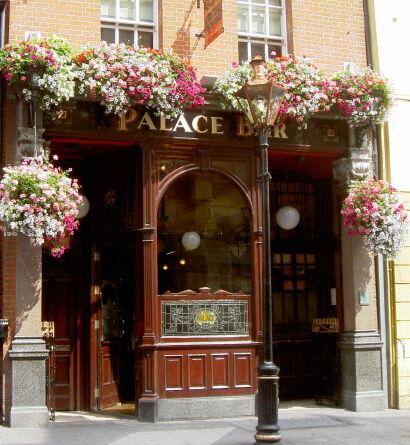 Some good places to eat in Dublin:    The Vintage Kitchen Pichet The Pig's Ear Coppinger Row or if you want to really push the budget try Restaurant Patrick Guilbaud or Pearl Brasserie Restaurant Dublin If you like Indian food Rasam Restaurant in Glasthule (close to Sandycove DART stop) is probably the best in Dublin, and you can walk from there to see the James Joyce Martello tower in Sandycove (5 mins walk) and visit Finnegan's of Dalkey where you might catch Bono having a quiet pint in the corner!

Have a great trip.

I've been visiting Dublin for the past thirty years and just tried the hop on/hop off bus. Fantastic! I finally got out to Kilmainham Gaol and Glasnevin Cemetery (both must-sees.)

answered by
Celia from Osaka

Ranelagh or Rathmines Road Lower are great areas to stay in - walking distance to the city and just lovely areas. Temple Bar is right in the city - great location but a little more touristy - it's basically the tourist quarters of Dublin.
The Temple Bar food markets on every Saturday are awesome - lots of delicious food.
If you drink beer or whiskey, the Guiness factory and the Jameson factory are big attractions and both quite cool to visit - you get a couple of drinks included with your ticket.
Dublin Castle is worth a look – it’s right in the city on Dame street (Dublin 2) and only costs a few euro for a 1-hour tour – it’s pretty interesting if you’re even just a little into history.
Georges street (Dublin 2) has some really nice bars and restaurants on it.
www.118.ie is a really handy site for searching any businesses.

Visit The Little Museum of Dublin was fun which also has a small yet resourceful U2 exhibit. We liked the National Museum of Ireland - Archaeology(near Guiness) or try the HopOn-HopOff bus tours for a great way to get your bearings and things to visit. Book Of Kells exhibit is OK but overpriced - just look it up online.

answered by
Nicolò from Milan

Hi, in Dublin I suggest you to find some places on Airbnb or Generator hostel that is in the city center and offer convenient prices.

You have a lot of thing to do but in two days i will do this: Guinness Storehouse, Christ Church Cathedral, Howth small city far 25 minutes from Dublin and Trinity College.

answered by
Lola from Ireland

I enjoyed my visit during the summer to Dublin for a long weekend. Here are some suggestions of what to do. I walked everywhere which is not hard. I would advise staying in the Temple Bar area or across the river near O'Connell street.

Iveagh Gardens are beautiful. You will enjoy strolling along. Plan a picnic or take a book to read :) http://iveaghgardens.ie/

The Little Museum of Dublinlets you learn about the history of Ireland. It's 7 Euros to get in and it's open every day. http://www.littlemuseum.ie/

Powerscourt Townhouse Centre is a gorgeous Georgian townhouse turned into a mall. Check out the neat shops and have a cup of coffee or a treat in the Pygmalion Cafe. They had a fashion exhibit during my visit there. http://www.powerscourtcentre.com/

An easy walk from there is Dublin Castle a historic site and gorgeous structure. Explore the grounds or check out one of the museums. http://www.dublincastle.ie/

Walk across the River Liffey on the Grattan Bridge. It's is neat and has some cool seahorse fixtures on it.

Check out the Ha'Penny Flea Market for some cool gifts and indie designer wear. I enjoyed visiting this event and looking at what local talent is doing. http://www.thegrandsocial.ie/market/

A visit to the Irish Whiskey Museum should be done and have a taste or two! Learn all you can about this traditional Irish elixir :) http://www.irishwhiskeymuseum.ie/

answered by
Salvatore from Agrigento

Avoid Temple Bar...then it really depends what you like to see...if you get one day with good weather don't miss the Guinness Storehouse.