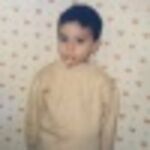 Is Dublin a nice place to live for a foreign student?

I have to spend 6 month in a foreign country for my studies and I've thought about Dublin. Any tips about what to do, where to party, what to see..?

top answer by
Darren from Dublin

I've lived in Dublin for some years now and I can honestly say that it's almost impossible not to like it. There are no major hills so walking is easy.

Dublin is very easy to see, walking to most points of interest from the city centre is possible with little effort and is the best way to travel through the city. After all Dublin is home to possibly the most famous walk in literature.

But the best part of living in Dublin is the proximity to the mountains and the coast. Using the DART or bus it is possible to make it along some of the most underrated coastline in Ireland - both north and south of Dublin.

Outside of the city, plenty of cultural sights like Glendaloughand Newgrangeare easily accessible by day trip or, if you like hillwalking, the Wicklow Mountainsand Dublin Mountains are a short journey away.

Culturally, Dublin has plenty of interest, the  National Museum Of Ireland has a great collection of Irish artefacts with a particularly fine gold exhibit, the  Dublin Writers Museum is a good place to get a taste of the literary heritage of this UNESCO city of Literature. The  National Gallery of Ireland has plenty of Irish painters in its collection along with a recently discovered Caravaggio.

As far as pubs are concerned, it's up to you to work out which ones you like but advice can be given on some of the best. Personally I like the traditional places such as  Neary's,  Kehoe's and  Toners Pub.

If you're here during the better months, then Dublin's parks are a great place to while away the hours -  Merrion Square Park and  Phoenix Park amongst the best.

I hope that you choose Dublin as I don't think that you will be disappointed.

As always, research well where you plan to live - think of transport options into the city and the safety of the general area.

Jennifer
Darren, this is probably a stupid question, but what is the piece of literature that you speak of? I tried googling it and couldn't find it....

Darren
Hi Jennifer, I should have made mention of it. Ulysses by James Joyce is the one, not to everyone's tastes though. I can't link cause I'm on mobile at the moment but here's an interesting piece on it: http://www.economist.com/blogs/prospero/2012/06/james-joyces-ulysses

answered by
Louise from Dublin

I'm a galway native myself,  went to college in dublin and haven't left since so I would definitely recommend it. :)
It has a large student population (& a high international student ratio), its small enough to get around really easily  but large enough so that theres always something happening! And while Ireland gets a name for being expensive to live in, for a capital city I think its actually pretty reasonable!

If you do decide to move over my first tip would be research where you live very well, i know some people in the past have ended up in areas that are not so good  and it can put a dampener on your entire Dublin experience

The nightlife is a plenty! lots of student nights during the week competing with each other through drink deals, etc. and even more nice bars and a lot of live music (local, international, clubs, etc. ).

& there is plenty to do outside of nightlife too like culture night & of course our lovely scenes of green  - but suppose it all depends on your personal interests. Personally I'm a fan of gigs (of the indie variety), design related events & trying to get into enjoying the outdoors a bit more so these are all things I can tell you more about if you want to pick my brains. In the meantime www.dublintown.ie has a great directory of what goes on.

Théo
Thanks a lot for all your tips Louise :)

Théo
And I think that I can find a lot to do in this city. I like nightlife, design and nature too so if you love Dublin, I will probably too :)
comments (2)
likes (3) thanks

I would definitely recommend Dublin for an exchange city. It is a relaxed, friendly and cultural gem on a beautiful Island of Ireland. Not going to repeat all the great sights that have been listed above, but recommend a few good but cheap restaurants and bistros that are 'must try' while in Dublin. Firstly you must get over to Green 19 on Lower Camden Street (19) this uber friendly bistro restaurant will become your regular hangout spot as their organic Irish burger is only €10! Fantastic cocktails as well and anything from the menu will tickle your taste buds. Handy enough the bars mentioned before like Toner's and Keoghs are on the same street. I would also ad in Anseo with their Friday night cool groove music you're all set. Another foodie spots would be the mexican restaurant called 777 on George's Street, Spanish tapas heaven The Port House 64 South William Street and Neon 17, Asian fusion again on Lower Camden Street. After superb but nice meals you can head over to the very international bars like The Workmans club on the Quays or Globe on George's street.

Hope this helps! Now pack your bags and go!

Louise
all my same haunts Johanna :)
comments (1)
likes (2) thanks

answered by
Mo from Cork

Dublin is a great city to live in, specially if you were a student, you will get to meet a lot of international people from all over Europe also good amount of Americans and Portugese.

Dublin is great for parties too. Best place to party as a student is during the week as I am sure you will get to sleep the next day in class ;) (I did) :D Haha

Go to Dicey Reilly's on Tuesday night,  they make special offers and its been announced as the brazilian night. I cant explain that to you here, but you need to go there ;)

Good luck buddy, need any more help shout out and I will be happy to do so.

answered by
Tony from Cork

Dublin is a capital city and a university city and has all the advantages of both. It is also the best place to learn English.  You have the Book of Kells in Trinity College, known the world over, many museums, the unusual St Michan's Church, guinness of course and The Old Jameson Distillery.  There are lots of pubs and plenty of night life for all ages. Enjoy your stay there.

Théo
Thanks, I hope I will can go there !

answered first by
Austen from Washington

Dublin is great. I studied abroad there for a semester, and it was the best part of college for me. So many pubs and so many crazy and friendly Irish people in them.

Théo
Thanks Austen!
comments (1)
likes (2) thanks

answered by
Gabriella from Netherlands

I have lived in Dublin for more than 5 years now. I agree with most of what has been written in the other answers.

In Dublin there is a vibrant student life and lots of young people from all over the world, but perhaps other Europeans make up the majority of foreigners. It is easy to get around, but public transport stops running relatively early (11 pm-ish), so if you have to prepare to take a taxi home if you live far away. It is also possible to use a bike, there is a public bike service and some bike paths, but weather conditions and traffic may be a bit rough.

Most foreigners I know tend to complain about the weather and the food, but for example this summer was pretty good with 3 months of sunny weather and good food can be found as well. The weather tends to be very versatile, but on nice days you can go to the seaside, there are a few places: Portmarnock Beach, North Bull Island, Howth (very nice cliff walk with a lovely pub at the end), Bray Head (you can also take the DART to Greystones and walk there). There are also a lot of nice parks, like St Anne's Park & Rose Gardens, Merrion Square Park, Iveagh Gardens and Phoenix Park.

If you have time it may be a good idea to rent a car and drive around Ireland for a few days, it has plenty of beautiful places.

I have also studied here, and have to mention that administration was always very quick and efficient with friendly and patient administrators!

answered by
Mark from Budapest

Dublin is a very nice place and very popular with foreign students.   I would agree with most of the other answers.   I'm sure if you choose Dublin you'll enjoy it.

I've lived in Dublin and have lived and travelled extensively throughout Europe.    One thing I'll add is to factor in what you REALLY want from this 6 month stint.    If you prefer a relatively 'easy' place to go and get a 'touch' of foreign experience then Dublin may be perfect.

However, if you really want to have a 'different' and interesting time then you may want to look elsewhere.    I have nothing against Dublin, it's just that after a couple weeks in Dublin you realize that being in Ireland isn't really THAT different culturally than the U.S..   And, although the pubs in Ireland are fantastic, AND there are other types of nightlife, in reality, it is very much a PUB culture.   Again, I'm not being negative but it's something to consider.

There are many other interesting cities that are great destinations for foreign studies, depending on what you're looking for.    Berlin, Barcelona, Paris, even Budapest are worth a look IF you're after for a bit more of a 'different' experience.

All the other answer are perfectly right. I lived there 2 years for work and I am very happy about it.

- one of the most international cities in the world

- very friendly people (you will never feel a foreigner there)

- nice countryside around the city for daily and weekend trips

The only cons which come to my mind:

- it is expensive, and without an irish salary it could be tough, its around twice as expensive as medium size cities in South Europe (But for 6 months nothing unbearable)

- lack of summer. Many people say the weather is bad, but this actually is not true. Every day you will have rain and sunshine, but the temperature is never too cold. The only major problem is that summer doesnt exist. So, after an average weather in autumn, winter and spring, there will be no sunny summer, which could be a problem for people living there.

Again, for 6 months, its really a good location, especially if you are interested in the rich Irish culture and lifestyle.

answered by
Deborah from Park Slope

I think Dublin is a great place to live. The people are friendly. And there is so much to do, not just in Dublin but the countryside as well. I agree with some of the comments above to do some thorough research as to where you want to live because it could make or break your experience.

There a ton of bars in Dublin and MANY places for you to hang out. I don't think that will be the problem at all. And when you need to get away, there are many options available to you there too. You will have a great time exploring this beautiful country!