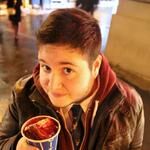 Where are the best places to stay in Denver near all the action!?

Hello! I'm looking for ideas about the best areas to stay in Denver. We'll be there for about 2 days/nights. We aren't opposed to splurging a little on hotels. We are coming from NYC so we like being where the action is with having to do as little driving as possible. I think we would like to stay in an area with a lot of restaurants and cafes. Thank you!

Definitely downtown - LoDo is where many of the bars and high-end restaurants are (near Coors Field), and East of there is also the business district Denver. I personally recommend the Grand Hyatt Denver on 17th. Renaissance Denver Downtown Hotel is also another GREAT one that just opened and not many people know about it yet. Any hotel that puts you near 16th Street is great (which most of the do) because you can hop on the "Mall Ride" for free. 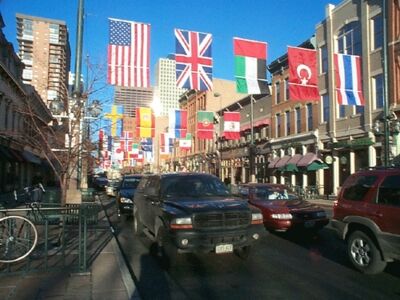 answered by
Jessica from Denver

I live in Denver now, but am a former New Yorker. My recommendation for you would be The Crawford Hotel located in the recently renovated Union Station in downtown Denver. Denver Union Stationitself is amazing; lots of hip restaurants and bars, tons of people mulling around for happy hour, cute shops...like Denver's version of Grand Central (but cleaner and smaller!). What's nice about this location is that it's walkable to a number of downtown areas… Even walkable to some areas of Highland (Colorado), which someone mentioned in an earlier answer. But bear in mind that Denver is a city comprised of little neighborhoods outside of downtown. So there are a number of cool, urban areas that you'll need to take public transportation, Uber, or bike to. I'm thinking about Five Points and Baker neighborhoods, specifically.

answered by
Rod from Sydney

Hi, I visit Denver every year and along with NY, its my favourite city. I travel from Sydney to visit the mountains but always do a 1-2 day stop over in Denver. Longer on occasions.

If you are looking for something amongst all the cafes and bars stay towards the Lodo area. I haven't stayed here but I believe Hotel Monaco Denver and Magnolia Hotel Denver are great. Great location.

I have stayed multiple times at the Sheraton Denver Downtown Hotel at Court Place, great location. Good service great rooms great for short stays. My favourite recently has beed the Homewood Suites Denver Downtown Convention Center. The foyer and entry are not so special but they are 1 bed apartments. Clean modern and great views if you can get up high enough. Ask for a corner suite above the 10th floor. Lots of natural light.

If you're okay with splurging for a couple nights, The Brown Palace Hotel & Spa in Denver is a nice place to stay! The location is good, about a block from the end of the 16th Street Mall (which has lots of dining options and free shuttle buses) and also within walking distance of the Colorado State Capitol, United States Mint, and Molly Brown House Museum.

answered by
Martin from Colorado

A bit late for your trip.  Check out LoHi Central, River North Art District (Known as RINO), and Capitol Hill (Denver).  All of these places are walkable to Downtown or try B-Bicycle system.  Rino is up and coming warehouse area, LoHi is already is upped, and Cap Hill is a bit shadier, but cool area.

You can check out the Westword for events and a brief rundown of Denver neighborhoods at 5280.com, and also thrillist.com.