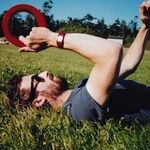 Best place for lunch in Denver

First time in Denver and I get one free afternoon there before I have to go to the airport.  I'd like to make the most of my trip and check out a good restaurant for lunch.  Any suggestions?  Local favorites?

Casey
Thanks for the suggestion!

answered first by
Andrew from Minneapolis

For a fancier lunch, check out Elway's. A steakhouse is more than a steakhouse when 8 oz of foie comes on house made kimchee with a fried egg. Wow.

Liz
Cringing a little at the Elway's suggestion, even for a fancier lunch.

You can't go wrong with any of the suggestions above, but another great place is Historians Ale House.  If the weather is nice enough you can sit on their upper patio and have the best views of the city.

answered by
Liz from Denver

If you are looking for vegetarian fare,  City O' City &  WaterCourse Foods are some of the best.  Both are owned by the same guy, Dan Landes, & the food is fantastic (the buffalo seitan wings are a must).

Pho 95 offers the best pho in Denver.  Stop a random stranger on the street & they will agree.  It's a litte out of the way on Federal Blvd, but it's worth it.

For a little bit of Denver history, head to  My Brother's Bar.  Not only is it the oldest, continually operating bar in the city, Neal Cassady & Jack Kerouac frequented the joint. A letter hangs on the back wall from Neal while in juvenile hall asking his mentor to pay of the bar tab at this very bar. It used to be called Paul's place.

It really depends on where you are in Denver, but there's always somewhere worth going nearby.

Casey
Awesome, Liz! Looks like I'll have plenty of choices and these all sound interesting. Thank you!

answered by
Kim from Portland

If after lunch, you're looking for coffee & desserts, Paris on the Platte is a cozy spot.