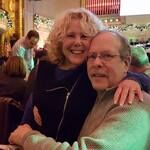 It's difficult to properly advise without knowing where you will be based. Lake Comer See is a very large lake and there are numerous settlements all round its shores.

There are regular ferry and local bus services linking the numerous settlements around the lakeside.

I can't give you links to local bus services without knowing where you are based but you'll find ferry timetables and information in English on the official site:

I suggest that you use the ferries to at least visit the lakeside villages of BellagioVarenna and Menaggio and perhaps also make a ferry trip to the tiny, ancient village of Torno.

Como itself has (several) railway stations from which you can easily take the train to Milan (don't miss exploring the magnificent Duomo roof!). Train times, details and fares in English on the official Italian railway website:

Ticket machines are easy to use and have English language options.

If you are based on the eastern side of the lake there's a railway line which runs up through Lecco and along the lakeside to e.g. Varenna. That line will also take you to lovely Bergamo, an ancient city with two parts (a Medieval upper town and a slightly more 'modern' lower town) which ismost definitely worth at least one full day of exploration. You can get to Bergamo by train from Como but it takes a bit longer and you need to change trains at Milan Centrale station.

Pat
We will have a car. I will look at the location of the hotel. I really appreciate your help.

Mary
If you have a car you may like to go a bit further, perhaps to Lugano over the border in Switzerland, to ancient Pavia or to Brescia, which has a magnificent Roman museum. But do take the train to Milan: it's faster (traffic congestion is common) and there is a congestion charge for driving in the historical centre: http://www.turismo.milano.it/wps/portal/poc?urile=wcm%3Apath%3AIST_EN_ContentLibrary/sa_sitecontent/Home/area_c/area_c Also watch for ZTLs (restricted traffic zones) in the historical centres of almost all the places I've mentioned and most others. Most ZTLs are monitored by CCTV cameras and fines are automatic, taken directly from your card if you hired the car.

Pat
WE ARE staying in Laglio. :)

Mary
Laglio is on the 'arm' of the lake which terminates in Como so anywhere south or west is easy enough, as is Lugano. Going west will be a longer drive but Bergamo is pretty straightforward. It really is best to take the train to Milan from Como though. :-)