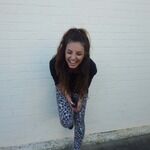 Where is the best barbeque in Dallas?

My husband love bbq, so I want to have a few good bbq places lined up for our upcoming trip there.  We'll be staying at Hotel ZaZa (I think this is considered Downtown near the Arts District), but we'll be renting a car, so we'll be able to go anywhere.

What would you say that the top three Dallas bbq places are?  Bonus points if these bbq places are close to any cool attractions!

answered by
Scott from Fort Worth

Pecan Lodge [inside the Dallas Farmers Market] is the #2 BBQ place in the entire state, according to Texas Monthly (www.tmbbq.com). Get there for an early lunch, or they'll be out of that beautiful brisket. Enjoy!

Jillian
Thanks, Scott! I've updated it!

answered by
MaryAnn from Albuquerque

Head south. Like SOUTH. Anywhere that begins to look dicey or make you question if you made a 'wrong turn', then start looking for BBQ signs. Painted on trucks, building sides, trailer sides. Sides. Then you're golden. If they have table cloths - run. If 'utensils' are metal in form - run. Fort Worth has solid BBQ. East Texas ( Nacogdoches, Tyler, Lufkin, Garrison, Pal, and so forth) has good BBQ. In Dallas, it's a bit dressed up, saucy and all. Solid smoked brisket does not require sauce. Go South. Find a guy in a lot selling it out of a trailer - you will be concerned, it will be worth it. I will get 'scolded' for this but it's truth.

Tandy
Wow. Thank you for all the tips MaryAnn! What kind of utensils should they have if not metal? This is all fascinating to me!

MaryAnn
Plastic :) Anywhere Harry Hines or Bishop Arts area should be good. If the parking lot is full of high end SUVs, sedans and such - keep driving. Look for trucks. If the 'men folks' are eating there its good!

answered by
Cara from San Francisco

In Dallas proper, Mike Anderson's BBQ House is my fave, and not far from Hotel Zaza Dallas. It's only open for lunch and gets packed, so arrive on the early side of the hour. But as noted from others, the best stuff is a little father afield if you don't mind a couple hours' drive.

answered by
Steve from Dallas

Off The Bone Barbeque- If you don't look carefully, it's easy to miss it and drive right pass it. But, once you see it, you'll never want to leave.

Sonny Bryan's Smokehouse- The original Sonny Bryan's has been THE PLACE to get serious BBQ for years. Get your chicken, sausage, brisket, and ribs done right. 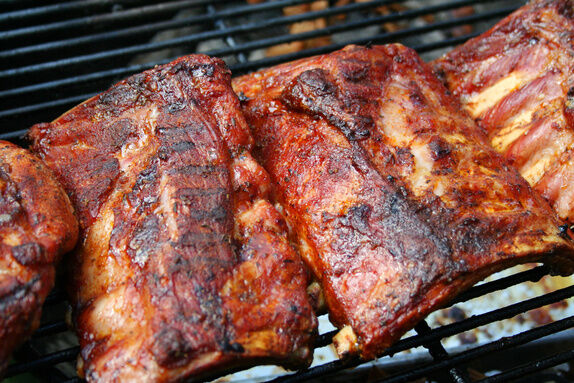 Baby Back Shak- Clarence Cohen's no-frills Memphis-style joint delivers mouthwatering meat and HUGE stuffed baked potatoes. You should try the baby backs, if you haven’t figured that out by now.

Odom's Bar-B-Que- Pay no attention to the bars on the windows or the “No Guns” sign on the front door. Once inside you’ll find the friendliest people and some of the best 'cue in town. Don’t miss the ribs. I always get a mixed to-go order of Ribs and Beef drenched in the tangy BBQ sauce when I'm in Big D.

Outside of Lockhart, Texas these places should whet your BBQ craving while in Big D!!

answered by
Brandie from Afghanistan

Hotel Zaza Dallas is in Uptown which is just north of Downtown Dallas. Very nice hotel. As far as the best barbque in Dallas goes, that would spark a great debate. I personally have a couple of favorite spots, depending on the mood and style. For the most part I do my own barbque and the best barbque usually is not from a restaurant. However, when I'm not in the mood we go to Bone Daddy's House of Smoke. It's not the best but it has it's on uniqueness, especially with the violated chicken that makes it worth the visit. Also consider Pecan Lodge and Lockhart Smokehouse. But whatever you do, don't waste your time or money on Sonny's or Red Hot and Blue. Colter's Barbecue would be better than those last two places. Dallas is full of "hole in the wall" spots with great barbque and food, but I wouldn't recommend your first visit be anywhere off the beaten track. Take care and enjoy Dallas!

Tandy
Wow. Thank you so much Brandie! I appreciate all the advice!

answered by
Mac from Fort Worth

2. Sonny Bryan's Smokehouse (next to hotel)

Tandy
Awesome! Great to get insider tip for a local. Thank you Mac!

top answer by
Gary from Scottsdale

It's been some time since I've been to Dallas, but I can give you some guidelines that seem to hold true no matter where you go in Texas for BBQ.

1)  The best barbeque comes from places that otherwise you would never pick to eat in, shacks, weathered little restaurants on the outskirts of town, places in cheap strip malls, places closer to the "wrong side of the tracks."  And, of course, in small towns. You can have bad ones, too, so look for a lot of cars in the parking lot.

2)  Small places with red-checked plastic tablecloths and paper napkins, or even rolls of paper.  Places that may not even have a menu, or one that is just written in chalk. Places that don't have a hostess and someone just tells you to sit where you want.

4)  A place where your mouth starts watering at the smell of cooking meat the minute you walk in the door, or even earlier.

5)  If there is music, it better be country-and-western.  If they sell beer, they better have Shiner (the only remaining brewery still in Texas -- it is great beer.)

6)  A place where you can see the cooker (called the BBQ pit, but it looks like a cooker, not a pit).  Better yet, where you can order at the counter by the cooker and they just take your meat out right there.

7)  A place that does 'family style' with big platters of meat (brisket, sausage, and ribs -- the holy Texas Trinity) is really nice.

8)  If they serve their BBQ with sauce already on the meat, watch out.  Real Texas BBQ does not require sauce of any kind -- it just covers up the taste of the smoked meat.  Just ask for some on the side if you want.

9)  Nothing fancy is served.  You've got 3 - 5 types of smoked meat (battles have been fought in Texas over the right type of wood!), potato salad and slaw, beans and maybe a couple of other sides, maybe desert like banana pudding or cherry pie in some good places, but don't expect it.  Beer.  The highest end thing you should see in a real Texas BBQ joint is a small salad bar.

10)  Here's a description of one of the greatest Texas BBQ restaurants, in the little town of Lockhart, where the major businesses all face the big old courthouse and Kreuz Market Kreuz's moved and a sister took the old location and renamed it Smitty's Marketbrisket, sausage, turkey, ribs (I think) that had been cooking for maybe 16 hours or more.  The counter guy, almost certainly a family member, pulls them out from one part of the cooker, slices them up, rips off a piece of white butcher paper and wraps your meat up.  He says, "there's white bread, onions and pickles there" nodding to some big jars and an open loaf of Wonder Bread.  You pay, get your fixins, and go back to the board along the wall and eat your meal, standing up. The smell alone makes your mouth water.  Use the knife if you need to, but the meat just falls apart.   No forks, and definitely no sauce to this day.  Now that is a real Texas BBQ experience.  (https://kreuzmarket.com/, http://www.smittysmarket.com/.)

Sorry, Lockhart is several hours from Dallas, but most Texas BBQ puts others to shame, so you'll find places in Dallas or Ft. Worth, which is much more like old Texas than Dallas.  Take a look at these articles on BBQ in the venerable Texas Monthly magazine for some trustworthy recommendations: http://www.texasmonthly.com/topics/barbecue.

I don't know if it qualifies as "the best" in Dallas, but I love the barbeque at  Peggy Sue BBQ.  Their sauces are out of this world and their brisket sandwiches (both chopped and sliced) are incredible as well.  A lot of hard core Texas bbq people say that you shouldn't have sauce if the smoking is done correctly, but I personally think the sauce is very important. Peggy Sue is right by the SMU campus, which is very beautiful and a nice place to stroll pre or post BBQ.

My mouth is watering thinking about Peggy Sue's spicy barbecue sauce on a chopped brisket sandwich.

Other great options are  Off The Bone Barbeque and  Meshack's Bar-be-que Shack.  Meshack's is literally a shack.  Off The Bone is "nicer", but still divey.  Peggy Sue's would be "very nice" compared to the other two.

Tandy
As long as it's good! Thank you so much Brew!

answered by
Aaron from Texas