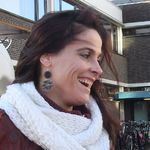 What are the most popular neighborhoods to stay in Dallas?

Hi! I will be visiting Dallas for the first time and from what I can tell there are a lot of different neighborhoods. Can any locals give me a rundown of each neighborhood and the best hotels to stay in each? What are your favorites and why?

top answer by
Omar from Richardson

You're correct - there are many.  Let me try and take a stab at the highlights, starting in the middle and moving out:

The DallasArts District:  LOTS of museums, great walkable parks, this is the heart of downtown.  Bracketed by West End on one side and Deep Ellum on the other. 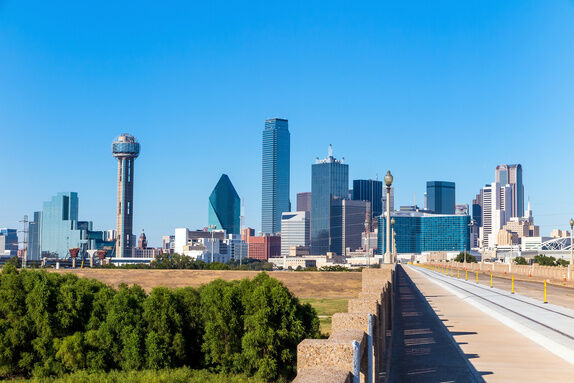 West End is a historical district that can be a little touristy; but is fun to visit - here you'll find plenty of bars and restaurants, in addition to Dealey Plaza, The Sixth Floor Museum at Dealey Plaza (and all the other Kennedy related spots).  This is also where you'll find Victory Park and the American Airlines Center.

Deep Ellum is a resurging cultural area heavy in music venues, gastro pubs, BBQ joints (seriously, there is one BBQ joint really worth visiting in Dallas, which is Pecan Lodge - it's in Deep Ellum now).  You'll find the DFW Metroplex's second largest music venue there (The Bomb Factory), several brewpubs, tons of art, local cafes like BuzzBrews Deep Ellum and night life that's active (Deep Ellum went through a bit of a dry spell in the 90's, so there is still some seediness to be found there; but it's extremely safe and fun).  Sons of Hermann Hall is an old Elks Lodge type bar/community center where you'll find blues dancing on Wednesdays.

Further West of the West End will get you into The Bishop Arts District, an even more up and coming area.  More gastro pubs, more art galleries, tons of boutiques, and lots of live music.  Check out The Wild Detectives for coffee, snacks, books and live music; Eno's Pizza Tavern for fresh pies and local beer; Oddfellows for more drinks and food; and Boulevardier for one of the metroplexes premier French restaurants.  Definitely check out this area, it's ALWAYS hopping.   It's an obviously gentrifying area; so much more of a hipster vibe, without being homogenous - it's weird to say, in this day and age; but this is one of Dallas' more racially integrated areas (Dallas remains a city with marked signs of racial segregation).

Further to the north of The Dallas Arts District , you'll find Uptown Dallas.  This is a more upmarket spot.  Here you'll find lots of successful young to middle aged professionals and the sorts of "heart of the city" boutiques and restaurants you expect with a heavy concentration of well of "Dual income No Kids", types.  Flashy but fun, you'll find lots of  restaurants that are heavy on Sunday Brunch and cocktaile dinner types of places, like Toulouse Café & Bar, Ocean Prime,   The Capital Grille, and Howard Wang's Uptown China Brasserie.  You'll also find the northern trailhead of Katy Trail - Thomsen Overlook.

To the East, Uptown tends to blend into  what's called "The Knox / Henderson Area", which is just accross the street.  This area is a melding between Uptown to the West, Deep Ellum to the South and The M Streets.  So, you get way more boutique shopping and small music venues than Uptown; but more upmarket eats than Deep Ellum and more residential interspersed throughout.

Even further east gets you into the more old, established but fun neighborhoods of Lakewood.  Here you'll find historical theaters, Bath House Cultural Center, White Rock Lake, and more great food/beer at Goodfriend Beer Garden and Burger House . This is a more sedate area, but with the real gems hidden away.

North and West of Knox / Henderson is "The M Streets", which Trippys is calling " Greenland Hills".  This is almost all residential; but for Greenville Ave, which is a very Deep Ellum like concentration of restaurants bars and other night life.  Here is where Dallas' St Patties Day parade is hosted.  It's an interesting area because the residents of The M Streets like to keep it fairly toned down; but with Deep Ellum to the South and Southern Methodist University to the north, it becomes quite a racous party area.

To the West and slightly south of Uptown, you'll find Oak Lawn - this is where Dallas' elite tend to live (think the Jerry Jones types) but it also has a large and vibrant gay community; so this area tends to be where you can find a lot of what I think of as "rich hippie" type of shops.  You'll find
North of ALL of this are the Park Cities.  These are the oldest, wealthiest suburbs of Dallas.  Drive carefully here, the police are NOT messing when it comes to speeding and such; but are several casual but nice type retail strips in this area: for example, Scardello is a cheese and wine shop that you is well worth stepping into if you're int he area.

Further West and you'll find Design District.  This started off as an area intended to attract architectural firms, so there's a lot of interesting buildings; but the gentrificatin of Dallas has crept heavily in beind:  here you'll find the Sammons Center For the Arts (Saturday night Swing Dancing, artwork, lots of fun here) and The Meddlesome Moth  (a place any fan of good food and amazing beer must stop), among other places.

If I'm feeling a little more upscale, I'll head into Oak Lawn.   Come Sunday Brunch, it's more Knox/Henderson for me.

Valerie
Hey Omar, awesome answer and thanks for the heads up about the Pecan Lodge being mapped wrong. I went ahead and fixed that :)

The word "neighborhoods" in Dallas frequently refers to our enormous suburbs. Some - like Plano and Arlington (Texas) - have populations that are twice as big as the largest cities in Ohio (except for Cleveland). If, however, you plan on staying in Dallas proper, you'll find all of the wonderful places that Omar mentions below (and more).

If you decided to stay at Hotel Zaza Dallas or Rosewood Crescent Hotel, you'll be in the midst of dozens of Uptown restaurants, bars, boutique stores and shops. The Arts District (where you'll find the Art, Nasher Sculpture Center and The Crow Collection of Asian Art) is just a few minutes away by cab. Some downtown events in June include Taste of Dallas (South Dallas/Fair Park, just past downtown as well as a downtown arts celebration with free entertainment (around June 20, I believe). You'll also be a short hop from the ever-entertaining Dallas Farmers Market.

If you'd like to stay in a super-cool revamped place that's just about 4 miles (5-10 cab minutes) from all the attractions listed here and by Omar, the Courtyard Dallas Central Expressway is inexpensive and delightful (I live just a few blocks away from it). This little hotel is close to NorthPark Center- the most remarkable, fun shopping mall in the U.S. and home to the 2nd Neiman-Marcus store.

answered by
Laraine from Dallas

Hi, in Dallas, there is an area called Lower Greenville. It is off of 75 freeway and off mockingbird. There is a long strip of restaurants and bars, it is near uptown dallas. Check out Truck Yard, HG Sply Co. and Teppo Yakitori and Sushi Bar. Search for any of those spots and you will find the address/street location. Deep Ellum and Bishop Arts District  areas are good to visit as well! Enjoy!

answered by
Linda from Dallas

Dallas doesn't have a great public transit system, so unless you have a car, I would suggest you stay somewhere close to the DART line. There are several great hotels in the downtown area that is close to Klyde Warren Park, Arts District and a lot of restaurants and bars. Further north, there are several hotels near Southern Methodist University/ NorthPark Center area, great shopping! it is really difficult to recommend one area to you because everything is spread out in Dallas. But it is a vibrant city, I think you will enjoy it!