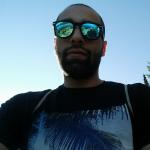 Hey guys!
Im about to go on a 45days caravan trip with 2 more friends in west Germany starting at Berlin heading south to Prague and Vienna.
I would love if you can share with me any recommendations, suggestions and tips (caravan parking, site seeing, national parks, special routes, attractions and nearby towns that are a must see).
Thank you all :)

I'm generally not a fan of caravan ("motor home" or "RV" in North America) travel because caravans guzzle fuel, take up too much road space, use lots of chemicals in their septic tanks that have to eventually be dumped somewhere, and aren't the most environmentally friendly means of transport.  They're also expensive - it costs as much to fill up the fuel tank as one night in a medium-priced hotel.

You won't find any caravan parks in large European cities - it's hard enough to find parking for a small car.  So you'll have to park outside the city and take other transport into town.

Outside Berlin, Dresden makes a great stop.  The centre has been restored to its former glory after the Allies bombed the crap out of it during WW2.  Gorlitz is a quaint, cute small town with preserved mediaeval architecture still intact.

I find Prague to be rather touristy and not as authentic as it could be, especially in the centre, but it's still a fun city with good food and night life and worth a few days.

Vienna is another city worth several days.  Schönbrunn, Kunsthistorisches Museum, Haus der Musik, and Hofburg Palace are the highlights.

Bratislava, just across the river from Vienna, makes a cool day trip, and in many ways it has better night life and club/bar scene than Vienna.

Germany is a very safe country, and racist/anti-Semitic behaviour is not tolerated by 99% of the population, but be careful, especially in Berlin.  Many neighbourhoods are predominantly Muslim, with fundamentalism being a serious problem, and aren't too friendly to Jews and Israelis.

Alon
Thanks for all the suggestions and tips! I'll definitly take them under consideration! I want The trip to be mainly around national parks and nature parks, so the option of not parking in the cities is not a deal breaker. My biggest concern is not finding any caravan parking and trailer parks in those areas. Do you happen to know any recommendable parks with parking?

Kar
I disagree with this answer in that traveling in Europe via Campervan or RV is very common and many cities accommodate them. Also, Berlin shouldn't cause you any worry. In Vienna, at least, there 2 campsites in the city (probably more), one being at the Neue Donau (practically in the city center), just minutes away from a subway stop, that accommodates RVs (http://www.campingwien.at/camping-wien-neue-donau/). The same company has a site on the outskirts of the city, near the Vienna Woods. If you're looking to be closer to nature, this one looks great. Unless you're driving a 18-wheeler RV, I doubt you will have any trouble parking in Vienna or in most cities along the way (I see campers parked on the street all the time). As you travel, you will see hundreds of people doing the same thing. So, don't let this answer scare you. I've only traveled via car and tent throughout Austria, France and Switzerland, but I think it's fairly safe to assume that traveling your route will be easy and relaxed and you'll have no trouble finding camping. My only tip would be to call sites that are close to a city check if they are full or not. Camping with an RV is so popular you might have to make reservations. For instance, in July the campsite at Grindelwald, Switzerland was packed with RVs and we were lucky to get a spot with a tent. Good luck and enjoy!

Prague is beautiful, but is in danger of becoming a victim of its own beauty in terms of the sheer numbers of tourists.  I have family there, so I have visited in every season and can happily report that it's lovely any time of year, so if you have the choice, then try to avoid high summer (I prefer autumn and winter).

In addition to the most popular attractions, I would highly recommend visiting the original citadel in the suburb of Vyšehrad, which commands a stunning vantage point out over the Vltava River.  The Church of Sts Peter and Paul is a jewel box of a church which has been decorated inside with Art Nouveau style frescos, and the neighbouring Slavíncemetery is the resting place of Prague's great and good, and quite the place to be seen dead.

I am very fond of the monstrous Žižkov Television Tower, which regularly makes lists of the world's ugliest buildings.  As though its boxlike structure wasn't bad enough, is has been taken to another level of bizarreness by the addition of huge bronze faceless crawling babies by David Cerny, the enfant terrible of Czech sculpture.  There's a nice bar in the tower which is a pleasant place to have a beer after a long day of exploring.

Kutna Hora is an elegant town that was built on the riches generated by the local silver mining industry, as evidenced by the stunning St Barbara's Church.  It gets a lot of day trippers from Prague, but if you stop overnight, you can get a much better feel for the place.

If you like spa towns, then Karlovy Vary (the former Carlsbad) is the epitome of spa chic - personally I like the idea of spa towns more than I like the reality, as they tend to be full of grumpy old, sick, rich people.  Much more interesting is the nearby town of Loket, which has a fabulous location on a hill that is almost completely surrounded by a steep river valley (the technical term is an 'incised meander', giving rise to its old German name of 'Elbogen', meaning 'elbow').  It was a favourite hang out of Goethe's and it's not hard to see why.

My last suggestion would be the university town of Olomouc, which is a welcome antidote to tourist-overrun Prague.  It's a quietly unpretentious and charming town that's well worth visiting, with its main claim to fame being a massive Plague Column.  However, what I enjoyed most was the only 'socialist' Astronomical Clock I've ever come across.  These clocks - such as the one in Prague - usually feature religious figures such as saints and bishops, but under communism, these were replaced with worthy socialist role models such as agricultural labourers, blacksmiths and housewives.  It has to be seen to be believed!

Another great option is to spend time in the Lande (provinces) of Saxony and Thuringia, which include the lovely cities of Dresdenand Leipzig and extend westwards towards the Polish border.

Dresden in particular is a funky sort of place, and incidentally only one of two World Heritage sites to have its inscription withdrawn when the ever-practical locals voted to build a new bridge over the river to ease traffic congestion, thus 'defacing' the iconic historical riverscape which had earned the city its WHO status in the first place.  In addition to the more conventional attractions, I would highly recommend the DDR Museum, the harrowing Stasi Prison on Bautznerstrasse (a little tricky to find, but well worth the effort) and mustard tasting at Der Senfladen (including their startling Smurf-blue 'Trabi senf', named after the iconic DDR car which came in the same colour)

If you like nature, then you'll love Saxon Switzerland National Park on the German-Czech border (it's the Bohemian Switzerland National Park on the Czech side of the border).  The towering sandstone pinnacles which overlook the Elbe river are unusual and highly distinctive (they are often used for movie shoots, including the first Narnia movie), and well worth seeing.

Venturing westward, the jewel is probably the Wartburg Castle, a mountain fortress where Martin Luther fled from persecution and produced his translation of the New Testament into German.  Even though this does get very busy, it is one place that it's really worth braving the crowds, and if you stay in the attractive nearby town of Eisenach, then you have the opportunity to visit early in the morning before it gets very busy.

If you're looking for the quintessential German small city experience without the crowds, then I would highly recommend Naumburg.  The old town is picture postcard perfect, and the Dom is a masterpiece of Gothic architecture.  Its major claim to fame are the exquisite polychrome (painted) stone statues of donors who helped fun the cathedral's construction which flank the high altar.  The most famous is Uta, the wife of the Margrave Ekkehart, who is stunningly beautiful, despite being about 800 years old, and is reputed to have served as the inspiration for the Wicked Queen in Walt Disney's movie Snow White.

However, the attraction of this region is arguably not its towns and cities - lovely though they area - but the lovely countryside.  One of my favourite memories of the area is of rural roads lined with mature apple trees. We were there in early autumn, so you could just stop and help yourself to apples (my husband is German, so we checked!).

You've had some excellent advice already, but perhaps I can offer a couple of other suggestions in Germany (on this note, I am a bit confused why you mention 'west Germany', as you are planning to visit the eastern side of the country, and West/East Germany as countries ceased to exist with the fall of the Berlin Wall in 1989?)

Germany is usually a reasonably affordable place to travel by Western European standards, especially if you are self catering.  The eastern part of Germany offers even better value for money, and - outside he obvious attractions of places such as Berlin - tends to get far fewer foreign tourists than the rest of the country.

Given that you have a reasonable amount of time to play with (and depending on the time of year you plan to visit), I'd suggest a foray northwards to the Baltic Sea coast.  The island of Rügen is gorgeous, and offers glorious beech forests, beautiful beaches (albeit with bracingly cold water) and idyllic landscapes that inspired German Romantic painters such as Caspar David Friedrich, who immortalised the stunning chalk cliffs of the Jasmund National Park.  The lovely - and often overlooked - town of Stralsund is the gateway to Rugen, and has World Heritage status because of its impressive Red Brick Gothic architecture (unbelievably, the Marienkirche was the tallest building in the world in the early 17th century).  It may be of interest to know that the local member of Parliament for this area is Frau Angela Merkel ...

If you decide that you like the Red Brick Gothic style, then perhaps the finest example of this architectural style is the breathtaking Munster at Bad Doberan.  Other lovely places to visit in the area are the pretty town of Greifswald (which has an excellent art museum featuring some of Friedrich's work) and the tiny town of Wolgast, whose church of St Petri features a well preserved medieval 'Danse Macabre' fresco.