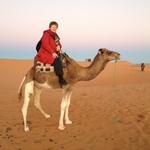 I'm a fairly nimble mature lady visiting Croatia for three weeks (late May into June).  I will start with several days in Dubrovnik and hope to ferry up to Split (understanding I must take a bus to Korcula at this time of year), then plan to rent a car to tour Istria and Plitvice Lakes, and then flying to U.S. from Zagreb.

If you were taking this trip, what would you do/see, how would you get there, and where would you stay/eat?  (I'm thrifty but not broke, and appreciate beauty, especially hidden gems.)

Thanks in advance for all your tips, hints, warnings and helpful advice!

Personally, I'd skip Istria and focus on the coastline from Dubrovnik to Zagreb.

Dubrovnik is one of my favorite cities and truly beautiful. Late May and early June is actually a very good time to visit as the season has started and everything is open, but the masses haven't arrived yet.

I would recommend renting a car in Dubrovnik like Andelko suggests and I would make a day tour to Kotor in Montenegro. It is 90 minutes-2 hours away, a small medieval town in a deep fjord with high mountains and a UNESCO World Heritage site.

Driving the coast line is really beautiful and highly recommended, but at the same time very slow. I wouldn't necessarily go to Istria but rather concentrate on the coast from Dubrovnik to Zagreb and maybe do tours to some of the islands, like Korcula, which is claimed to be the birth place of Marco Polo. From Dubrovnik you can take a 30 minute boat trip to the car free island Lopud with its 16th century village.

Not far from the coast where Korcula is you'll find Mostar, a beautiful old city just across the boarders in Bosnia, and its famous medieval bridge Stari Most (Old Bridge).

Split is a beautiful old city with ruins of Roman Emperor Diocletian's great summer palace built in the 3rd century. There are also many interesting places to explore around there. Just north of the city is a beautiful small medieval town called  Trogir and a bit further is a small city called  Šibenik with an amazing cathedral. Sibenik is built in slopes with narrow streets and many steps. I recommend driving the scenic route from Sibenik to Krka National Park national park where you'll find beautiful waterfalls and a monastery built on a man made island in the middle of the lake.

If you skip Istria Senj will probably be your last stop on the coast before heading to Zagreb. In Senj you'll find an old pirate castle, Nehaj Fortress on the hill above.

All along this route you'll have some of the clearest beaches in the mediterranean. Most of them are pebble beaches so beach shoes are a must (you can buy them anywhere).

Lissa
Thanks, Hjorur, for these wonderful details! Both you and Andelko suggest that I drive the whole way - my concern is that as a driver, I don't get to see as much as I can as a passenger…. Also, I have read that the roads can be scary, with unprotected drop-offs, particularly in the mountains. Your thoughts?

Toni
Best part abut driving is that you can stop whenever you want and change the itinerary as you go.

answered by
Toni from Croatia

Hjortur and Andelko gave a nice overview of Dalmatia. Since you have 3 weeks, I recommend that you also visit  Istra because of its unique character, distinct from that of other regions of Croatia.

Here are few places to visit in Istra (up the coast coming from Dalmatia):

The people, sights, wine, and the food in  Istra will make your visit worthwhile!

Lissa
Thanks, Toni! Yes, I've heard much about the beauty of Istra, particularly Rovinj and Porec, and will do my best to get there. I understand that in this part of Croatia, a rental car is essential.

Toni
You can also hire a car service or take a bus, but renting a car still works better. Boat trips are also fairly inexpensive where you get to tour 2-4 towns in one trip.

answered first by
Andelko from Croatia

i would take rent a car from Dubrovnik and make the tour. If there is reason for visiting Korcula, than this ferry route is one of few routes to Split. End of may and beginning of june is not so high season and many hotels are available at reasonable price; in Split I would recommend hostel http://www.gollybossy.com/en/home/ becouse of experience and price, also there is traditional restaurant ( Konoba Fife) at Split Riva(main square-promenade) I love it becouse you share dining table with other people, staff is relaxed, traditional seafood is served.Visit also Zadar on your way to  Istra and Plitvice Lakes National Park.

Lissa
Thanks, Andelko for the input and recommendations, especially the restaurant and lodging!

My partner & I did a trip through Slovenia & Croatia last summer, & we absolutely loved it. Here is a link to the Trip Report I did on Trip Advisor which you might find interesting/ helpful. The report was in stages, & this link is for the Split section - but once you're on TA you should be able to pick up the other sections of the report if you want. Hope you have a great holiday!