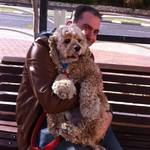 Is Corcovado open in December?

Hi, I would like to know if the Corcovado is open during December? Do I need to sign in advance for this trip? and what is the best option to arrive puerto jimenez from san jose? (flight or public transportation)

Hello Amit! Corcovado National Park is open during December. However, it starts out with lower prices and occupancy during the tail end of the rainy season but by Christmas the dry season has begun, every hotel room is sold out at special peak season prices, and the trails, zip-lines and white-water rivers are overflowing with tourists.

December competes with whichever month Easter falls in as the most popular for Costa Rica travel.

It’s the heart of the high season for international travelers and the middle of the school holidays for Ticos so activities and accommodations fill up quickly.  Advanced reservations (as far ahead as six months or a year for some of the more popular hotels) are strongly recommended.

Hotels and lodges have higher peak season pricing (20% to 50% more than high season) around Christmas and New Years Eve and many resorts and lodges have mandatory dinners and parties on those two nights (usually $50 to $100 per person). Minimum stays of three to seven nights are also common during the holidays so plan accordingly.

For the second half of December we strongly recommend booking your lodging and airfare at least three months in advance and six to twelve months ahead is much better for availability.

There are a number of access points for Corcovado, but Puerto Jiménez is generally considered the gateway to the area.  If you don’t have a 4WD vehicle transportation to the park boundary is available by private or collectivo taxi from there.  If you’ve got a reservation with a lodge they’ll be happy to help you with travel arrangements and suggested routes.

SANSA flys out of Juan Santamaría (where the International Carriers arrive) several times a day to Puerto Jiménez ($78), Golfito ($78), and Drake Bay ($80).

Prices are each way and there is no discount for round trip ticketing on either airline.  Be sure to note the 25 lb baggage restrictions and other recommendations, especially if you are traveling with surfing or scuba equipment.

Flying directly into the park on a charter is also possible at Carate east of the park boundary at Madrigal or into the heart of the park at Sirena.

There are other ways to get there, i.e. driving, by bus and boat. You better check this out on internet for more information.

Osa Peninsula is very remote but to me is Costa Rica's most picturesque, pristine, and exciting place. No other region can offer the extent of wildlife found in Osa and/or in Corcovado. If you ask me I will make the trip by plane as it will be faster and profitable. However, it is your choice. Two places that I recommend to stay at are Casa Corcovado Jungle Lodge and Lapa Rios Ecolodge.

This is the year of a strong El Nino.  It may change the weather pattern normally seen in Costa Rica.   It may be worth checking out some of the forecasts to see whether it will be abnormally wet or dry.

Second, if it is going to be wet, getting into Corcovado National Park is a bit tougher because flying becomes very limited.   So there are some compelling reasons to think about locating in an eco-resort that is either driving or walking distance from the park entrances.

There are a few....but not many....from which to choose.  We've stayed at Aguila de Osa and Luna Lodge (in Calate).  Both are excellent options.   Another really great ecolodge (our favorite) is Bosque del Cabo.   While it isn't close to the Corcovado park entrance, it has access to a wildlife migration trail so you see a LOT of local fauna in their reserve.   Plus, it's just one of the nicest and best run ecolodges on the peninsula.   The Osa Peninsula is a gem -- it's worth seeing at least once in your lifetime....or, in our case, almost every year.

answered by
Rae- from Toronto, Ontario

I was on the Osa in June. One thing that is easy to forget is you are at Mother Natures mercy. I imagine it is even more pronounced int he rainy season...for example..I could not leave the lodge I was at, as there is no road access and the waves were too big for a boat to get in...Had I waited until the day before my flight I would have missed it! One of my tours couldn't make it to pick me up as a tree had fallen and they could not get the horses down the trail, a hike I had had to be abandoned as it was too muddy to really walk comfortably....And this was NOT the worst of the rainy season.

I would advise if you are going in the Green, to do it at a Good Lodge, don't wing it alone, book tours with reputable guides..it is amazing, but I would have enjoyed a different time of yer, for sure..EL nino is kicking butt this year

Going San Jose to Corcovado National Park consumes the better part of two days.  If you don't have the time, you can not only fly Nature Air to Puerto Jimenez but also Drake Bay.  At Drake bay, you would need to arrange for your accommodation to pick you up as there is only a paved landing strip and a lean-to.  Nature air has weight limits on luggage as they fly only small aircraft.   The views from the air are magnificent, including seeing optical glories on the clouds below the aircraft in the morning.