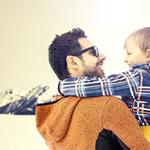 First timer to Costa Rica: where is the best area to stay?

Where is the best/safest area to stay in Costa Rica? I'm ideally looking for a place that is pretty inexpensive and has easy beach access.

You don't have to worry about safety as long as you have some good sence. Just take it easy on your first trip. I recommend Montezuma, travel to Jaco and take the water taxi. Its a cool small spot but nothing is cheap in CR any more. There is a great B&B connected to a butterfly garden that we thought was great and a little outside of town.

I'd say ... don't stay in one place. Over nine days, I went from San Jose to La Fortuna to Monteverde to Manuel Antonio. I never felt unsafe.

I'm not a big fan of driving in Costa Rica when I can avoid it. Your 4-hour drive is a 15-minute flight, and I think it's worth the extra expense to make the most of your time.

The jaded hipster traveler will tell you two things about Costa Rica: that it's too Americanized, and that San Jose is terrible. They are wrong on both counts. Costa Rica has its own flavor that happens to exist side-by-side with McDonald's and other things you'll see in the United States. And San Jose is waaaaay underrated. I think it's a lot of fun, especially the holidays when they have this crazy Christmas parade. If you're a soccer fan, try to be around when Deportivo Saprisa plays La Liga Alajuelense. Oh, and if you want to stay on the outskirts a bit, Escazu is very nice.

Kristen
Hi Justin. I am doing the exact same trip that you did! Can you tell me, was a 4x4 necessary?

Beaches on the Pacific side are our favorite. Consider Jaco Beach for a quieter area.  Jaco is close to Manuel Antonio National Park for amazing beaches and nature tours.  Last summer we stayed at Tamarindo which is more of a "surf party" with a variety of restaurants, places to stay, and lots of outdoor activities.

Another great part of Costa Rica is the volcano Arenal area in the mountains. We like Arenal Logde at the base of the semi-active volcano.  Costa Rica is safe.  We rent a SUV or van and drive ourselves around the country. Paying attention to normal travel precautions.  Petty theft is possible (watch your stuff) but we have never felt unsafe.

answered by
Jeff from Richmond

If you've got two weeks and you want to see a lot of Costa Rica then I'd recommend first checking out Monteverde for the first 2-3 days and then spend the rest of the time hitting the coast. Monteverde is up in the mountains and it takes 6-8 hours by bus and maybe 3-4 by car from San Jose. I've just taken busses and stayed in hostels when I've gone. The bus ride is less than $15 and the views are absolutely amazing on the way there. You can check out the cloud forrest and do cheap things like that or you can do zip line bungee jumping type stuff if that's what you're in to. After that you can catch a collective taxi back down to Manuel Antonio where they've got a decent beach and amazing rain forrest. It's definitely worth going there and paying to have a guide to show you all the wildlife. That costs $40 roughly but it's worth it. Then you can go either way up or down the coast. I like Montezuma as a nice beach town. It's got an amazing waterfall, good food, and people-it's safe. I decided to check out Nuevo Arenal last time and wasn't too impressed with the town but the views were amazing. It just seemed way too touristy of a town. Bars and restaurants that felt more like chain restaurants.  There are a lot of expensive resorts there so I think that a part of the reason why. If you have the time go through there for two days you should spend a few hours checking out the hot springs. You can pay $40 to go to a resort where they have man-made hot springs or you can go find the free local ones-they were pretty awesome. Anyhow, Costa Rica is pretty safe but you just have to follow the rules of each town you go to - some are safe to go out by yourself at any hour and some arent. I've never experienced it being too touristy or too expensive b/c I always go at the beginning of end of rainy season. I could go on and on but for a first timer I recommend those three places (Arenal being an optional fourth) and you can always change up your plans when you're down there depending on the weather, waves, people you meet etc...  Let me know if you want more details. Costa Rica is a great place for people, food, sights and all around a great experience. I recommend having a general idea of where you want to go and leave the rest open. Pura Vida!

answered by
Richard from Costa Rica 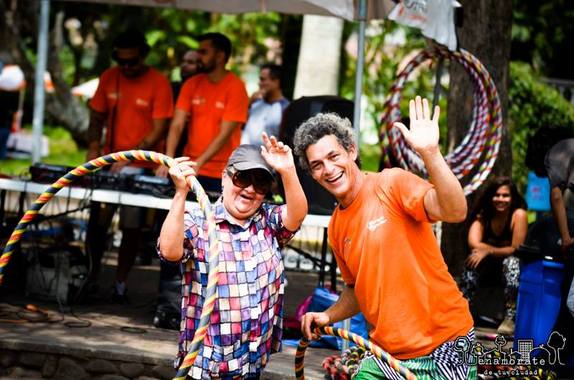 You have a lot of options on a budget including volunteering or work stays such as El Mariposario Montezuma Gardens (Montezuma gardens) offers (see Ryan). Hostels abound on both coasts and busses traverse the country in anywhere from an hour to six for Panama or Nicaraguan borders so you can actually backpack it all over in that time. Santa Teresa/Malpais area is good, there are brits there too.  You will feel a very similar vibe just about everywhere so staying close to departure areas may be only a convenience to consider. Give yourself a schedule with a little time leeway as many unexpected events can stop you but never for very long. As a first timer you should experience 1. volcanoes 2. beaches. 3. museums downtown 4. adventure sports such as ziplines (canopy) rappeling waterfalls with Pure Trek and crocodile tours in Tarcoles. 5. Meet wildlife of a different sort in clubs of Manuel Antonio, Escazu and downtown San Jose near the famous legal brothel "el Del Rey". 6. Go to an organic market such as the amazing Feria Verde de Aranjuez (Feria Verde Organica) held Saturday mornings in Polideportivo Aranjuez, it is an amazing education and many people speak fluent english and spanish to help.